The name is Balalaika, and I know that is a bit of a Russian mouthful so feel free to call me Red! I've been roleplaying for right around seven years now, which I suppose is not very long compared to a lot of the people here on The Guild, but don't let that scare ya away from starting up a conversation with me!

A Quick Run Down...
- I am very active, I will try to post at least once a day, and I would appreciate the same in return. If I am unable to post for whatever reason, I will be sure to let you know. Life gets busy for all of us sometimes!
- I will only roleplay over PM, just a preference of mine!
- I tend to play primarily FEMALE characters. I apologize if this is an inconvenience to some, but this does not affect my pairing preferences at all. I will happily play out both F x M and F x F pairings. The sexuality/gender that my partner's characters are does not at all matter to me, play whoever you desire!
- My post length varies intensely, but generally falls anywhere from High Casual to High Advanced. I am similar to many other writers in that it truly depends on what is going on in the RP at a given time.
- I am looking for long term RP partners, and hey, maybe even long term friendships if you like OOC chatting as much as I do!
- I am skilled and experienced in writing smut and do enjoy it and actually would love to incorporate it into a roleplay if it is logical and fitting.
- Depending on the plot, I can start out with one or two characters or perhaps even five or six. Regardless, I am always open to adding in new main or side characters. My side characters are not strictly female and I will happily play side characters of any gender. 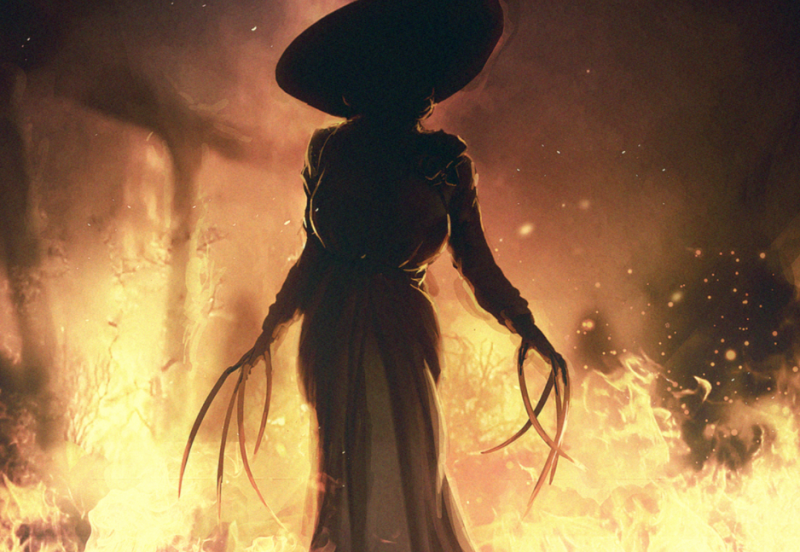 Plots & Cravings...
For starters, I am open to so many plots, so if my criteria from above interests you, don't be afraid to throw some ideas on me, no matter what they are! I love trying new things, so odds are I would probably find it really interesting!

Disclaimer: I Watch Too Many Crime Shows

If you hop into my messages with a plot that offers any of these three pairings, I promise you we'll be able to create something amazing. This is most likely always going to be a constant craving for me, and I always have different plot ideas bouncing around in my brain for this!

Yes, I Am Late To The Hunger Games Trend
I have a very loose idea for a potentially extensive plot that takes a few concepts from the Hunger Games and combines it with a high fantasy or kingdom setting. This would be geared toward a multiple character RP with a lot of world building and extensive thought. Essentially, It would be a modern/futuristic setting that the concept of the Hunger Games would come into play as a method by which the nation (currently unnamed setting) would select their next heir. Kingdoms select their finest tribute to enter into the games, and if their tribute is to win, they hold the nation's 'seat of power' with the winner as King/Queen.

Much like the Hunger Games, our characters could come together to break this cycle, or perhaps we create characters that run and manage the games to ensure order. Maybe both?

Again, this is totally just a shell of an idea that I would love to dive into and expand on with someone!

Supernaturals Galore
Almost all roleplays I delve into have a supernatural element to them, including the plot ideas listed out above! Vampires, werewolves, elementals, shapeshifters, you name it! I love to incorporate different and unique powers to characters, so feel free to do the same. I play plenty of human characters too, once again, it depends on the sort of plot we're dealing with! In Another Lady Dimitrescu Simp → 2 yrs ago Forum: 1x1 Interest Checks
Did I snag your attention, gamers?

The name is Balalaika, annnnnnd if that is too much of a mouthful, Red is fine too! I am new to the site, though certainly not new to RPing. I have been writing and roleplaying for over 10 years now and have made some incredible, life-long friends in the process. Perhaps you can be one, if you don’t happen to find me insufferable, XD !

Preferences? Oh, preferences... My tastes range wide from crime shows, to the Game of Thrones universe, to the deep dark depths of anime. You can expect to find me in the throes of action, drama and romance based roleplays. I tend to stick to one-on-one adventures, but if you can tell by my taste in plots, I have quite an open mind! I am truly versatile in that I can play one character in a loosely-discussed plot OR several in a world that we build together.

At the moment I am truly craving a one/one, F/F roleplay, (* curls up lips into a Lady D snarl * Stupid manthings! ) mind you, I am not looking for this to be a smutty one shot, although the romance aspect is overly enticing and I expect a grueling slow burn, I do have the formations of a plot in mind that I would love to share! In this instance, I truly do not mind to play Lady D or the female OC. If I had to choose, Lady D would be my preference.

I’d love to get to know you, so don’t hesitate to shoot me a PM!