3 days ago
Please tell me I'm not the only one on berries and cream TikTok.
2 likes
17 days ago
Anxiety attack at 1 am? Sure. Just what the doctor ordered.
6 likes
18 days ago
They say everything on the internet lasts forever. Ok internet, show me all my old AIM away messages. Betcha you can't.
2 likes
21 days ago
Sometimes (not always lol) I wish we could see every status we've ever posted on this site.
2 likes
24 days ago
My cities covid cases are bank to where they were during the beginning of this year. And yet I still feel like the only person freaking out??
2 likes

PM me if you are an advanced writer, will play male in FxM, or ok with doing FxF or MxM and are interested in the following genres: 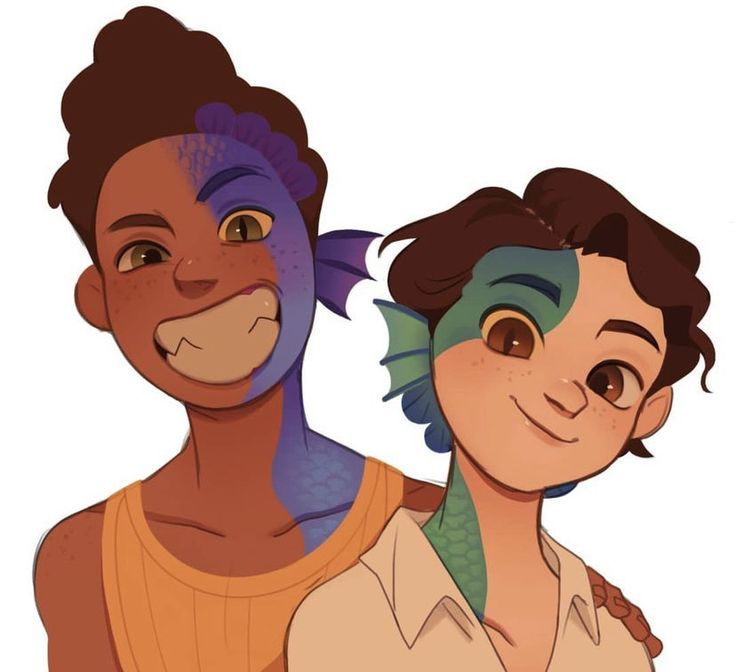 Ok I have a very specific plot I am looking for based off of Pixar's newest movie "Luca". My first and biggest requirement is that you've seen the movie and loved it. If you pass that requirement, my next is that you are more of an advanced writer. I'll get more into the nitty gritty later on.

For those who have seen the movie, you probably already have an idea of where this RP is going. Essentially I want to fast forward 5-8 years when Luca and Alberto are grown and older. I'm not sure if we ever learned their ages in the movie, but my guess is they are around 11-14 years old, so they would be around 18-22 in this RP. Basically I want to have the RP to start with Luca returning to Portorosso for the first time in 5-8 years (however long we decide) and it is his first time back since leaving. I haven't settled on the reason why he hasn't returned, or why he is finally coming back. Those are the sort of decisions I want to make together. Alberto will still be in Portorosso working with Massimo.

I want to pick up with them reuniting for the first time in years. There will definitely be awkwardness and tension, maybe even anger. It can be a struggle for them to get reacquainted, but eventually they are back to being closer than ever. And they come to realize how much they truly mean to each other. I think both will secretly have longed for and missed one another. They may have been too young to realize what it meant in the past, but now as they've gotten older and have gotten to know each other again, they realize what it is: love.

There are so many things we could include. Perhaps Luca and Giulia dated/are dating..Maybe Ercole seeks revenge? Maybe something happens in the ocean that makes them have to return. These are all ideas I want to discuss back and forth with a partner. We have the setting and the base of our characters, but there is so much more we could add and play around with.

I have decided that I would like to play the role of Alberto. I really feel like I could write his character well. He was abandoned by his father, then by Luca. He is going to be one moody, angsty sea monster lol. So I am looking for someone to play Luca.

For the nitty gritty:

-Looking for an advanced writer. I usually write on average 5-7 detailed paragraphs. Quality is far more important than quantity, but I would still like a decent amount to work off of.

-Posting frequency: at this point, I would be happy with once a week. I can promise once a week right now. I won't lie, my mental health has been crap lately so I am having a hard time finding motivation to write, but this idea for this RP came to me and I really want to see it through! So if I get inspired, I could easily post once a day. And if you ever have to be gone for an extended period of time, just let me know!

-Pleaseeeeeeeeee don't ghost me. At any stage of our RP. Even if we haven't started actually writing, don't ghost me. I am 10000% more happy if you are just honest with me. And I will do the same. Sometimes people just don't click and that is totally fine.

-With that in mind, I am going to ask anyone interested to share a writing sample. I will happily provide one myself if you'd like. I just have had bad luck going through the planning process of a RP and then finally getting to actually writing and realizing my partner and my styles are totally different. Nothing wrong with that, but sometimes it makes it difficult. Again, not everyone clicks.

-RPs and OOC will all be in DMs.

I'll do MxM, FxF, or MxF (though I prefer being female in MxF). Also I'll play against nonbinary, pan, trans, or really any character.

Normally I am a very advanced writer (5-7 paragraphs average), but honestly I'm so desperate to start something, I'm ok to do more casual length, like 2-4 paragraphs. Just no one liners please.

Please don't ghost me. It really bums me out, like way more than you just telling me you've lost interest.

Romance is a big must for me. I just love love. And drama. Be ready for soap opera level drama.

I do like using face claims- photo realistic or illustrated.

I am not really going to list any plots, but I have done so many SOL RPs in my 15 years of RPing that I can create something off the top of my head fairly easily. You want a jock and nerd pair? I gotchu. Bad boy/girl x good girl/boy, hell ya let's do it. Older adults? Sure why not. Neighbors in an apartment? Sounds good to me. The sky is the limit.

Ok here is the deal. I just rewatched Infinity War and Endgame, also finished The Falcon and the Winter Soldier, and it inspired a RP in my mind. Basically it's a RP that takes place during "the blip", which is the five years between Thanos snapping his fingers and the Avengers bringing everyone back.

The what is basically two people who survived and are alive during the blip have lost everyone. They are completely alone. I am imagining them to be a bit younger, like between 18-22, and basically have to figure out how to live on their own and survive. I am totally open to discussing the characters and their pasts. Also how they end up meeting. Now I plan to have my character just be an average human being from Earth. In my mind, the other character is the same, but I'm open to them being a super and/or alien. My only request is they are OC and can like function normally on earth (you know speak English since in my mind this takes place somewhere in the US since that's where I'm from and what I know lol). But I want to build this together and make decisions together.

Where this goes is totally open. If they choose to find a place to stay and try to make a life that's cool. Or if they live more of wanderers' life that's cool too. We could even play around with what happens when everyone is snapped back and their past comes back. Perhaps pre-blip they would have never gotten together for XYZ reason. It's all open for discussion.

I will say for pairings I'm open to MxM, FxF or MxF (though if we do MxF, I would like to play the female. I can't get into the mindset of a cishet man). You can also have your character be any gender/sex/orientation you want. I will say this though, I 100% want romance involved. It's a big part of all my RPs.

What I'm looking for in a partner is an advanced writer. I average 4-6 detailed paragraphs per post, with intros and transitions being much longer. I'm looking for someone who can closely match, though quality is much more important than quantity. I want someone who writes with me, adds to the story, is descriptive and passionate. I will throw this out there now, I loooooveee drama. The more the merrier lol.

Posting wise, I don't want to guarantee a post a day, so I'm not going to ask for that either. My hope is we each can post at least 1-2 times a week. But I understand real life happens. And if you want out of the RP at any point, please tell me. I'm way less offended when you are honest rather than being ghosted (including ghosting before we even start the RP). Being ghosted really irks me, I can't help it. And I promise to be honest too, sometimes it just doesn't work out. Not every pair is going to click.