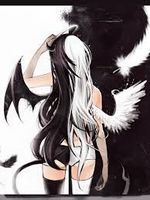 Hey there! I'm a female roleplayer (18+) from Europe (GMT+1) and have been roleplaying for several years. My favorite genre is fantasy, but I'm also open to many other things. Just sci-fi and futuristic stuff is not so much my thing.

My RP style
* Third person
* Past tense
* My preference are long-term RPs.
* I like character development, the storyline and characters getting more depths over time.
* I'm something between casual and advanced, usually write two to four paragraphs per post, depending on the RP, my RP partner and what you give me to work with. I can adapt, but one to two decent paragraphs per post from your side would be awesome.
* Detailed posts are what I enjoy the most. Detailed doesn't necessarily mean long. Show me what your character thinks and feels, how they move, what expression shows on their face when they speak etc.
* I tend to go with the flow. While I enjoy planning plots and scenes my characters usually have a mind of their own and often do their own thing.
* Too much time skipping is not my thing. I prefer to play things out.
* I prefer 1x1 in PMs (Discord works too). Small group RPs work for me as well, but I'm not good in larger groups. (And no, I don't prefer 1x1 because I'm just looking for smut. ^^)
* I usually can make at least one post a day (some days more, depending on my RL schedule).

You
* Your RL gender doesn't matter to me, but I prefer F x M (with me usually playing a female character) because that's what I'm comfortable with. If you are a RL female playing a male character that's fine with me.
* You must be 18+.
* Since I'm often up late I usually get along with many US people in regards to timezones, not only European people.
* It would be great if you could make one post a day or every other day (minimum twice a week).

A few general things
* I don't mind including NPCs or playing a second or even third character from time to time to make things more real/interesting and push the plot forward. (In that case I don't mind playing a male character.)
* I normally make a CS to get a better feeling for my character. I also use faceclaims (I don't mind if it's realistic FCs, anime or drawings), and if I'm really into a RP I tend to soundtrack it/make a playlist/have songs that remind me of the RP. Of course I'm always happy to share and discuss all those things with my RP partner.
* OOC chat is great. I like chatting OOC and it would be nice if we got along well on that level, not just our characters IC. I'm always up for discussing plots or even talking about the weather.
* I like unexpected things and surprises, but if you aren't sure feel free to ask.
* I love romance! If there is not at least some romance in the RP something is missing for me. But! I don't like to force it. Sometimes it simply doesn't feel right or doesn't develop between the characters. Also, the RP should not only be about romance solely.
* I rarely have any limits/triggers, and I enjoy dark plots very much. A mix of fluff and thriller/horror/etc is usually the best!
* Communication is the key! I'm always open to discuss things if the RP isn't going the way you wanted, if you want to suggest things or even if you only want to discuss the weather. So don't be afraid to talk to me.
* Please don't ghost me! I understand that RL happens or that the RP doesn't go the way you thought it would or whatever. If you can't/don't want to continue the RP anymore just shoot me a brief message. I won't be upset, I promise.

I like writing out smut, especially in RPs that have romance involved. In my opinion it helps the characters to connect. What I don't like is if the whole story is smut-based. There should be a healthy balance.

If you are not comfortable with writing smut I of course respect that and we can fade to black.

Where relevant I underlined the roles I would like to play in those pairings.

Beauty x Beast (Like the movie Beauty and the Beast)

Many years ago MC was kidnapped from her homeland during a war and sold as a slave to a nobleman to work in his brothel. YC comes to visit the brothel one day, meets MC and learns about her past. Feeling sympathy for her, YC helps MC to escape with the intention to help her get back home which isn't as simple as YC thought. Together they go on an adventure to reach their goal. Will they ever make it?

A Woman living in the 21st century accidentally travels 400 to 500 years back in time. She has to learn how to get along in the new world she now lives in and tries to find a way to get back to her old life, but of course that's not as simple as she thought. Then she meets the love of her life and isn't sure if she wants to go back at all.

My female character would be royal (a queen, a princess, or in a fantasy setting it could be demon/vampire royalty) and get kidnapped by your male character. Over time either my character as the victim would develop feelings and form an emotional bond for your character, the kidnapper (Stockholm syndrome). Or the other way around, your character as the kidnapper would develop feelings for my character (Lima syndrome). Or, as third option, they'd even fall for each other.
Everything from starting with the kidnapping over holding my character captive, the things that happen while she is imprisoned (which can be many things, even dark things; would be up for discussion), maybe even how she gets freed by the royal guards could be played out. Also, what would happen after her release? Would she want to be freed? Lots of possible scenarios.

My character is a psychic medium (maybe even a witch, depending on the setting we choose), being able to see spirits and communicate with them. She's even able to help lost souls cross the bridge to the realm where they belong after they have died. Normally she isn't afraid of spirits and other beings, until one day she finds a scroll on the attic of the house she moved into not long ago. By reading it out loud she accidentally summons your character who is an evil demon and makes her life hell from that day on. It's up to you how bad and evil he is, but he shouldn't make things easy for her, at least not in the beginning. He can hurt her, lie to her, trick her into things, whatever. I'm open to a lot of stuff and happy to discuss ideas. If they become closer over time that'd be okay, but if they remain kind of enemies that's fine too.

Those ideas are just that... ideas. I'm open to anything and everything.