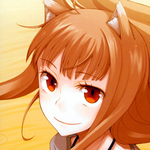 In From Oubliette to Oublioth → 5 days ago Forum: Casual Roleplay
Artemisia de Chauret

Like Locke, Artemisia wasn’t particularly in a position to do much more than what she was already doing. She might have put up her shields somewhat prematurely, but she was somebody who wasn’t particularly fond of leaving things to chance. So, she had the shields up before moving up to where she could actually be somewhat useful, not wanting to be riddled full of arrows before properly setting up.

Of course, she was beginning to think it was all a terrible idea to be protecting these people, since they were all so incredibly insane. To think that she had cast herself in with this lot… it did seem to be working, though.

Although there were still some flaws with the plan that they crafted together, Artemisia thought it was a good one for the amount of time they had to make it. The risk was high, but there was a good chance that they could make it out without incurring too high of a loss. The strange girl’s unexpected strength would be their saviors… and more importantly, Artemisia’s.

What she didn’t expect was for the dumb girl to start charging away at an impressive breakneck speed. The plan had called for a pretty good charge, but it had to involve careful timing and the entire party keeping pace. In a moment, she was gone.

And shortly after, she was back. With an army at her heels. And not her army.

“This was not in the plan!” She screamed, reacting at the approaching soldiers simultaneously. Although by this time, like her fellow allies, she was gradually suffering from exhaustion, she mustered up the strength to shield the party with her spells. Invoking a brief chant, a domed, semi-opaque blue wall appeared in front of them, supplementing the soft cover that Locke had provided with his smokescreen. Smoke would do little to contain attacks from arrows or spears though; she strained to stretch the protection to all angles that the archers could shoot from, but the effort was fatiguing. Thankfully for Artemisia, she was seated relatively comfortably on a saddled horse, so she wouldn’t fall even if she lost her strength. Although, if she somehow passed out, that was another thing entirely.

“Best if we all finished those archers off now. Our spells and projectiles can pass through, but I’m not going to be able to hold a shield this wide at this rate.” She grimaced, but began to spur her horse forward into a better position in the smokescreen. She just hoped they didn’t begin to camp in there, because even if the situation had changed, they still need to get a proper move on.
In From Oubliette to Oublioth → 13 days ago Forum: Casual Roleplay

Well, as it turned out, whatever they were doing, it was working out. Somehow, the least reliable person in their party somehow held up against the entire imperial force and even caused them to rout in the face of her… impenetrable body. She was still quite confident that whatever the dragon girl had done, it was impossible, but the stuff still happened, so…

Regardless, they were all alive, although Artemisia still had the distinct feeling they were still well and truly boxed in for the moment, even if the coast was clear and they were hiding out in a ramshackle derelict for a shelter. In any case, they still had to make up a plan for escape…

As the group’s impromptu healer, there were some responsibilities here to take care of, but it turned out that most people were uninjured, aside from the lizardman. She didn’t have many fond opinions of lizardmen, though, and he seemed to be off his rocker and actively injuring himself by driving the weapons stuck in him further inside… so she just kept away from him and left him alone.

“Absolutely not.” Artemisia’s answer was quick and decisive in response to Serafaye. “I’ve come all this way with it, and it’s carrying all my valuables. Unless you wish to carry all my belongings and reimburse me a horse afterwards, that plan is out of the question.” As if to show her resolve, she gripped its reins tighter and tugged the horse closer to her, making the beast snort in indignation.

Still, she gave the matter some more thought. Since their force was small, it would be indeed advantageous if they could stick to small, enclosed spaces, where they could make use of chokepoints to hold their position. If Serafaye could maintain her ability to… resist the regulars, then she would be extremely effective as a spearhead, or battering ram to get out of the ruined city.

“She’s right,” Artemisia finally responded. “If we stick to narrow or enclosed passages, it plays to our advantage as a small group. Instead of a diversion, we should rush their weakest point in the alleys and escape. If our strange dragon girl here can act as a spearhead, the plan doesn’t need to be much more complicated. I can protect our flank from attacks overhead with shield and healing magic, and I think we can keep that up until we reach the ruined walls.”
In From Oubliette to Oublioth → 26 days ago Forum: Casual Roleplay
Dude...

Ewan promotes into a super trainee in NG+ (Complete Eirika and Ephraim's route) and he becomes bloody OP.

Did you manage to get all the hidden treasures on that map?
In From Oubliette to Oublioth → 26 days ago Forum: Casual Roleplay
The best Fire Emblem game of the series.

I've played that game like a dozen times, where are ya stuck?
In From Oubliette to Oublioth → 1 mo ago Forum: Casual Roleplay
Nah. Gotta go for that pommel whip.
© 2007-2017
BBCode Cheatsheet