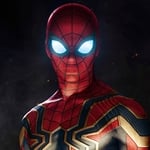 I'm not too complicated, but I'll put a little something here.

I'm a guy in my late twenties who works full time while also working a novel to call my own. In addition, I'm an avid gamer and lover of all things tech.

Due to my job though, I don't have a ton of free time so you won't see me joining a bunch of roleplays at one time. I'm here to both do some roleplaying and get some practice in by writing in an environment I enjoy. I'm pretty communicative so I'll always let people know in advance if and when an extended hiatus could take me offline.

Looking forward to writing with everyone.

Silence enveloped Cassian once he boarded the transport. His thoughts had taken him into his own mentality and his expression shifted to one of intense focus. Something was bothering him about Magpie's encounter, but the piece he felt was missing remained elusive. The senior contractor was more capable than most, yet she had run into trouble with this thing. More than that, it sounded like the encounter was even one-on-one, a situation where someone like Mag would enjoy a significant advantage, but even that had proven to be worth little. No one ever expected her to die on mission, but to have such a hard time with a single target was more illuminating than what it seemed like the others were giving it credit for. Cassian had never considered himself some kind of one-man army or even extremely capable, but his skill along with his ability had always allowed him to survive every situation he'd found himself in. As the speed of the transport slowed however, he began to feel a knot in his abdomen. He would need to take this threat very seriously if he wanted to return to the safehouse alive; he would need to do more than simply survive if he truly wanted to come out on the other side of this.

The transport stopped near the manhole Cider spoke of and Cassian made sure he was the last to disembark. He shook his arms out a bit and adjusted his dark jacket. Considering the nature of the target and the expectations on mission, the contractor had decided on wearing a uniform more fit for speed of movement and agility--black, tactical pants that fell over matching steel-toed sneakers and a fitting, grey t-shirt with a thin jacket over top. It was nothing fancy at all and offered zero protection, but Cassian's battlefield methodology had always been more about evading danger and minimizing self-injury as much as possible. His gaze shifted to the others and he took stock of them once more. This was the team, after all, and he would need to coordinate with them properly if he wanted to have a hope of being on the winning side.

He checked his extra magazines and his handgun one last time before re-holstering and pulling on a pair of thin, black gloves. They were plain to the eye, but also had squares of custom padding stitched into the palm and fingers on the front of each hand. With nary a word, he followed some of the others into the manhole and it was only a short trip before he emerged in a small office alongside Ambrosine. He made it just in time to catch a glimpse of Asche disappearing into a wall in a veil of wispy smoke. He raised an eyebrow. "Damn. Bet that's useful," he said to Ambrosine who was busy messing with her own gear. Once she motioned to the door, Cassian nodded his head, agreeing with her assessment. "Yeah, it's not the greatest noise. But, we're gonna have to see what's on the other side so... Here goes nothin'."

The handgun quickly reappeared in a tight two-handed grip, but lowered towards the ground. Cassian motioned towards the door with his head, expecting Ambrosine to follow, and took a slightly lowered stance just in front of the large slab of metal. After a moment, he reached out and grabbed the door handle and begun slowly pulling the door open.
In Black Lily [High Casual] → 1 yr ago Forum: Casual Roleplay
Thanks for the update, Heat.

Great post, Nox! Willard is behaving the way I kind of thought he would after reading his sheet lol. I enjoy his character.

EDIT - I'm probably gonna put up a post here tomorrow. It's not scene advancing, so those that haven't posted yet, don't worry. I just want to do more of a character post with Gabriel. After seeing how great everyone here is at characterization, I want to join in the fun lol. Scene-moving posts are great, but I end up focusing less on my OC and more on making sure the plot is advancing in a decent way.
In Ultralight → 1 yr ago Forum: Casual Roleplay
My bad bro, got a post coming up. Should be able to post it tonight or tomorrow, of which tomorrow I'm off.
In Black Lily [High Casual] → 1 yr ago Forum: Casual Roleplay
What's up everyone! Trouble getting up posts? We can extend the round another week if need be if you guys want to interact with this scene, or I can skip ahead if everybody is having a bit of trouble?

Of course, I'd still reply to you @Narcotic Dollie since you've put up a post already.

We're on to the next scene. The group is now heading towards a village to outrun the night, but a few surprises may be in store. Before that, however, you guys get your first taste of a quieter, more character-oriented scene. Here, you can chat with your fellow players' characters or do whatever it is you think your character might do with the time they have before reaching the village. This is another scene where you guys pretty much have creative freedom. This is probably where the collaborative nature of roleplay will really come into its own.

Post how you guys choose and I will have the world react dynamically. The only thing I ask is that you don't kill the other characters lol. Other than that, have fun and let's see what everyone comes up with!
In Black Lily [High Casual] → 1 yr ago Forum: Casual Roleplay
Crimson mist and smoky dust danced alongside one another as the Black Lily guild-members went to work. It was rare that a plan actually went accordingly, but improvisation had always been the guild's strong suit anyway. Gabriel glanced around as his fellow members took control of carts and slayed the bomb-spouting mages one by one. He was quickly reminded of the reason they had worked so well together for the past three months; though none of them could call each other friend in the traditional sense of the word, their collective propensity for fatalities had brought them together and it was undeniable that, together, they had to be one of the deadliest units in all of Pratus. One more thing was also painfully clear to the speeding mercenary as he settled his gaze on a carriage that had been relatively untouched. He realized that he had yet to pull his weight on a job that he, himself, had pushed for.

Lips twisted into a sinister grin under maroon fabric as emerald irides locked onto the unfortunate conveyance that was yet to be accounted for. A sharp pain dug into the side of the ebon courser inciting a strenuous neigh and a final push in acceleration. The masked mercenary, lowered and slightly raised from the saddle, sped past the other carriages and trampled over slaughtered bodies, reaching the untouched cart in an almost otherworldly amount of time. Gabriel wasted not a second more. All in one motion, he swung an lightly armored leg onto the back of his mare and pushed off violently, sending him up and into the carriage and causing his steed to lose balance and fall behind. As he landed, a broken spearhead emerged and immediately impaled the first unlucky magician through his abdomen. An instinctive boot rose to meet a charging bomber from the rear, sending him stumbling back and over the low edge of the transport just before the adrenaline-fueled merc trapped the arm of a knife-wielding assailant in mid-swing and forced the knife into the wielder's chest. He drove the man back, stabbing him a few more times as he forced his body to floor of the cart and locked eyes with the dying mage.

"Don't rely on shitty magic," Gabriel growled as his prey died, mouth agape. Erecting himself quickly, he turned and retrieved the spearhead, still resting in the warm abdomen of its target. Just as the rest of his comrades had done, Gabriel slayed his cart's driver and the entire caravan eventually slowed to a halt. A gloved hand pulled down the fabric covering his face and Gabriel hopped down from the cart before wiping his brow. His body was in plenty good shape, but it still wasn't a breeze to move quickly in even light armor. Gabriel's combat style was always much better suited to one who ignored armor altogether, but he also desired to live a few more years if he could help it. He only briefly glanced around to make sure the others were still living before he hefted a wooden box from his cart and dropped it unceremoniously on the dusty road. His gaze drifted upwards to the sky to be met with a mixture of orange, red, and even a little lavender. It was mostly cloudless, but the sun was descending slowly in the east. He cursed under his breath.

"It's already dusk, damnit," he said out loud to no one in particular, "And we're miles away from The Disk. We might have to travel to Braven and find an inn for the night." He collected his box and put it back on the cart, before climbing inside once more. He headed towards the driver's seat. "Guess we'll have to turn this caravan towards the east. We can't be this far out when the moon finally shows itself. It'll turn an already fucked day into something much worse," He echoed to everyone. He sat and took the reins of his cart and snapped the leather. The horses cried and begun a slow turn towards a small, almost hidden path leading away from the main road and heading towards a village you could just barely see in the distance. It was never safe to be out at night in the Wildlands, even if you were with a group. In the case of Black Lily, they had just had an encounter with men who preferred to use as much as magic as humanly possible and there was already a danger of the worst kinds of creatures coming to see what had drawn them there.