STATUS: that person got nuked real fast 9 days ago 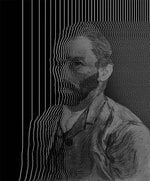 9 days ago
Current that person got nuked real fast
22 days ago
i wouldnt trust tate with anything but you do you
4 likes
28 days ago
B-b-b-b-b-b-based out in space.
28 days ago
... daddy
1 like
28 days ago
I was looking at interest checks, my bad, you may call me Susan and spank me
1 like

life is a prison and death is the key

Anyhow the real question is: Custom tags for rp threads, for more diversification. Like say you have lots of themes the normal tags don't apply to.

The intention for these tags was to be used in a search system so you could search for RPs that match your interests; allowing custom tags would defeat the purpose because we'd have about 200 different variations of "MLP" "My Little Pony" "Little Pony" "Equestria" etc. making it impossible to find anything that isn't using standardized tags..
In Feature Request Thread → 19 days ago Forum: News

Had another thought of a feature I'd love to see as a GM/thread owner, it would be nice to be able to see who is subscribed to your thread. To go a step further, in addition to banning a problematic player, it'd be helpful to be able to remove them as a thread follower. It's nice that a ban stops them from being able to respond to the thread, but they'd still be effectively subscribed and following along. If there was a reason to ban them, there's likely a reason enough to not want them following either.

I guess my counter question is why do you care? There's a very easy reason for why you wouldn't want someone posting in your thread anymore, but I am having a hard time wrapping my head around why you'd invest time and effort into coding a method (though it's probably not that hard) to prevent people from reading your thread altogether. They can't really do anything with it, save maybe plagiarize and/or parody it, but like, just create a new account and read the thread bro, it's not that hard to circumvent these types of thread bans, or just bans on RPG in general (and yes, I guess I would know

The privacy argument is a little silly though. Even ghost mode lets people you were on RPG in the last 0-12 hours so if you're trying to duck your way out of people knowing you haven't replied to them, it still doesn't work. So, who cares that people know you've subscribed to their thread?
In [1x1] Request for Broacien: a medieval, realistic universe. → 28 days ago Forum: 1x1 Interest Checks
Bump once more.
In Eye of the Needle (where Sci-fi & Fantasy collide) → 2 mos ago Forum: Casual Interest Checks

Fully understand that - everyone has their own pace and that's cool! We can potentially craft supporting roles for people who want to post at a slower rate. This would depend on you being comfortable not having as much impact on the group's strategy (unless you upped your rate during crucial points). There is also the option of you having a solo mission essentially once we get into the swing of things, for example going out to find help in a nearby settlement. You can then post entirely at your own rate, but i must say your chances of survival won't be great

How does that sound?

I think by the time the OOC is up I might have a better idea of whether or not this is something I want to write a laaaaaaaaaarge post for once every 2 weeks or so, or if I can kick myself in the ass weekly to write a literate-enough post for per your required schedule.

If the former, though, I'm pretty comfortable not having any impact or performing an auxiliary role to the strategy/advancement of it.

We are currently working on defining some of the playable species. As Catharyn mentioned we are open to suggestions before it starts properly, if anyone has any ideas of their own. Just bear in mind that, to Kanth-Aremek, Humans are a new and alien species. The crew of the Jotunheim will very much be strangers in a strange land. To preserve that feeling, there is not anything too Human-like that is native to that world.

Second suggestion: something big, strong and massively stupid. Maybe really, really slow too, so they're not even competent fighters, but they are competent shield bearers or workhorses or maybe they are really really dumb, but they understand physical sciences like nobody else and can tell you exactly how you can effortlessly lift something 20x the weight of the person carrying it using a special technique or (whatever science mumbojumbo you can come up with to sort of justify that), or they understand mechanical engineering really, really well (which is surprising cause they're dumb).

But mostly I still just want alternative wookies.
In Eye of the Needle (where Sci-fi & Fantasy collide) → 2 mos ago Forum: Casual Interest Checks

I tend to be a very slow poster and even a weekly post might be a bit too much for me (not because I can't, I'll be entirely up front about that -- I just don't want to sometimes) and I'd hate to force you guys to be a man down right off the bat so I'm going to wait with expressing full interest until I see the OOC thread. But, I am interested, yes. :-)

We are currently working on defining some of the playable species. As Catharyn mentioned we are open to suggestions before it starts properly, if anyone has any ideas of their own. Just bear in mind that, to Kanth-Aremek, Humans are a new and alien species. The crew of the Jotunheim will very much be strangers in a strange land. To preserve that feeling, there is not anything too Human-like that is native to that world.

Something like the wookies; small, furry, and murderous as hell.
In Eye of the Needle (where Sci-fi & Fantasy collide) → 2 mos ago Forum: Casual Interest Checks
@Catharyn What type of posting speed are you aiming for? Once a day? Once a week?
In Feature Request Thread → 2 mos ago Forum: News
@Dark Cloud I think that that is an oversimplification. It's not just Mahz not being here. The community has overall gotten less pleasant, moderation is more or less absent, this place is a wild-west. People have gotten away with saying vehement shit in the Discord for ages even when Mahz was here, lol.
In Feature Request Thread → 2 mos ago Forum: News

RPG does have a Twitter page; 2, in fact. One that Mahz used to run and also a more recent one that was managed by a former staff member that resigned awhile back. Both are, at this time, dead in the water, however. Given that RPG generally doesn't have a solid or stellar track record for social media, events and other such things (as we can see with Guild News or even the Writing Contests, for examples) for various reasons of their own, I wouldn't get your hopes up for a revival any time soon. I'd love to see more community/social-related aspects on the guild myself, but I've accepted that those don't really exist on RPG as of now outside of the RP spectrum.

I think this is kind of telling for the state of RPG at any rate and has become increasingly more telling as time has gone on since the last few years. I enjoy RPG for what it is and I have put my two cents in at times but ultimately kind of feel like it's not very useful. The features that are being requested in this thread are, at this point, legacy features that should've been included 3-4 years ago. We're asking for QoL features that you can get for free as PnP plugins on free forum hosting websites. I mean fuck, we still don't have an actual in-text editor like free forums that are focused on writing smut do.

I don't mean to look a gift horse in the mouth, just to disarm that argument before it gets thrown my way for the umpteenth time; I do appreciate that Mahz has made this forum available for us, and has continued to do so for ages long past the actual expiry date of this forum, but god, is it not frustrating that my favorite writing forum has slowly but surely died off, with multiple people sounding multiple alarm bells about it as time has passed and be ignored and/or put aside as trolls.

The people who have tried to breathe new life into the forum do have a pretty shit track record at keeping things running. I can't really blame them. Cliqueyness is rife on any sort of roleplaying forum and RPG is not an exception to this rule, and moreover running any sort of community event is a fucking thankless job that nobody really gives a shit about. We all want it; nobody wants to participate; and even less people than that want to actually host it. Multiple people have asked for more community stuff, official or unofficial, too, and were pretty consistently shown the door for it in the discussion/suggestion space. Consistency was never RPG's strongest suit either way. We can learn a lot from other roleplaying forums when it comes to this: they have welcoming commitees, design teams, moderators, janitors, admins that can actually control the forum as needed and, probably most noticeable, a head admin that is active and consistently making changes or, at least, present on the forum to remind people he exists.

But most importantly and IMHO, a point that is equally as important as the fact that Mahz is not here: people on other forums actually give enough of a shit to martyr themselves and take roles upon themselves. Nobody on RPG or the spaces around it is offering to do things or even considering doing things for RPG. Because there's no reason to, because we all know it's thankless, and because frankly the forum is on life support and we all know it.

The "we don't actively moderate/govern the website" attitude that is so prevalent among staff here that it's basically become a life motto has really, really hurt the website I feel beyond just giving people more breathing space to be toxic shits than needed (and yes, I count myself among those toxic shits; I should've probably been shut down ages before the big ol' hammer swung my way anyway). But beyond moderation, there's also no incentives to keep people actively on here and, when numbers start to dwindle, there's even less reason to come onto this site. We can't exactly reverse this.

A shitty QoL feature that is at this point outdated far enough that it's offered as PnP plugins for forums isn't going to change this. Nor is a twitter account, haha.