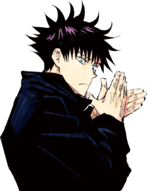 As Alisa's enhanced strength tore the vent from it's screws, with it came the sound of metal on metal. Talon flinched at the sound. It was louder than he would have wanted. He was about to say just that when Cybergirl apologized to him. He must have shown his irritation on his face. Luckily, Mirage had used her ability to dampen the sound. It was quick thinking on her part, and Talon was grateful. When it appeared that no guards inside had noticed the noise, he was relieved. So far things were going okay. Recognizing that his leadership would require him to be more supportive than he was probably coming off, he took the time to speak to both Cybergirl and Mirage.

Mirage lead the way first, and gave the rest the okay to drop down into the room below - it was clear. Talon was impressed with her natural ability to handle the mission - she was someone he respected and trusted, even if they hadn't had much of a chance to spend time together. Still, when it came to the field, she was coming off as incredibly dependable. She returned after only a few moments, Talon momentarily startled as her camoflauge dropped to reveal her standing an inch away from him. When she told them about the guards, Talon nodded seriously.

Things were going easily enough, she was a natural at stealth. Was it possible that room number one would be the key already? The thing they were seaarching for. He turned to Zatara.

"Zatara. Can you enchant that room? Make it look like the two guards are still standing around normally? Mirage and I are going to clear them out."

He turned to Mirage.

"Take the one on the left. Start cloaked, the second the other one moves I'll-" Talon had a flash in his mind. Slashing the exposed skin beneath a guard's chin, breaking a man's back before they even noticed someone was in the room with them. The violence dripping from the metallic talons of his gauntlet...

Things were moving smoothly with little input required from Talon so far. Mirage's abilities allowed Squad A to successfully pinpoint the guards patterns of patrolling, and with the additional support from Squad B keeping them informed of any variables that might come up, only minutes passed before the entirety of Squad A had made it to the most easily accessible infiltration route - the rooftop. The only thing that had changed from the original plan was Metamorph's deviation to investigate an unmarked vehicle not far from their location. Although he would have appreciated having Metamorph's abilities inside with them, his particular set of skills would be of more use where he was. Talon activated his comms and spoke to Squad B.

"We've made it to the infiltration site. Keep comms open - we'll be silent while we engage inside. Keep an eye out for Metamorph, and let me know of any changes outside. If you sense something is up, inform both squads. But do NOT act without my order."

He looked up at Squad A, all of them looking tense and serious.

"Cybergirl - that vent. Can you remove the top of it? And quietly? I want us in tight formation - first a camoflauged Mirage, then myself & Zatara, and Cybergirl trailing. Mirage can easily scout ahead using her ability. From there I've the most experience with stealth. If things get dicy enough, Zatara's magic would allow us a Plan B of either distraction or engagement. And if if it comes to that, Cybergirl's physical strength will get us far." He nodded to each of them in turn as he pointed out each of their roles. He was confident that this formation was best. From their entry point they could navigate the vents in the building until they came across what they were looking for - a computer room, or else an office that looked of particular import. He didn't want to split them up - the way their comms were set up was too much of a handicap to reach the others. But if he needed to he knew what he would do.
In Street Punk Serenade: Delinquent Days → 12 days ago Forum: Casual Roleplay 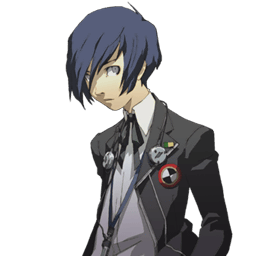 It wasn't long before the rooftop of Sarayashiki was beginning to fill up. Minato was glad that his friends were so quick to arrive. Yuya Takanashi was first, which was surprising to Minato. Of all of the members of the gang, he was one who closely resembled the traditional crass and volatile delinquent. His joining of Sarayashiki was recent, and his rebellious demeanor was one that drew scrutiny from Minato's inner circle. Both Ana and Ten Ton had expressed the wild-card nature he seemed to exude, and they felt he was someone who may not believe as strongly in what their gang could be. Minato heard their concerns and absorbed them. But he wanted to give Yuya a chance. Despite his somewhat prickly attitude, he had a particular honor about him that reminded Minato of the old samurai movies. Yuya offered Minato a drink but he turned it down. Minato didn't like to drink or smoke - he needed to stay clear headed, especially tonight. Ikue's message seemed of particular importance.

Minato was going to respond to Takanashi's offer but then came the powder keg that was Yonaka. She was wielding her trademark kendo stick, slinging it over her shoulder like a blade. Minato couldn't help but smile at her approach - she was always incredibly enthusiastic, and she had the energy of someone who truly believed in Minato's ideals. What other reason could there be for the looks he caught from her? He smiled again to himself at her joke regarding the "parasites" of the Student Council. Minato was rapidly growing to appreciate Yonaka more and more. She was expressive, sure. And a bit violent. Maybe a little aggressive. But beneath all of that belied a caring woman. Even if she'd step on you with the heel of her boot if you even dared to suggest it. Minato wondered if that was something Yonaka would have been into. Minato had heard rumors of the legions of boys she left broken at her feet if she caught them staring, or trying anything with her. She was...complicated.

"Yonaka. Let's hope tonight doesn't come to that just yet. I need my favorite to hang onto that frustration for just a while longer."

And now the others. The new girl that Yonaka had invited, as well as Ana not far behind, and of course the reliable Ten Ton. He nodded to Ana, their silent acknowledgement. Ana was always a source of strength for the group, a pillar of the gang with the way that she carried herself. Minato turned his head in order to take in the sight of the newest recruit, Mai. Now that the others were here, he needed to retreat back into the stoic leader he was. They may all be close, or getting closer, but things were going to start getting more difficult for all of them. The Diamonds were growing at a rate Minato wouldn't have predicted, and without the support of the Student Council, Sarayashiki's Delinquents would face opposition even at home. Minato knew the powder keg in the school hallways was about to go off any day now.

Minato turned again from the view off the roof and to the others who had surrounded him. He sat on the railing and addressed them - speaking softly, Minato forced everyone to listen close. It was his way of making sure everyone's attention was focused.

]"Everyone. I appreciate your timely arrival. The truth of this meeting is that it wasn't I who requested it. It was Ikue who called us all here. I imagine she'll be here soon. I don't like to conjecture, but I get the feeling that this isn't an ordinary gathering. When she arrives, give her the same courtesy you give to me during our councils. And afterwards..." He lifted an open hand to Mai.

"We have some introductions to make."
In Street Punk Serenade: Delinquent Days → 12 days ago Forum: Casual Roleplay

So I have been doin some thinking. I’m not sure how the two of you feel about it but I have been trying to mentally flesh out some backstory. In other words I need opinions.

Anyway, I was thinking that Ana and Takuya were friends before they met Minato, unsure how long, maybe since elementary school or something (up for discussion). And Takuya introduced Ana to Minato.

Unless one of you has another idea.

I think that is a good idea, and one I can get behind
In Street Punk Serenade: Delinquent Days → 15 days ago Forum: Casual Roleplay

Oh, wait- reading closer, my character was mentioned but not invited to the meeting...

Oh yeah if anyone is overlooked in that way, all of us were invited for sure
In Street Punk Serenade: Delinquent Days → 16 days ago Forum: Casual Roleplay
I’d like to keep our gang smaller without a large following of subordinates. If Takanashi would like to have been recruited in this way that’s totally fine, but I’d like most of the other clubs in the school to still be their own potential units, possibly in-line with the Student Council.

Don’t worry about honorifics, or staying true to real life hierarchy or Japanese history, just have fun with it so we don’t have to worry about any extraneous research for folks. The more fun and easier/casual the game, the easier we will be able to sustain momentum!

Looking forward to all the throw downs with you guys!
In Street Punk Serenade: Delinquent Days → 16 days ago Forum: Casual Roleplay

@Courtaud Question, why is Ana distrustful of Takanashi? My brain can’t focus on the backstory wall of text he has right now.

Lol he’s got a friend who’s trying to convince him to overthrow Minato and try and break the gang from within, or at least some version of that.

I’d say her suspicion stems from his previous affiliation with the Baseball Club gang
In Street Punk Serenade: Delinquent Days → 16 days ago Forum: Casual Roleplay
No worries, I've edited the 0th and posted in a regular post in order to get everyone else's eye on it
© 2007-2017
BBCode Cheatsheet