3 yrs ago
The most common color for highlighters is yellow because it doesn’t leave a shadow on the page when photocopied
4 likes
6 yrs ago
40000 Americans are injured by toilets each year
5 likes
6 yrs ago
A strawberry is not an actual berry, but a banana is.
4 likes
6 yrs ago
No one knows who invented the fire hydrant because its patent was burned in a fire
6 likes
6 yrs ago
Sea otters hold hands while sleeping so they don’t drift away from each other
3 likes 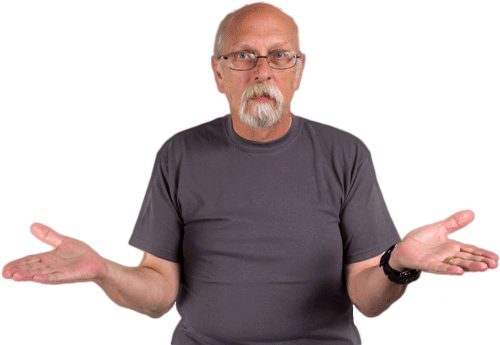 In Hi:-D → 15 hrs ago Forum: Introduce Yourself
Welcome!
In The Elder Scrolls: City of Anvil → 3 days ago Forum: Advanced Roleplay

Now here is a friend with plenty of characters.

Several members of the SRN were not satisfied with their payment. The Earth paper currencies had uncertain values in the post-war economy. Upon being pressured, Yarik and Beanie handed over their shuttle as compensation. The two of them (and the surviving drell soldiers) would be tagging along with the refugees, and would no longer need the shuttle for combat missions. This meant the SRN team now had their own vehicle to travel around in.

Upon confirming with an SRN "director" (the identify of whom was still not known to Katya), the group was instructed to meet Dr. Unira T'Lam in Havana. The director acknowledged Sigma's death (with minimal sympathy), and congratulated the team's success. As such, two replacement members, a turian medic and a human engineer, would waiting to join up at Cuba.

Before departing, Yarik reminded Keslia and Kysar to procure better biotic amps. According to the drell, his "economy class" volus-made amp had been giving him headaches since for weeks, and it's only fair they hook him up with asari or turian alternatives as payment for leaving with the orb fragments.

The actual flight across the Atlantic happened within a day. Katya had just enough training to fly the shuttle with the help of a nav computer. Even though it was below the capacity of 14 human-sized passengers, the shuttle shambled awkwardly through the Atlantic winds, making rest of the thinly cushioned seats even more difficult. The most uncomfortable part of the ride was having no lavatory; the closest thing was a stained bucket smelled of drell bodily fluids.

It was late in the night when the group arrived at Havana spaceport. From above, the smattering of lights among skyscrapers and antiqued buildings was a stark contrast to other ruined Earth cities. During the reaper war, half of Havana's population was lured into processing centers elsewhere by indoctrinated leaders. The other half, currently running this city, fought a countryside resistance under the leadership of a krogan quarterback. The frequent traffic of aircraft and spacecraft was a testament of how vital this place was. So busy was the spaceport, in fact, the SRN shuttle waited more than an hour before they could land.

Out on the Cuban streets, Katya found a jubilant city (at midnight, no less!) Colorful streetlights and holograms dotted the streets. Bars were buzzing with tipsy goers, laughing groups (consisted of both humans and others) walked by, and occasionally, cars of both the land and hovering varieties zoomed by blasting Caribbean music. There's no signs of dead husks; a far cry from Windhoek.

After locking down the shuttle in a secure hangar, Katya found herself checking into a resort on the Malecon. It had been months since Katya slept in a full-sized bed, with the proper amenities of a hotel suite to match (even a mass effect field jacuzzi!) It sure beat Alliance bunks, and it certainly beat sleeping in a greasy hangar. Katya rested so well that she forgot to check up on Solveig in the morning.

It was Solveig who knocked on her door came morning. She seemed to have completely recovered from her ordeal in Namibia, or at least, recovered enough to give an impression of complete recovery. She stood in the dorrway of Katya's room, dressed in her Alliance uniform. Katya, on the other hand, was in her sleepwear and bathrobes. The sun was just rising in the window behind her.

Katya asked Sol to come in, have coffee and...

"I should go." Solveig declined. Duty called, and she would be catching the first Alliance ship this morning. As always, the nature of her recall was classified.

The news shocked Katya. But then she remembered Solveig was still an active-duty military member. Her cousin-in-law probably used her few days of vacation to fight in a desert. Katya suddenly felt terrible for dragging Sol into the whole SRN business. She's the only relative left on Earth, and they should be doing something better than together than merc work.

Oh well, no point dwelling on it now. Katya gave Sol a big goodbye hug, one that Solveig reciprocated clumsily. "Stay safe out there," Katya told her, "and you can always come back, if you need to."

Immediately after, Katya found two unread messages on her datapad.

I cannot travel to Havana at this moment. There has been security concerns with members of the crucible project.

Please stand by and accept this payment for the artifact's safekeeping. I will be there later this week.

Both new team members have confirmed their arrivals in Havana. Their contact information is included in dossiers.
Forwarding the messages to the rest of her team, Katya began making arrangements for the newcomers. A medic without a gun and a engineer way too attached to the Citadel; useful skills, but she's not certain about either of them. Hopefully they wouldn't die as fast as Sigma.
In Current Mood in One Gif → 2 mos ago Forum: Off-Topic Discussion

In Current Mood in One Gif → 2 mos ago Forum: Off-Topic Discussion