10 posts
in 1411 days
Seen 4 yrs ago
As an ardent fan of the web serial currently, and formerly, known as Worm, I would like to inquire if there perhaps might be room in this particular story for another character?

My current thoughts are centered on a vigilante that could probably be pushed to more legal ventures (PRT) or the-end-justifies-the-means type of violent caping that inevitably ends in tears, depending on what happens IC of course.
2x Like

83 posts
in 1424 days
Seen 4 yrs ago
@Avice Welcome to Worm fan paradise, my friend! The more the merrier, not that I am in charge.

@Old AmsterdamYou wouldn't be the PRT's sponsored entry, but they would have ordered you to enter as an independent with the same reasoning as Knight and Ifrit. or Ifrit, at least =P

@AviceGlad to have your interest! W'll always be open - a fresh supply of new blood keeps things interesting. Make a CS and submit it whenever ^.^

@SkinnyTyThey are correct in saying they aren't in charge, but they might as well be. Skinny's as likely to keep you right as anyone else here =P
Hidden 4 yrs ago Post by Old Amsterdam
Raw —
coGM

1726 posts
in 1595 days
Seen 9 mos ago
Bio
@Sickle-cell
Oh, definitely. But I figured it'd be a nice way to introduce him.
Hidden 4 yrs ago Post by PlatinumSkink
Raw — 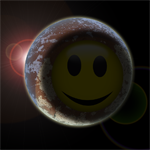 Welp. It's been fun. Fortunately, we both have suits of armor, maybe she can't break through? Fat chance, huh. Haha. Even in her power's armor, Knight will risk losing her eyes basically constantly, hahaha. ... Yikes.

@Sickle-cell When do we learn of who we're facing? Do we have a scout reporting from the scene or something?

On another note, I hope there's a moment's pause where I could have Rosaline check her email. Haha.

I assume she hasn't been able to make her report yet.
Hidden 4 yrs ago Post by Sickle-cell
Raw —
GM

@PlatinumSkinkYou won't die - Wonderland is very careful about that. You'll find out on arrival. You'll get a chance to receive the email before heading out to the Circus ^_^
Hidden 4 yrs ago Post by Sickle-cell
Raw —
GM

699 posts
in 2722 days
Seen 6 mos ago
Bio
I need to thank you btw, @Banana. You've given me the chance to bring over one of my favourite canon Worm character to Boston. There are a few kicking around, but they all have very Boston twists. Except Kaze. Her twist is that she's actually here :-P
Hidden 4 yrs ago Post by Old Amsterdam
Raw —
coGM

1726 posts
in 1595 days
Seen 9 mos ago
Bio
@Sickle-cell
Either or. I can post having him show up at the Circus after some random mook at the PRT gave him papers telling him to report there as a solo Cape.
Hidden 4 yrs ago Post by SkinnyTy
Raw —

ProPro Pierce the Heavens with your spoon!

Member Seen 21 days ago
ProPro
Pierce the Heavens with your spoon! 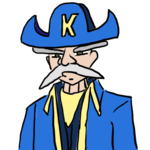 Ummmmm.... who is Black Kaze? @PlatinumSkink

worm.wikia.com/wiki/Black_Kaze
Hidden 4 yrs ago → 4 yrs ago Post by SkinnyTy
Raw —

Well from what I understand she can only teleport through empty space, so @PlatinumSkink you should be able to counter her pretty effectively right? Like you said, we both have armor which should give us leeway, etc. I will habe to reread what I can about her.

The next question is who is Talion?
Hidden 4 yrs ago Post by PlatinumSkink
Raw —

Allow me to give a more realistic version of what will happen.

Version 1: Knight attempts boxing her in. Black Kaze notices, and teleports out of the confinement through whatever open space she can before Knight can close it. Black Kaze then teleports to slice at Knight. If Knight manages to put up a shield, then she'll just side-step it until she gets a good shot in. Then she has an unlimited amount of strikes to find a weak point in Knight's armor. Believe me, she'll find one.

Version 2: Knight goes armor mode and attempts a frontal attack. Sure, Knight is now immune to her attacks, woo. But, she has a single attack to take out Black Kaze in. She must hit this first charge, or it's all over. ... And Kaze sees the attack coming and teleports aside. Knight know has to open a hatch to regain her bearings to see outside, and Black Kaze makes her move. Once again, she has an unlimited amount of strikes to find the hole in the armor, Knight loses her eyes.

And that is under a span of less than five seconds, both scenarios, Knight VS Black Kaze. Now, I don't know if Ifrit will bring anything that changes this dynamic, but hah. And that's without counting Talion, who's probably someone original to this roleplay, or at the very least an original character currently under Sickle-Cell's ownership.

There are reasons why Black Kaze's considered one of the deadliest parahumans in Worm. ... I just wonder what the hell she's doing here, if we go by the assumption that it's actually her. Hah.
Hidden 4 yrs ago Post by SkinnyTy
Raw —

83 posts
in 1424 days
Seen 4 yrs ago
@PlatinumSkink I see what you mean, but there are some things to keep on mind. I will save most of the strategizing for IC, but one Black Kaze's biggest advantahes is that her ability allows her to be extremely mobile, she can engage and disengage any target at will. If a fight isn't in her favor, she simply escapes the situation and then returns at the opportune moment to take advantage of a weakness. In this fight, at least, that strength is largely limited by the nature of the engagement, the combatants are forced into a restricted space. It hasn't been made clear just how restricted, but she won't have the ability to disapear entirely.

That said, her mobility and striking power still makes her extremely deadly in this fight, but I think I have some ideas on how to take advantage of her limitations. First, we need to know who Talion is though.
Hidden 4 yrs ago Post by PlatinumSkink
Raw —

2849 posts
in 2803 days
Seen 16 hrs ago
@SkinnyTy I will say that I think the number of parahumans in canon who can handle her in a 1 on 1 fight in a boxed-in circumstance probably don't go above the single digit. When sneak-attacking? Sure, then the number becomes a lot higher, but as long as she knows of you she's supremely hard to beat. But, I do find a degree of hope in the fact that this is a 2 on 2. Meaning, it is theoretically possible one of us can strike her while her attention is on the other, heh.

But, acknowledged. We'll see what happens. Hah.
1x Like

ProPro Pierce the Heavens with your spoon!

Member Seen 21 days ago
ProPro
Pierce the Heavens with your spoon!

2231 posts
in 2019 days
Seen 21 days ago
Have her fight Replicant. Sure he'll die horribly, but as she slices him up his body will explode on her in a cocktail of every horrible sin against nature he's ever created. ;D
1x Laugh

Gardevoiran Reading or remembering, not both.

Member Seen 1 day ago
Gardevoiran
Reading or remembering, not both. 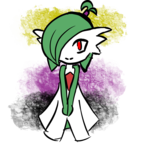 3190 posts
in 2062 days
Seen 1 day ago
Bio
@Sickle-cell
No problem. I'm just hoping I get some sick-ass character development soon.

Also, probably a good idea for Anomaly to have a better costume, considering you could easily recognize her based off arms alone.
Hidden 4 yrs ago Post by Sickle-cell
Raw —
GM

699 posts
in 2722 days
Seen 6 mos ago
Bio
@BananaYou definitely will. Will post next IC tomorrow with more details.

Also, what is the worse/best sign ever for a player? When the GM is screaming internally, desperate to spoil his plans that you are literally discussing and that are working perfectly, but at the same time doesn't want to because I wanna see your reaction to the bombshell =P
1x Laugh

1726 posts
in 1595 days
Seen 9 mos ago
Bio
@Sickle-cell
Y'know, actually, if you want to take the extra load of dropping Gamble in, let me know. Just trying to figure out what I need to do with him atm.
↑ Top