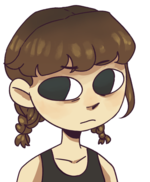 Toshi is a boy with a bright smile and a messy leaf green head of hair. He has soft facial features and a slim build. Toshi's brown, round eyes are paired with a button nose dusted with freckles. He is very fashion-forward and likes to match with his pokemon.
Pokémon:

Mantine, Female
Name: Mantine
Nature: Bold
Ability: Water Absorb
Moveset: Bubble, Icy Wind, Water Pulse, Swift
Personality:
Toshi is an optimist with a young heart and a head full of dreams. He is very ambitious, but kind and caring. He is an ambrivert, easily slipping into social chatter but feeling content when alone with his pokemon. Although Toshi is very encouraging, he is also a bit too much of a romantic, thinking everything will go in his ideal ways. The green haired trainer often thinks everyone wants to make friends, and doesn't stop to consider that maybe he is just a tad naive. Someone could describe Toshi as "girly" from the way he dresses and behaves, but this has never been something he has been ashamed of. In the end, Toshi is quite down to earth.

Background:
Toshi grew up in Goldenrod City, Johto. He had quite an ordinary childhood, normal parents and three older siblings. Toshi was never into pokemon battling, but he loved pokemon and admired their display of skill. From a young age he has wanted to become a pokemon coordinator despite all of his siblings aiming to become gym leaders.
Toshi gained his first pokemon friend at a young age. He'd always been quite the nature's child, exploring and wandering off here and there around the Johto region, to her parents' horror. When Toshi was six years old, he got lost in the Dark Cave - a pitch black cave in Johto. There he fell and scraped his knee in the dark, beginning to cry in panic as he realised he didn't know the way out. His saviour turned out to be none other than a Dunsparce living in the cave. Toshi had happened to wake the poor thing up with his crying, and the kind yet relaxed Dunsparce calmed Toshi down, guiding him out of the cave. As they exited, Toshi noticed this Dunsparce wasn't the colour he'd seen in his pokemon academy books, and the two became good friends for years to come.
Toshi made his way to Rorie islands after he won in a raffle and got tickets to a vacation there. Along the way to Rorie island, Toshi's party grew with one as he caught a Mantine during his travel across the sea. The Mantine, however, seems to not like Toshi very much, and doesn't really listen to his instructions.

Other: Toshi is an aspiring pokemon coordinator.
Hidden 9 mos ago Post by Salenea
Raw —

Member Seen 3 days ago
Salenea
Gatewatcher
193 posts
in 927 days
Seen 3 days ago
I don't know, how can one forget about pokemon centres and their friendly nurse Joy

Appearance: Gabe is 5 ft 11 in and is average weight. Gabe has short dark blonde hair and deep blue eyes. He wears a light coloured short sleeved t-shirt and black leather lacket if its cold or raining. He wears green and grey camo trousers. He travels light with a medium sized backpack

Personality: Gabe is outgoing and friendly. He loves chatting and making friends. The more the merrier. He is rash and fickle-minded but a very loyal friend. Gabe cannot be alone, he needs people by his side to talk to or he'll feel lonely very quickly.

Background: Gabe lived with his parents and older sister on Rhando Island in Lilan Town all his life. He joined the academy once he had the right age but the school life was not for him. He was bored and craved adventure. When he was 14 he had it with school and wanted to start his adventure. His sister Sarah escorted him to the Unove Region where he picked up his Tepig. He had gotten the Mareep as an egg while he was at school and he found Machop astray in Unova. Gabe found less joy in travelling so far away with hardly anyone around and pretty much started travelling back from Unova after he got beaten in the first two gyms.

Other: Now he is back and wants to try out the Rorie League while figuring out what to do with his life. He realised he can't continue to wander aimlessly through life as he did up until now. Being a ranger might be something for Gabe

It's a good thing you have remembered, CitrusArms, the Pokémon Centers on the islands offer the same service as seen in the anime.
Hidden 9 mos ago Post by CitrusArms
Raw —

3417 posts
in 2221 days
Seen 1 hr ago
I was just thinking they'd probably work more with the rangers, seeing as they're both part of the Association.
Hidden 9 mos ago Post by JrVader
Raw — 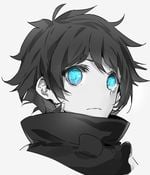 176 posts
in 546 days
Seen 1 hr ago
Help, I am so behind that I do not know how to move forward with Lucian
Hidden 9 mos ago Post by Calle
Raw —
GM

716 posts
in 2212 days
Seen 7 hrs ago
Bio
You're not really behind, no-one has moved far since you found your Umbreon.

Regan decided to head to Evoru, but will have to kill a bit of time because the ferry to Evoru hasn't arrived yet.

Sarah and Lorie are talking and have to decide where to go next.

Toshi practised for a contest, but that hadn't turned out as planned.

That's it really, everyone is still in Mesperit City. All you have to decide is what you would like to do. There is a poster on the newspaper kiosk warning about Spinarak and Ariados, you could check out the gym, or go into the forest to catch more Pokémon. And maybe one of the others players wants to join Lucian, or you could join one of the other players as they work towards their plans.
Hidden 9 mos ago Post by JrVader
Raw —

Character form:
Username: JrVader
Name: Alexandra Tucker
Age: 19
Native or visitor: Visitor from the Kalos Region
Appearance: She looks Just like Lucian, being his sister. She has the same grey hair and red eyes, but instead of having her hair short and wearing a cap, she has it flowing down to her ankles. Alexandra usually wears a red shirt bearing the Tucker family crest, a red and black striped skirt, and sandals.
Pokémon (max 3):
Lucario
Charizard
Personality: She is very much an entitled prick. She acts like she is higher than everyone else and is very prideful of her family name. If you even somehow disgrace it, she will challenge you to a Pokemon battle.
Background: Alexandra Tucker was born with a silver spoon in her hand. Her parents knew she was destined for greatness. Since she was the eldest, it was her destiny to become the head of the Tucker estate and company. That kind of power got to her head and inflated her ego. She loves Pokemon, and always strives to be the most powerful Pokemon trainer in her family. But the Pokemon sensed her ego and power hunger, and tend to stray away from her (She only has her two Pokemon becuase she got them at birth). Because of this, she was always envious of Lucian, who got along with Pokemon as if he was one. So, Alexandra treated Lucian like crap. Always belittling him. Once Lucian disappeared, his parents worried, like any parent would, but his sister did not. She saw him as another obstacle out of the way.
Other: She is out looking for Lucian on her parents orders, that's it.
Hidden 8 mos ago Post by Calle
Raw —
GM

Member Seen 3 days ago
Salenea
Gatewatcher
193 posts
in 927 days
Seen 3 days ago
Calle, Sarah is going to find a Weedle soon and she wants to catch it. She'll try to use Bulbasaur first.
1x Like

Member Seen 3 days ago
Salenea
Gatewatcher
193 posts
in 927 days
Seen 3 days ago
Only did a small part on Sarah in this post because I did a big one three posts earlier and can't progress there yet.
Hidden 8 mos ago Post by Cio
Raw —

Calle, Sarah is going to find a Weedle soon and she wants to catch it. She'll try to use Bulbasaur first.

It's a catch
Hidden 8 mos ago Post by Cio
Raw —

482 posts
in 550 days
Seen 8 hrs ago
Bio
@Salenea@CitrusArms I'll get replies up asap, sorry for the wait!
Hidden 7 mos ago Post by Calle
Raw —
GM

716 posts
in 2212 days
Seen 7 hrs ago
Bio
It's been 10 days since the last post was made. I don't know how busy everyone is, but it would be great if someone could reply again.
↑ Top