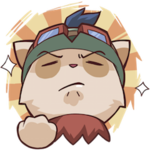 3066 posts
in 2745 days
Seen 2 hrs ago
@Stitches@Bazmund@Hawthorne very fair critiques, most RP's usually start with a sort of closed start, and I thought changing it up might make things more enjoyable- I wanted to avoid the sort of 'everyone meets in a tavern' kinda vibe, but I can also see why leaving it completely open can stall things. Bazmund's point about unfamiliar groups in an unfamiliar setting is also fair, the last iteration of this was made up of mostly of returning players and people I had plenty of contact with- I forget that other people aren't as familiar with my brainchild as I am. Its also been quite a bit of time since I've run an RP of my own, so I thought I'd try mixing things up a bit, live and learn I suppose.

My plan for a soft restart was to just migrate everyone over to a new thread for a sort of fresher feeling- more of a mental restart for myself than anything. It would also give me the chance to change up my opening post as well, I think the idea of starting in the orientation would be more cohesive as well. Not going to request people to change up their character sheets or anything- those all looked great, just a clean slate move to a new thread. Though, as Stitches said, I could just sort of timeskip us an hour or so forward into the orientation- it just might feel a little jarring.

Ah, another topic that I sort of dread to bring up- how do people feel about discord? I have pretty mixed feelings towards it- at first I thought it was a good idea, but I know it can get annoying because nearly every thread has them now. It also effectively makes the OOC obsolete, which I'm also not a fan of. That being said, I've never been the quickest at communicating on the Guild, and discord would make at least answering questions/making clarifications faster.

1546 posts
in 2743 days
Seen 3 days ago
We've done a new thread for our RP before and it really works, so I'm not fussed. A discord allows for faster OOC communication but does end up making your thread look a bit dead on RPerguild. I'm fine with either, so I suppose it's up to the others to make up their minds.
Hidden 2 mos ago Post by Dog
Raw — 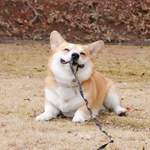 Member Seen 9 hrs ago
Bazmund
Not a Doctor 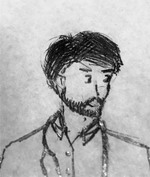 480 posts
in 1554 days
Seen 9 hrs ago
Bio
New threads work a treat a lot of the time, we've found at least, and while a discord does make things seem a bit dead on the guild itself, that's mostly to *other* people looking *in* on us. The discord is usually reasonably alive for our own game, and it's a very convenient space to field GM question time.
1x Like 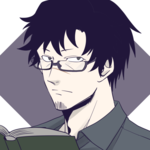 262 posts
in 887 days
Seen 1 day ago
Bio
I don't really mind a Discord, especially considering we seem to be full up on players (with a few in a potential waiting list?) anyway. And a new thread is fine as well. Really, I'll roll with whatever.
Hidden 2 mos ago Post by vietmyke
Raw —
GM

3066 posts
in 2745 days
Seen 2 hrs ago
Alright! Good to get everyone's opinion. I'm finishing up some class stuff right now, but I'll get a Discord and new thread up sometime tonight, and then I'll likely try to redo my introduction post sometime tomorrow
2x Thank

3066 posts
in 2745 days
Seen 2 hrs ago
Alrighty everybody, here's the link to the discord- I'll assign everybody to the correct role as they filter in

1424 posts
in 2726 days
Seen 7 hrs ago
I have returned from my field exercise and will finally begin to be active this weekend! Glad to see people are still here!
Hidden 2 mos ago Post by vietmyke
Raw —
GM

3066 posts
in 2745 days
Seen 2 hrs ago
Hey everybody! Here's the new OOC Thread for Falling Skies moving forward, go ahead and migrate your CS's over to the new thread.
↑ Top