92 posts
in 38 days
Seen 5 hrs ago
So... This is a storyline idea that I've been kicking around in my head for awhile and I just decided I might as well throw it out and see if I can get any bites on it. I got the idea for this story years ago when I played Mirror's Edge (and I low-key hated it at the end don't @ me), but I thought I could take the IDEA of Mirror's Edge and improve upon it. I wanted to tell a Cyberpunk style story about a group of characters that end up WAY over their heads. Ideally, this story would deal with some pretty mature themes so 18+ is a given. Violence, Death, Drug use, etc. Anyway... here's the idea! 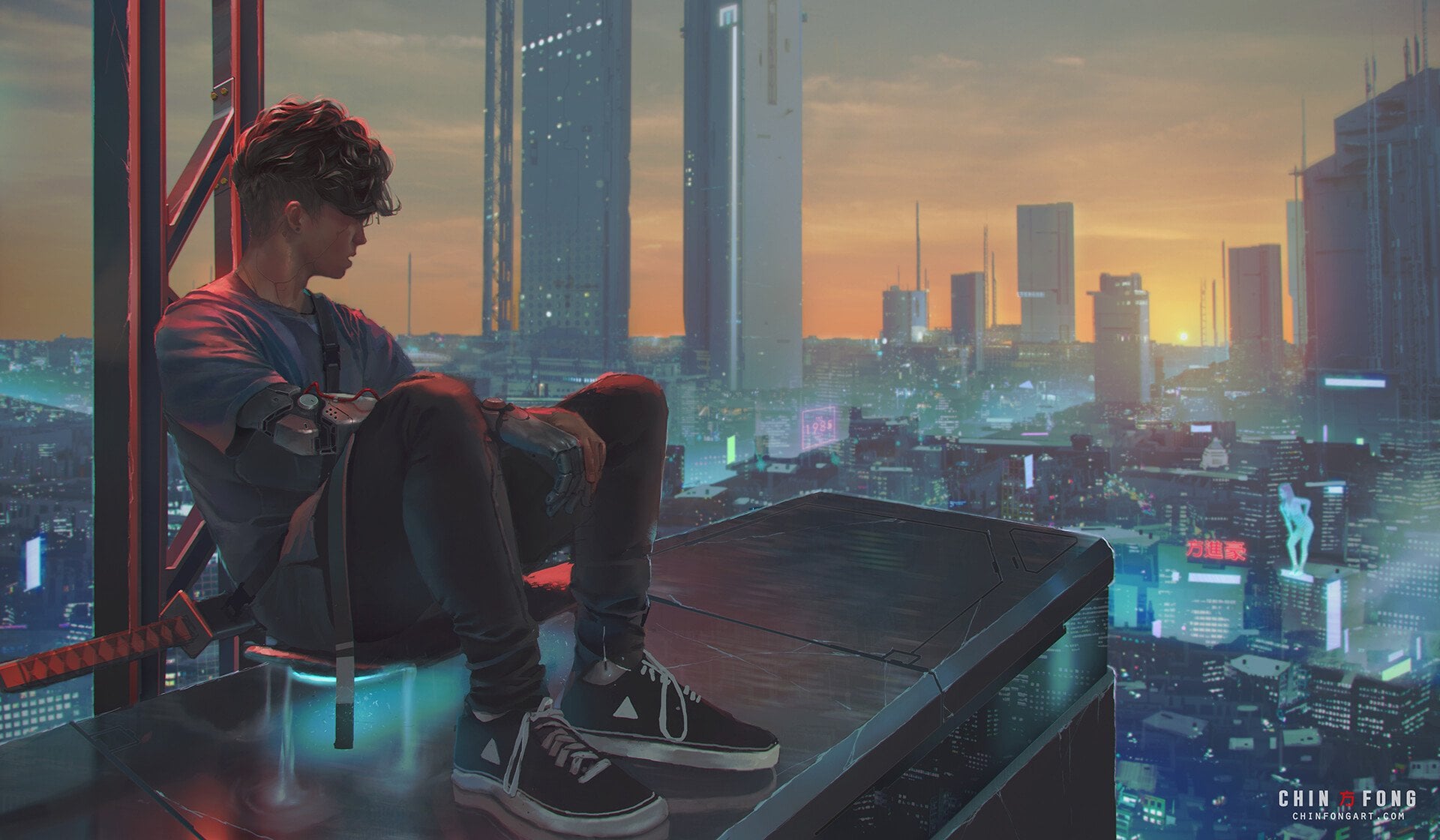 Following the Corporate Wars of 2085, human society has been re-structured into the the Megacity System. These new Megacities span across impossibly large tracts of land and house around 15 to 20 million people per city. Every Megacity is filled with towering skyscrapers, immense factories, and technological marvels, but they only appear to be beautiful on the surface. The majority of people within the Megacities are corporate workers who live from credit to credit. In addition, everyone is joined by a central computer system called The Net. Each citizen of the Megacities is programmed with a neural brace at birth which allows them to tap into The Net for their day-to-day activities. By using the Net, individuals can access information, contact their peers, and essentially use it as a tool for everyday life.

The Megacities themselves are ruled by the Heirs, descendants of the original corporate CEOs who used their immense wealth and influence to place themselves securely within the Megacity infrastructure. The Heirs largely operate above the law and, in many cases, they dictate policy from the top. Some Heirs are thought to be more decent than others, while there are still some who view the rest of the Megacity crowd as beneath them and they seek to accrue more status and power than their associates.

Next there is the working class. Dubbed, the Creds by members of Sk8te, these are the regular workers who live day by day, going into work and tapping into the Net in order to receive their next credit-check for the week. There's nothing bad about this lifestyle, but it's thought to be incredibly boring doing the same thing day in and day out with no difference.

Finally, there are the members of Sk8te. Sk8te is a cabal organization that operates within the Megacities. While it's origins are a mystery, Sk8te is comprised of individuals who choose to live apart from the regulated and controlled life of the Megacity system. By having their neural braces removed, Sk8te members live apart from society, choosing personal freedom over the security provided by the system. While there is no organized leadership for Sk8te, each district of the Megacity has its own group of Sk8te members and a tenuous peace runs between them. Sk8te members are known for their freerunning skills and they are also quite capable on standard transportation such as hoverboards, bikes, and scooters.

The only interaction most people have with the Sk8te organization is through their courier service. Sk8te members have a reputation for traversing the Megacities unseen - whether by ground or across the skyline - which makes them a perfect service for transporting illegal items or contraband across the city. If you have enough credits it's not too hard to hire a Sk8te member to transport your goods across the city. If you are caught meeting with a Sk8te member however, it's considered a crime by the Megacity as dictated by the Heirs.

So that's the basic setup. The story I have in mind would be a sort of Pulp Fiction sort of thing where a standard courier assignment gets botched and the members of the cabal have to band together and recover the item that was taken only for it to be revealed as much more important than they initially thought and it leads them on a path to expose a major member of the upper class of the Megacity. Reply below or DM me if you're interested in this idea!
Hidden 12 days ago Post by Tellukka
Raw —

16 posts
in 1039 days
Seen 1 day ago
This seems like it could be interesting!
Hidden 12 days ago Post by Fading Memory
Raw —

659 posts
in 1552 days
Seen 6 hrs ago
Color me interested at face value, cyberpunk anything can draw me in and I dig the premise.
Hidden 11 days ago Post by KZOMBI3
Raw — 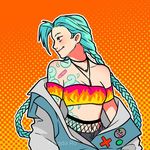 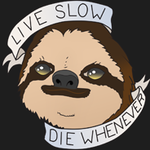 92 posts
in 38 days
Seen 5 hrs ago
Ok, I’m actually blown away by how many replies I got so quickly. If I may ask, are there any particular roles or character ideas that interest you specifically? I.e. would you rather rp as a Sk8te member? A Cred? Or and Heir? What about the idea specifically has your attention? I’m using the replies as a means of building up the rp so let me know what you’d like to do!
Hidden 11 days ago Post by KZOMBI3
Raw —

Bio
i would be down for sk8te personally but i could make a cred dancer - someone who works closely with sk8te?
Hidden 11 days ago Post by TheNoCoKid
Raw —
OP

i would be down for sk8te personally but i could make a cred dancer - someone who works closely with sk8te?

Well the fun part of this is you have total freedom with your character.
1x Like

92 posts
in 1688 days
Seen 2 hrs ago
Personally, I love Cyberpunk both the theme and the game and what you've put so far has hit that sweet spot. I'd be interest in creating a Sk8te member for sure, just feels like it would be a fun role.
Hidden 11 days ago Post by TheNoCoKid
Raw —
OP

92 posts
in 38 days
Seen 5 hrs ago
@KZOMBI3 I forgot to mention, but the dancer idea sounds really cool as well! I honestly imagined most of the Creds working in office or factory like roles, but I never thought of entertainers or recreation so that would actually work really well! Maybe she could be a back-alley doctor for mod surgery? Just an idea.

@Auz Yeah, I'm imagining most will be Sk8te or Sk8te-affiliated. Some stuff I forgot to add in up top would be Tags and mods. So each member of Sk8te would essentially have a callsign for themselves (kind of light a pilot), but it would also come with a holographic graffiti tag. These tags would seem like nonsense to the uninitiated, but they are used to convey messages to other members within the respective cabals.

Also, body modifications are going to play a part in this rp. These would be how some members within Sk8te are capable of moving from the ground of the Megacity to the top. Some may have grapples, or others could use some sort of wall-running tech. The options are pretty open since this is sci-fi, but I'm open to discuss just about anything.
Hidden 11 days ago Post by Fading Memory
Raw —

659 posts
in 1552 days
Seen 6 hrs ago
Well, I have a kick in my Cyberpunk for fulfilling the Rocker dream. Full Punk, wants to see the world burn, trying to fight for a purpose that the world has let die, etc; so for me it’s a Sk8te Member, someone with their own agenda and destructive end in mind, most likely heavily leaning into old punk styles of the graffiti and the rock and roll mindset. Probably a literal music artist of the streets out to strike against The Man and using the Sk8te connections and work as a means of gathering intel and building their own plans.
Hidden 11 days ago Post by Tellukka
Raw —

16 posts
in 1039 days
Seen 1 day ago
I’m still in the just vibes part of character creation, but I’m thinking either a Sk8te member or like a bartender. Still affiliated with/ friendly to Sk8te, though. Maybe even a body mod doctor, like you suggested? Either way, they’ll be very tired and unhappy with society as it is. And I think if they’re not in Sk8te proper, they might be a kind of staple of the community.
Hidden 11 days ago Post by Lucky
Raw — 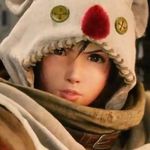 294 posts
in 1273 days
Seen 1 hr ago
Bio 2 days ago
Hello! Throwing in my interest, I'm familiar with some cyberpunk and think I wanna try my hand at it here, too. If you're taking more, that is. My immediate interest is definitely in Sk8te as a runner of some sort. You said that most people's interaction with them is their courier service, but does that mean they can also do other under-the-table things? I'm imagining stuff like in-person spies, thieves, black market.

As a long-time fan of D&D (among other RPGs), I've always loved thieves. Maybe not for the typical Cred but rather against Corpos who have more than enough to share?
Hidden 10 days ago Post by Fading Memory
Raw —

659 posts
in 1552 days
Seen 6 hrs ago
Bartenders, Thieves, and Rebels; sounds Cyberpunk to me so far, folks, lmao
1x Laugh

29 posts
in 931 days
Seen 6 hrs ago
Bio
I'd be interested in playing someone affiliated with Sk8te, or even a clueless wagie who got dragged into the plot. Possibly a repairman or hazmat/biomatter disposal worker who has intimate knowledge of how to get around via tunnels/railways/sewers. Possibly a tattoo artist or unlicensed pharmacist? I'm spitballing ideas, trying to avoid my usual habit of making cyborgs & transhumanist characters LOL.
1x Like

Thinking about joining this and I got a char idea I am thinking about. Either Sk8te or Sk8te affiliated. Basically a guy who belongs to a family who used to be Heirs. But, were betrayed by a close ally and lost most of their wealth and influence, and lost their Heir status. Now are just barely above Creds.

So he would either be a supplier to the Sk8te or maybe some kind of information broker that is aligned to Sk8te. Or a member of Sk8te on the most tech-savvy side. Both seek revenge for what happened to his family and is a rebel at heart and would like to see the Heirs gone.
1x Like