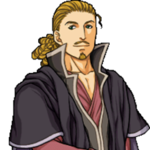 In Star Wars - Jedi Exile → 5 hrs ago Forum: Casual Interest Checks
Always up for some Star Wars, count me interested.
In Empire of the Dead → 1 mo ago Forum: Advanced Roleplay
Awesome! Expect me back sometime soon with the sheets, then. I'd love to expand on the aforementioned idea of a religious crusade of sorts against Undeath, and the potential ramifications that might bring about for the crusaders once they're all undead themselves.
In Empire of the Dead → 1 mo ago Forum: Advanced Roleplay
Hello! I find the premise of this roleplay absolutely intriguing. One question - would I be allowed to control both a Revenant Major and Minor? I came up with two ideas I really enjoy for characters, but I then realized they would be even better as foils to each other that frequently had to rub elbows(or, in this instance, humerus...es? Humeri?).
In Fog of Torvelt → 4 mos ago Forum: Casual Roleplay
STUR
__________

Stur released a long breath as the headless troll finally moved its last. Immediately he picked up his weapons from their places within the fetid flesh of the creature (heaving tremendously to free the axe from where it had been embedded in the stump of the neck) and wiped them down. Wouldn't do at all to have whatever hellwater they had for blood etching his fighting steel. With a final savage kick to the thing's abdomen to ensure it was really done coming back to life, he turned without a word to any of his companions and made straight for the supply wagon, shooting a venomous look at their cowardly "guide" as he did so. Gods-damned casters and their little tricks. Couldn't even be bothered to let the ones that did the work claim the satisfaction of the kill.

The mercenary opened his travel pack and felt around blindly until his hands closed around the yielding material of his waterskin. In one well-practiced motion he unstoppered the skin, lifted it to his lips and took a long pull. Warm wine flooded into his mouth, immediately calming him down. After the adrenaline of the battle had worn off, he had felt so very tired. That fucking shoulder had gone to aching again where he had thrown himself into the somersault, and he didn't want the others to see how his hands had started shaking so badly as he pulled his axe free. Still breathing, he reminded himself.

Jesus, you weren't kidding on that one.

...good thing my love of character building is here to save the day.
In Untitled 'Occult Club' Mystery/Horror/Supernatural Roleplay → 4 mos ago Forum: Casual Interest Checks
Tentatively interested. Could you put me down as a club member for now?
In Star Wars: A New Batch - A Clone Squad RP [CLOSED] → 4 mos ago Forum: Advanced Roleplay
The blasterfire whizzing over 8246's head suddenly started to sound just a bit louder. He risked a quick peak, noting a tannish blur in the tower and the lumbering forms of what could only be two super battle droids making their way down the middle before he ducked back behind the artifical cover. If those clankers kept up that advance, this whole run would be sunk before it could get started. The medic let slip a tiny, colorful bit of Mando'a as he stayed hunkered down, turning his Deece over and over in his hands. Just like Harkin to throw a few surprises into the mix. 8246 admired the idea to keep their power packs at half charge; it would keep everyone smart about how and where to fire a shot. Not sure how well it'd translate over to real combat - he couldn't see himself ever forgetting to bring charged packs to the field. That doesn't exactly matter now, though.

Focus, focus. 8246 took another quick scan of the room, this time with his attention trained on his brothers. 7642 and 7331 were getting the gun up in what must have been some kind of record time, but the fire coming from the tower was doing quite a bit to hamper that accomplishment. 7627 was drawing fire farther up the center. Without hesitating, 8246 swung his carbine up and squeezed of a burst of shots towards the tower, trying to give the guys on the turret an opening.

The familiar jolt of the axe burying itself in flesh and bone rattled its way up Stur's arms and across his body, causing his teeth to click sharply together. At the same time, an unusually cold spray of blood spattered his face.

Ordinarily, the mercenary would have welcomed a little blooding in a fight. But the strange wrongness of the stuff caused him to flinch away in disgust, and then a half-second later in pain. The cursed ichor began to burn and almost sap the strength from his body as anger and bewilderment continued to grow inside his heart. Eyes momentarily blinded, Stur instinctively yanked on the haft of the longaxe to free it from its resting place in the ruins of the troll's second head, but instead found himself tripping backwards in the mud as his hands failed to find a grip on the blood-slicked haft. He cursed loudly at the thing, throwing himself into a clumsy backwards roll, coming back to rights with his dirk firmly gripped in one hand and his right side splattered in mud, but now blessedly free of the troll's poisonous blood.

Cautiously opening one eye, he took a moment to survey the situation. The troll was down a leg, scrambling for purchase in the mud with one hand thrust out for balance. His wayward axe was serving as a fair replacement for the abomination's missing head, haft jutting straight out to the side like a sapling grown into the side of a mountain. The new arrival was, to her credit, right in the thick of things, hacking away at limbs seemingly without a fear in the world. Stur felt a brief surge of respect for the woman, though whether she was to be trusted remained to be seen. The troll's ire was focused on Brynan, who was still knelt in the mud after her initial strike.