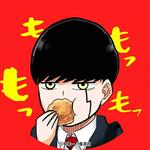 In Living Life as a Monster doesn't Sound that Bad - Another Isekai RP → 2 mos ago Forum: Casual Interest Checks
lol. Definitely not those spells. More along the lines of.

Prestidigitation starts of with 3 spells/parlor tricks and they're visual illusions for now. Nothing that affects the other sense.

Both vibration and light sense have extremely limited range; just within close proximity of both. Enough to know that something's around him.

Strong maw is just sharp teeth and a mightier bite. Dense makes Bob's slime thicker and a bit heavier, so less likely to plop off, but no real speed feats from him just yet.

@Lugubrious Sure thing. You'll probably be the last one I'll be accepting for now.
In Living Life as a Monster doesn't Sound that Bad - Another Isekai RP → 2 mos ago Forum: Casual Interest Checks
I’ll post up a list of discovered skills and its descriptions, but right now, I’ll be giving brief info on each. Just as much as I think you guy need to have an idea.
@ERode lol that image though.
Adaptability is a general learning skill. It makes picking stuff up easier.
Anticipation is sorta like a spidey-sense sort of deal. Occasionally with IC-clues/cues during encounters or scenarios as needed.
Climbing and crafting are pretty self-explanatory. Enhanced Dexterity is more related to fine motor movements with the hands than reflexes in general.

@ForsakenBySleep With levitation, you can only go so high, probably just over 3 feet-ish; so its more of hovering.

Its also like spidey-sense, but with emotions. So IC cue/clues as well.

Tele shroud for now just protects you from tele attacks/statuses. Clear mind, zen, and whatnot.

Prehensile tendrils just to give you enough dexterity to be functional, but no super strong or elongated/extending whips of death. Well, for now at least.

Stench spray, just nasty flumph juices. Nothing to offensive to the eyes or skin though. Enjoy.

@OwO Solid shell. Tough on the outside, not so much on the inside. Heavt, stronk legs, and stamina are pretty self-explanatory. Hustle is more of boosting power in exchange for accuracy/finesse.

@Dark Cloud Prestidigitation starts of with 3 spells/parlor tricks and their visual illusions for now. Nothing that affects the other sense. Bipedal just so that you can be humanoid-like in movement. Mana and aptitude are self-explanatory. Oblivious is a joke skill and you took the gamble. Kidding. Its kinda like enlightenment so more aware of yourself, but less aware of your surroundings. Kinda hard to get intimidated. Justifies remaining calm despite most predicaments, unless like you’re totally fucked. Also, I'm in no rush for an OOC.

@TheMushroomLord I appreciate the write up, but do take not that I’m not necessarily gonna use everything in that. Since you didn’t give it a name, I’m calling it Bob for now. Basically, Bob is a black blob/slime that can sprout a maw, right? So I’ll be treating him as such.

@Asura@Guilty Spark Yeah, we still have room. I'll probably stop accepting once we get 7-8 sheets in.
© 2007-2017
BBCode Cheatsheet