STATUS: Sorry for my absence! A Volunteering position suddenly turned into a Volunteer Leadership position I was not expecting at all so things have been hectic. 7 days ago

7 days ago
Current Sorry for my absence! A Volunteering position suddenly turned into a Volunteer Leadership position I was not expecting at all so things have been hectic.
4 likes
29 days ago
Look at you posers, having to bang dragons or sell your soul for magic when you could just play a lute for some. Anyways, here's Wonderwall. - Bards
2 likes
1 mo ago
Sometimes we live in a society. Other times, a society lives in us. Occasionally, society.
3 likes
1 mo ago
I am fucking screaming. Why are there so many fucking MLMs posing as actual marketing/advertising agencies. Just give me an actual fucking job reeeeeeeee
2 likes
1 mo ago
Sometimes I know what I'm doing and I execute that plan perfectly. Other times, I just feel like a nonsensical conspiracy theory generator whose gained sentience.
1 like

In Wh40k: One Step Beyond - A Rogue Trader Adventure (Closed) → 6 days ago Forum: Advanced Roleplay
Hishiryn 08-MN Kappa, the Prodigal Pyre Priest, Chief Enginseer
Born on the mining and refinery moon of Ezot Secudunus on a small Mechanicus outpost set up to watch over the world's machinery, Hishiryn 08 is of the 8th designated generation of the world while his Kappa designation marks him out as the 10th child of said generation. MN is short for "Machina Navis" which is a reference to his current role aboard Edmund's ship (previous it was PCP, "Prefectus Conflatorio Prothemius).

From a young age he demonstrated a great aptitude for the learnings of the Machine Cult, quickly and easily taking to its many rituals, rites and ceremonies. Consistently at the top of his class, it was believed that he was fated to be sent to a true forge world to study more and rise through the ranks of the priesthood instead of languishing on a back water refinery moon. However when he was 16, he was in a terrible accident when one of the world's largest refineries exploded while he was shadowing a more senior tech priest. For three days he was trapped under burning rubble, inhaling near lethal amounts smoke and fire and shouting until his voice was burned by the flames it self.

But some how he survived, if only barely. That fire did something to him and he claims to have seen visions of the Omnissiah and the Machine God in the fires. His charred and broken body was nursed back to health but the ashen smoke turned his mind from a devout, promising acolyte, to a fervent pyromaniac with a fanatical faith of fire. Ezot Secundus' religion and culture was always fire based, the local worshipping the Emperor as a fire god who gave them livelihoods through his holy blood and such beliefs even seeped into local Mechanicus, but Hishiryn became obessessed with the "holy fires of the Omnissiah".

The position he was once destiant for was given over to someone else, but Hishiryn cared little. He was engrossed with prothemium, flamers and meltas. By day he would attend almost exclusively to the refinery systems and by night he would meditate surrounded by open flames, letting the smoke and fume fill his prosthetic lungs. His worship would eventually get in the way of his duties as a tech priest and too many near-accidents were catalogued under his watch so the senior clergy of the outpost decided it would be best to have him "exprience the Omnissiah's other gifts" and through political connections got him assigned as a tech acolyte aboard one of the many ships that occasionally entered Ezot's atmosphere.

Over the course of years and decades, Hishiryn's pyromania dimmed, turning from a zealous wildfire into a controlled burn of faith with only the occasional fanatical flare up. He served aboard several ships from short haul merchant vessels, a handful of Imperial Navy vessels of various sizes and even a short stint on an ultimately doomed Mechanicus explorator fleet. His genius, however muddled it was by the fire of his youth, clearly did not dull at all as he proved just as prodigious, adept and skilled at becoming a master of the star ships of the Imperium.

Now at the comparatively youthful age of 47, Hishiryn is among the youngest Chief Enginseers aboard a starship to command tech priest who are older than him. His position was aboard a new Rogue Trader vessel belonging to the Andamar Dynasty, word of his skills having spread far enough to where his talents were deemed necessary for this new vessel to operate.

Hishiryn is excited of his newest assignment, giddy only the vigor of youth can provide. To serve aboard such a rare class of ship is an honor to him while he hopes to use this position as an opportunity to go on a long awaited pilgrimage to forge worlds and tech shrines across the galaxy.
In Fort Gobbo (Dwarf Fortress-inspired Survival/Settlement RP) → 7 days ago Forum: General Interest Checks
@GingerBoi123 Yeah sure welcome aboard!

Players will take control of a group of goblins called "gangs" who are specialized in one area such as hunting, building, crafting, fighting, preforming or whatever else as a Goblin Boss. The exact number will be random at the start of the IC don't expect too many at first. As more goblins come to the fort, you can recruit them into your own gang if you so wish. You can have your gang do something they aren't specialized in (IE a gang of hunters being used as ranged soldiers or a gang of builders being forced to help farm) but expect limited results in most cases unless their is a skill overlap.

There will also of course be GM-controlled NPCs who might form their own gangs and do their own thing on occasion. Depending on their temperament, they may only take orders from someone in a position of higher power or only work certain jobs while others are more flexible. The addition of Goblin nobles like those of DF is still pending.

Bosses will be able to add additional supplies to the initial starting stock (pending GM approval first of course).

Values: (Think of this as personality traits they hold dear. The following are examples.)


Skills: (The number of skill points you have determines your proficiency with that skill starting from none to Novice (1), Apprentice (2), Adept (4), Professional (6), Expert (8) and Master (10). Your character starts out with 7 skill points to assign, its recommended to have your gang's main skill be your most proficent. The following are examples. Credit to @Shovel for this system.)


Likes: Some more personality traits stuff, this time about what they like. Mostly for flavor and a hold over from DF. The following are examples

(This is not a definitive list of everything, its mostly stuff copied and simplified from Dwarf Fortress. If you want to add a skill to your character not listed here, just ask.) 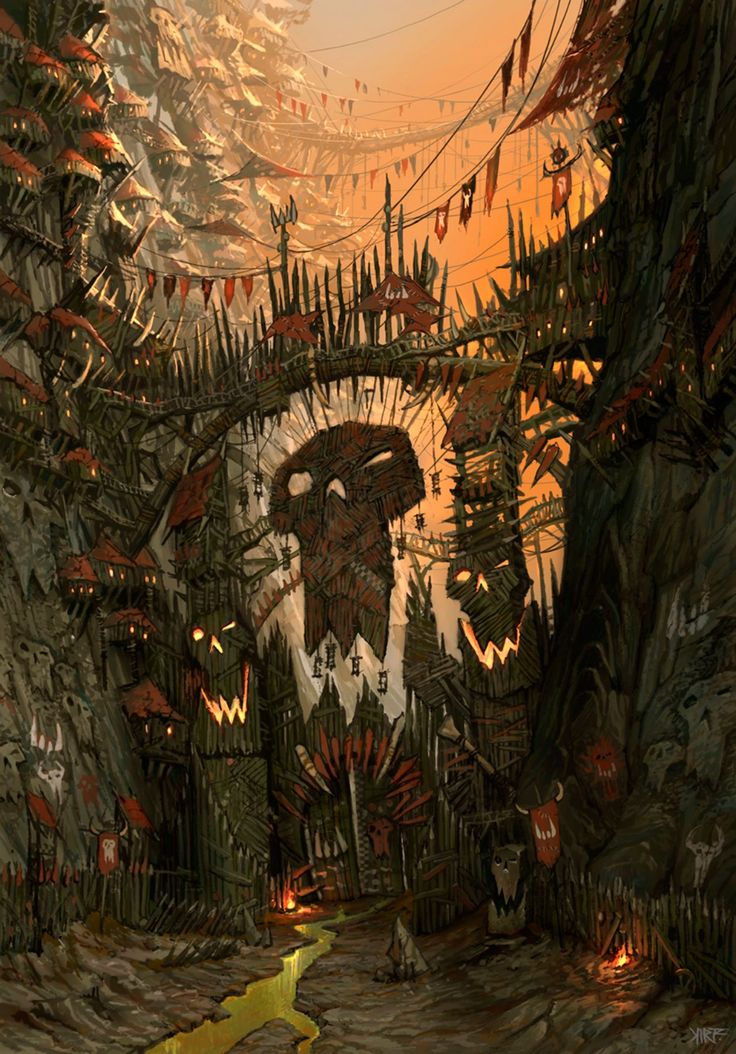 Based on this older RP, I'm looking for players to take command of a brave band of gobbos who have just gotten themselves a chunk of land to finally call home and try to make something out of it. Unfortunately everyone else has some level of issue against them having said land. Build a home, attract more people, fight off bandits and wanna-be heroes, die horrifically in a cat, alcohol and dragon related tragedy!

The basic background is that this is a generic fantasy world of humans, elves, goblins, dwarves, orcs, etc and the generic Dark Lord of All Evils has almost won. He hold enough territory and power to declare victory at least and now he's giving out land to all those who followed him which included goblins. Now not everyone was a part of the Dark Lord's army, but no one is going to turn down a chance of land and loot.

Details are still to be determined but I'm aiming for a similar set up of a main character for each PC and then three or so NPCs that make up their "gang" with people having skills and such.

If you are interest, interested in goblins or are a goblin irl yourself do join! The world might think you're incredibly stupid little green bastards but with strength, cunning and a little luck you can show everyone that you are actually incredibly stupid little green bastards with gumption and ambition!
:D
<div style="white-space:pre-wrap;">:D</div>
© 2007-2017
BBCode Cheatsheet