11 mos ago
Current Steampunk or Cyberpunk decisions, decisions.
1 yr ago
I've written and published two books before my 30th birthday, I'm happy but I should have started sooner.
3 likes
1 yr ago
I stopped RPing for nearly a year because I've been self publishing novels, but maybe I should jump back in again.
11 likes
2 yrs ago
Stan Lee was able to create superheroes on the pages for us as kids, so we could find the superheroes in ourselves as adults.
7 likes
3 yrs ago
A local hairdresser was arrested for prostitution last night. I'm shocked. I was a customer of hers for years, and I didn't even know she was a hairdresser.
7 likes

In Video Games: The General Discussion & Community Thread → 5 mos ago Forum: Off-Topic Discussion
Let me get off my takes here and I'll get back to writing.

I'm okay with Sephiroth, I would have preferred Tifa but he makes enough sense I suppose.

Cyberpunk 2077 is aggressively average. Even if there wasn't a single bug it's essentially a futuristic Far Cry spin off with Fallout 4's dialogue and shooting.

The Last of Us 2 was a good game but it won too many awards. Ghost of Tsushima got shafted in a couple of categories. I'm glad Abby won the best performance though.

How can you announce Ark 2 when Ark 1 is still in pre-alpha?

I don't know how to feel about Mass Effect '4'. The trilogy was good for what it was but the story ended. Even if Andromeda was good it would have still been unnecessary.
In Aspiring and Self-Published Authors & Writers → 10 mos ago Forum: Off-Topic Discussion

"You need a cover. Even if it is an ebook, you need a good cover to catch people" 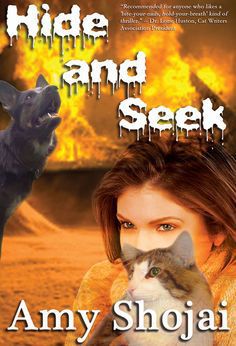 But yeah this all sounds like good advice.
In Video Games: The General Discussion & Community Thread → 10 mos ago Forum: Off-Topic Discussion
Ghost is beautiful and Sensei Ishikawa is the father I always wanted, but I need to put this game down for a bit and play something else.

Looks like I'm booting up Wasteland 2 one more time, either that or force myself to improve at online chess.
In Pairings Gallery 18+ (MxF) (MxM) (MxFxF) → 10 mos ago Forum: 1x1 Interest Checks
@Cameleon Hello again after I what looks to be a year!

Would you be interested in playing multiple characters in a 1x1?
In Video Games: The General Discussion & Community Thread → 10 mos ago Forum: Off-Topic Discussion

Oh, and for the love of sanity, don't actually reply with an excuse why it took so long to start arguing with me again. It's a joke.

I'll reply whenever I feel like it, sir. Similar to how you'll edit away things that make you look like a hypocrite whenever you feel like it.

Keeping on topic, you said:

The constant misspellings almost make me feel like I'm being punked. But, a man who does not read, is no smarter than a man who cannot read.

So do you think that same 'lack of reading' caused you to leave out that bracket? Or do you have another excuse that isn't a double standard you invented for yourself.

Oh you found someone, finally! Took you long enough.

Now let's see if this holds up, please provide a source where an official at naughty dog has engaged in bitching towards Jason.
In Video Games: The General Discussion & Community Thread → 10 mos ago Forum: Off-Topic Discussion

<Snipped quote by Dolerman>
pretend like Far Cry hasn't been chasing the lightning in a bottle of 3 that has since dominated the design philosophy of its open world games.

I bought into the story enough even if Kratos is still the big lame and always will be.

Edit: Also, a bracket isn't related to spelling. Since you didn't know. ;)

Oh nice sneaky edit there, except I didn't call it a spelling mistake, I called it a grammar mistake, which it is.

You didn't add a closing bracket here, these grammar mistakes are making me feel like I'm being punked.

Then why are we still reliving the glory days of our youths with this back and forth.

Because you are angling for a job at Ubisoft's PR team. And I'm still plenty young, auntie.

God of War is a bad action game but there's enough outside of that to make it a 3/5.

I suppose if it wasn't 4th game in a row glorifying the 'troubled dad' trope that seemed to dominate media of the 2010s, I'd think it was less shit...but still probably not good.

And I admitted that I was hasty in my thoughts but I stand by everything I said at the time and equally so what I said when I played more of it.

I don't think you used the word 'admit' or 'hasty' but I wont dispute the sentiment. Mainly because I just realised that yoshi's island has been on the switch virtual console for a while now and I haven't touched it.
In Video Games: The General Discussion & Community Thread → 10 mos ago Forum: Off-Topic Discussion

But it's not refreshing. It's also-ran. It's just got a unique coat of paint. That doesn't make it bad, it just makes it a remix of a song that some people like more than the original. You're out here acting like I hate the game because I think it's like a 3/5 as opposed to a 4/5.

I think Ghost is 3 (maybe a 3.5) out of 5 as well though. You're acting as if I see this game as the physical embodiment of Abby come to life. I just don't think Oddessy is a 4 out of 5 game, and I'm certain that outside of the 4 people who even know this thread exists i'm not the only one who thinks that. Oddessy's combat is the polished version of the AC game that attempted dark souls combat with a crappy arcade makeover, which fits your crack and painting analogy much better. Also, I never said you hated anything, stop injecting charged language where it isn't needed, bruh.

And for the record, I think God of War 2018 is a bad action game and I only 'changed my mind' about RDR2 because I played more of it and the issues became impossible to ignore - congrats to you for disliking it first I guess, your medal got lost in the mail though, shipping is a motherfucker. I'm likely not about to change my mind on Tsushima because right now my mind is at "This is a serviceable game that I probably won't really think about once I put it down". Why do you act like someone changing their opinion on something when presented with a fuller picture is bad?

You called God Of War a 3/5 so does that mean 'bad' or does it mean 'servicable'?

And RDR2 only sticks out because it was a game where I laid out all of the issues with the game as clearly as I could only for you to toss them aside as if it was the irrelevant ramblings of a homeless guy trying to sell you pencils from a cup. You can't blame me for feeling a little eye-rolly when most of the issues you pointed out were the exact ones I was trying to articulate. But no I don't think that makes you a 'bad' person or changing minds is bad, it's a video game for christ sake.
In Video Games: The General Discussion & Community Thread → 10 mos ago Forum: Off-Topic Discussion
@Majoras End