STATUS: Welp. That was a day 18 days ago 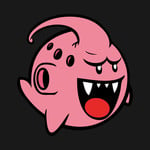 18 days ago
Current Welp. That was a day
19 days ago
Welp. It's my birthday
8 likes
29 days ago
Andrew Tate getting himself arrested isn't what I expected the year to end with, but I'm all here for it
10 likes
1 mo ago
Merry Christmas, everyone!
6 likes
4 mos ago
Welp, I didn't get the promotion, but that's fine. My boss told me what I needed to work on, so that's what I'll do so I'll be ready for next time!
1 like

Welcome to Hell (AKA, the mind of an idiot)

Vincent thought about Eli's suggestion for a moment. While it was true that their little band had grown some and an RV would be more comfortable, Vincent found the idea of abandoning the truck brought a sour taste to his mouth. With how long he had had it and all the work he put into it, it didn't feel right leaving it behind. Then again, if they could find an RV with a decent kitchenette... "Let's go ahead and shelve that idea for now," he said. His tattoos flashed for a brief moment as he used his power to unlatch the hood 'remotely'. "We don't wanna draw any attention to ourselves by stealing one if we aren't even ready to leave, right?"

He lifted the hood and took a look inside. At first glance, it didn't seem that anything was wrong and he cursed quietly. "I'm gonna have to go deeper," he muttered as he walked back toward the cab and opened the door. He pulled a small toolbox out from under the driver's seat, filled with whatever he couldn't use his powers to make, and returned to the front of the truck. As he waited for the engine to cool, he unhooked the battery and continued looking over what he could see, just in case he had missed something. "Oh, Eli, mind sticking around for a bit? That gooey stuff of yours makes pretty good lubricant and I see a few spots that could use a touch-up."

Vincent pulled the old truck into the parking lot of a run-down hotel. He had no trouble staying at a dilapidated place like this, having often slept on the street without a roof over his head. As far as he was concerned, any place with a bed was heaven. He shut the engine off and said, "Alright, guys, we're here. Unless anyone has any better ideas, this is where we're staying while we're here, so don't forget where we're at."

He climbed out of the truck and stretched his arms over his head. He didn't mind long drives, but he didn't quite care for the stiffness that came with them. He took in the sweet scents wafting through the evening air, the sounds of joyful screaming from the amusement park as patrons enjoyed the thrill rides. As much as he wanted to check out the park, he let out a sigh and turned toward the truck. "If you guys wanna check out the park, I'll catch up with you in a bit. I noticed the truck was making a weird sound when we got into town, so I'm gonna see if I can't get it fixed while I've got the chance."
In The Misfit Crew → 27 days ago Forum: Casual Roleplay
I'll get a post up later tonight!
In The Misfit Crew → 1 mo ago Forum: Casual Roleplay
I don't think I've been in a Discord with Blizz before, but I've written with them in the past, I'm pretty sure. They're good people