STATUS: roleplayerguild.com/topics/… Join today! Punch your friends in the face! :D 3 mos ago

3 mos ago
Current roleplayerguild.com/topics/… Join today! Punch your friends in the face! :D
3 mos ago
Goodbye Taylor Hawkins. Rock has lost yet another iconic drummer.
3 likes
3 mos ago
You're going to Hell for writing that joke...... And so am I for laughing at it!
2 likes
3 mos ago
@False Prophet: *grabs cheese grater* Allow me, sir! >:D
4 mos ago
I might not have a house when I get home. A massive fire is raging where I live and I'm stuck at work.
9 likes

"Sir, do you classify as human?"

That does sound like a good idea. I still want to find a way to incorporate your Conglomerate idea into the story, since I see them as the bigger threat that ties all the events together. Plus the workshop is about to be raided by Milicor mercs, so having a defense system blow them away would be ace. Not so much for Maggie and Nina though.

"I was nearly killed by jarheads with machine guns, and now I'm gonna die by LAZER TURRETS?! Fuck my life!" T^T

Oh and no worries. I know how hellish and unforgiving life can be sometimes. Take all the time you need. ^_^
In 2086 - A Cyberpunk RP → 3 mos ago Forum: Free Roleplay
@VeyrinDay

Gee, you really suck at this GM thing, huh Kiri?"

Shut up, voice in my head! My therapist said not to listen to you!

Ach vell, I guess we could go with that, darn it. I was hoping to give your characters some more interaction other than playing with yourself.

NOT THAT KIND OF PLAYING, BAKA!!

-Maggie and her crew were arrested after breaking into a BemaTech facility and stealing classified data on the E13 project, which relates to Gisk's character.

-What Maggie didn't realize however is BemaTech's security was being handled by Milicor as part of their agreement. Milicor dispatched a team being led by Desmond to hunt Maggie down and retrieve the data. This led to Desmond contacting a Regulator cell to ambush Emma's police cruiser on the road, which was carrying Maggie, Lilith, and Nina.

-Both Emma and Lilith were killed in a shootout with the Regulators while Nina took Maggie and escaped.

-The two ran down an alleyway looking for a place to hide. Unfortunately, that place (though it is up to you) is Gecko's workshop.

See, I was looking for a way to bring you back into the story since you had been gone a while. Hope this clears everything up.

Also, if I may ask, what couple? O_O;
In Why We Fight - An Underground Fight Club RP → 3 mos ago Forum: General Interest Checks 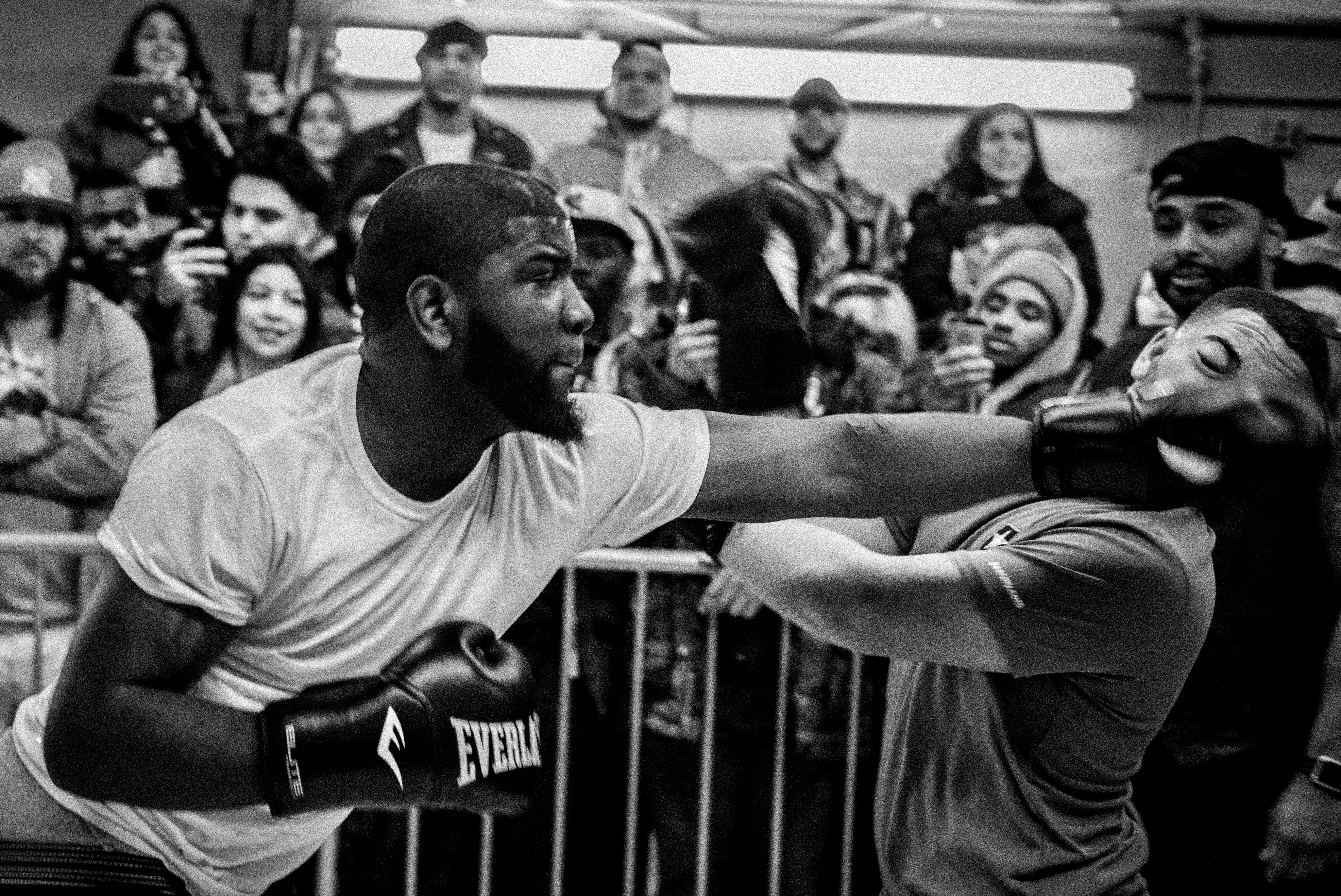 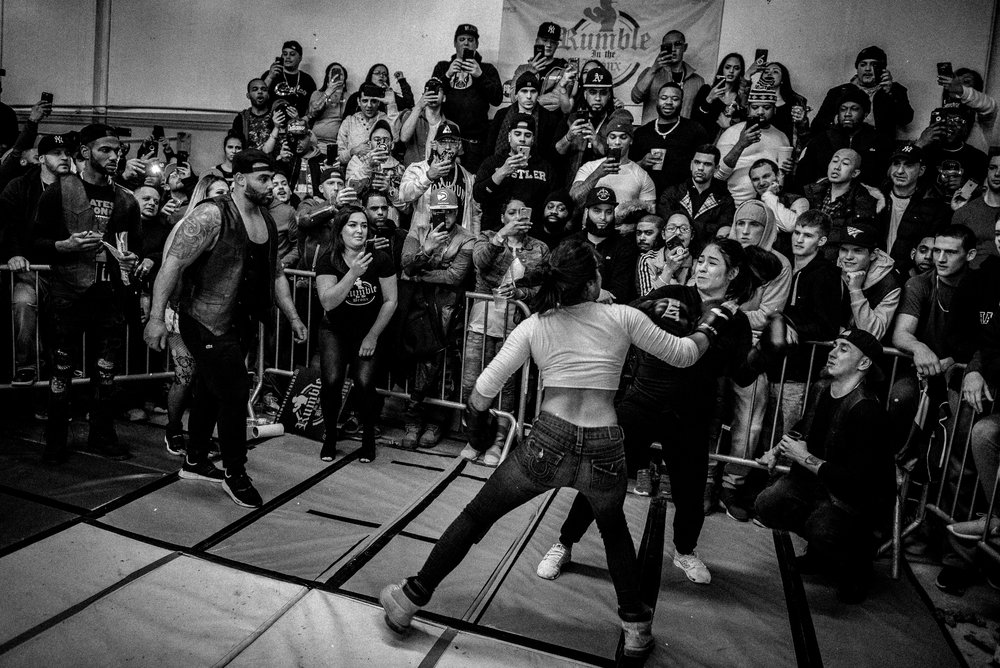 Why do we fight? That's a good question.

Some do it for the money. Others do it for the thrill, the danger, the excitement one gets when someone punches their lights out or vice versa. Maybe we're here to make a name for ourselves, to prove we're the toughest son of a bitch walking the earth. Or maybe we just have some issues we can't work out unless we're smashing some guy's teeth out of their skull. Either way, we all have a reason for coming here every night.

During the day, we're just regular people: teachers, students, construction workers, doctors, maybe cops, but we try to keep them out for good reason.

At night however, we shed those skins we wear during the day. We bare ourselves to everyone as the true beasts we are beneath our regular exteriors. We are warriors and gladiators. We take as much pain as we are given and dish it all back.

We all have our reason for fighting. The question is...

What is your reason? Why are you here, you weak, pitiful piece of shit? I've seen your kind many times. Think they got what it takes to hang with the big dogs, only to get chewed up and mauled and spit back out on the streets. Hell, sometimes they didn't even make it past the door in here. You must have a set of balls on you to think you're gonna walk in here and not get fucked up in nothing flat. So playa, you think you got what it takes to step into the ring? You think you can last against all these crazy motherfuckers in here? Then be my guest. Step into the ring with us, and soon you'll realize... 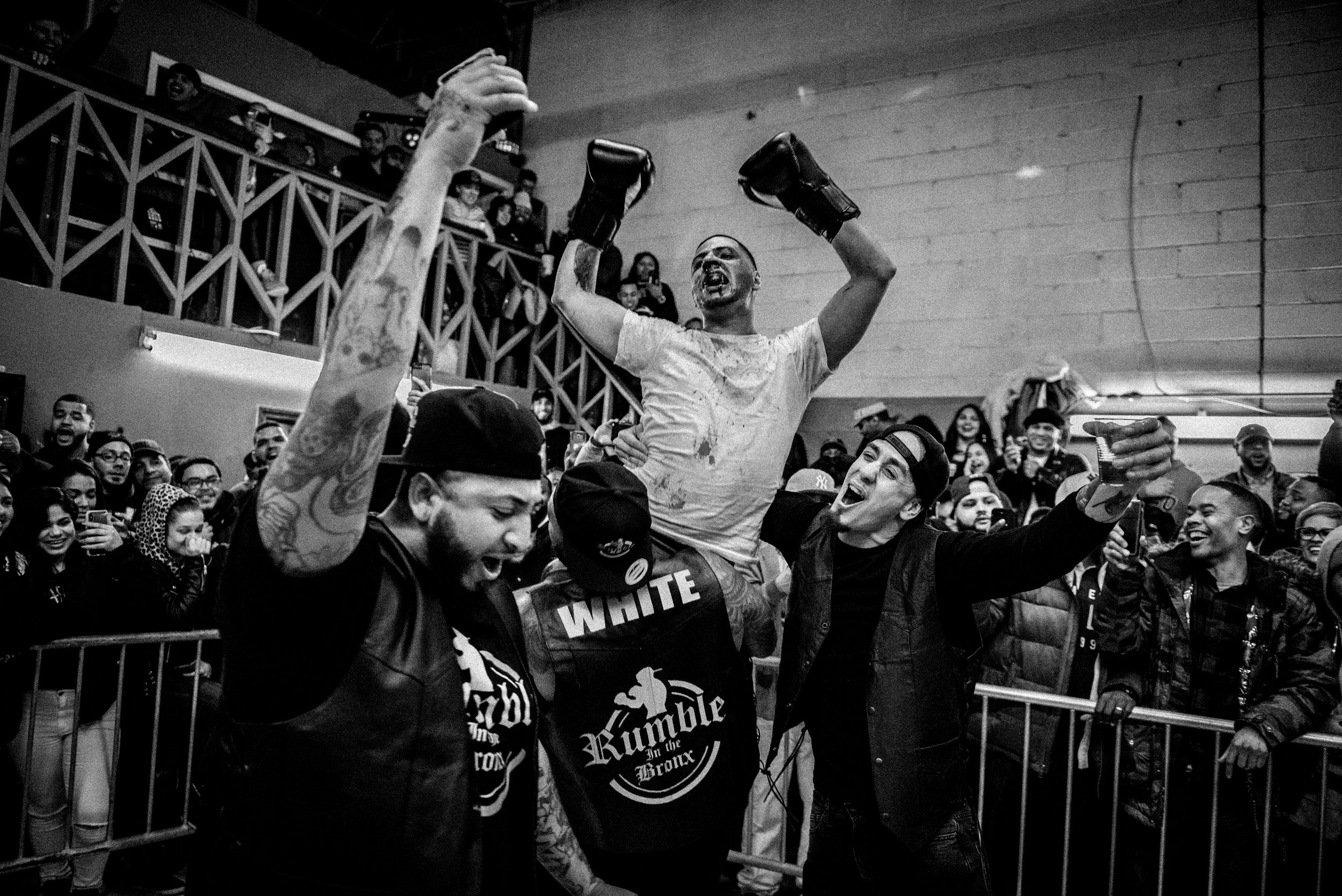 So the premise of this RP is in a modern day city, there exists an underground fight club run by a shady criminal organization. People can either pay money to watch fights and bet on who wins, or they can join the action themselves. Fighters are paid $100 for each fight whether they win or lose, however, if they continue to win more fights, they may rise through the ranks to become champion, gaining them favor with the criminal organization. There are also cops who are working undercover to try and shut down the illegal fighting ring and all other operations of the organization, such as drug dealing, gun running, and cybercrime. Oh and jaywalking, the most evil crime ever. No but seriously, they are bad people.

Our characters will be people from all walks of life who were drawn to the underground fight club for a specific reason. Maybe they have a debt to pay and they desperately need the money. Maybe they want to become the next champion, or maybe they just enjoy the rush only a good fight can give. Either way, they go through their everyday lives, hiding their secrets as well as their bruises from everyone they know, whether it be their friends, family, or co-workers or their bosses. When night falls though, they meet up at the arranged location and duke it out.

Fights are usually arranged by the organization's fixer (IE: the GM), but on rare occasion, one fighter may challenge another outright.
All fights are done with bare knuckles. Weapons are strictly forbidden from being used. Killing fighters in the ring is also strictly forbidden. Men and women are both allowed to join AND fight against each other, however, no one UNDER the age of 18 is allowed to fight or spectate. All fights can last until the opponent is either knocked out or submits. Some fights may also be fixed by the organization, especially if it involves the club's champion.

All fighting styles are allowed, whether it be karate, boxing, wrestling, Jiu Jitsu, Krav Maga, MMA, or any other martial art. Submission holds are allowed but must be broken if the opponent taps out or falls unconscious. If an opponent dies outside of the ring due to fatal injury (IE: dies at the hospital from severe head trauma), the fighter is not held responsible and will not be punished by the organization.

Exposing the Underground Fight Club, either through word of mouth, posting videos taken secretly, or social media, is a serious offense. Anyone caught doing so, whether they be a fighter or a spectator, will be dealt with severely by the organization.

That all said, who's ready to get their teeth knocked out? Oh and FYI, this RP will have mature themes like drugs, sex, extreme violence, etc, so no kiddies allowed. Also as far as the sex goes, you know the rules there. Take it to the PMs you nasty bastards!