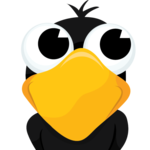 In Anita Blake Style Vampire RP (Mature) → 9 days ago Forum: 1x1 Interest Checks
Topic closed
In Closet Suckers (Pete & Alejandro) → 10 days ago Forum: 1x1 Roleplay
The sun was sinking slowly into the sky by the time the crew was clocking out. There was still plenty of work left to do on the house they were building, but tonight was Matt's birthday and it had been decided that they would all go celebrate tonight. "You coming Pete?" asked Robert, a portly middle-aged bachelor, as he stripped off his gloves and cast off his suspenders "Everyone else is." "Of course he's coming!" interjected Jon, who was short and skinny but good-looking, "Matt's gonna cry if he doesn't." "I might cry if YOU do come," retorted Matt, a young African-American, with a grin at Jon before turning to address Peter, "Seriously though I'd love it if you joined us.
In Closet Suckers (Pete & Alejandro) → 10 days ago Forum: 1x1 Roleplay
It is the year 2020; 20 years since the human world was let in on the biggest secret in history.

Muerte stared in utter fascination as his leg stitched itself back together and sealed seamlessly in seconds. He could feel the same thing happening to his shoulder. Before the green light had even faded he felt good as new. Woah! What I could do with power like that! He looked back up at her obviously impressed.

"Much appreciated...Cadence? I like that name. Cadence...her power is tied to her voice? The rhymes maybe? "Well now that I'm no longer a gimp, we should probably get out of here huh? Before more of them show up. Luckily, I've got us a ride." He gestured over his shoulder at his bike before holding out his hand to her to help her over the rubble in her path. With no small degree of charm he said, "Come on, lets go."

Muerte couldn't help it. She was attractive and fascinating...not to mention dangerous. Pulling spaceships from the sky, mending wounds in seconds, turning her enemies into stone...how could he NOT be at least a little interested? One could argue that in the middle of a warzone was hardly the place to flirt but it could also be said that there might not be a later opportunity for it. Besides, magic was literally his top weakness and he wanted very much to be on this woman's good side. What could she do to him if he pissed her off? Rip him limb from limb? Turn all his limbs into spiders? Make his brain blow up?! The possibilities were endless and he wasn't sure if he was more terrified or thrilled because of it.
In Create-A-Hero: A Superhero RPG Season 3- Shattered Dimensions → 1 mo ago Forum: Advanced Roleplay
@Perse
---------
To his credit, Muerte did not visibly react to the sudden appearance of the green bubble around her. Internally however his mind had exploded in a sudden flurry of thoughts and theories ranging from alarm to intrigue. Shit, a magic user. That green light though... Where did I see it? That's right, the ship. If she did bring the ship down that puts her in the same sup category as Icon. Useful...but also potentially dangerous. Further information is needed.

As she spoke Muerte couldn't help but give a smile of his own under his mask. She's adorable. He lowered the rifle and took up a more relaxed pose. "Well we are in a warzone, and this ain't exactly my day job. It would be kind of a weird conversation over the water cooler if my coworkers saw me fighting off alien hordes," he said in a matter-of-fact way. "Though at this point I have no idea if I have any coworkers left, so it couldn't hurt to get another one. He extended a hand to her. "They call me Muerte. And since you are human AND ok, I could use some help getting these f*ckers out of my city. What do you s-?" He caught sudden movement outside the ship, another company of soldiers had just rounded the corner of the building and spotted him. "Get down!"

Muerte tackled her back to the ground as they opened fire, keeping her as flat to the floor as he could manage while energy bolts flew wildly overhead. As soon as there was a pause he said, "Excuse me, Ill be right back." He kipped up off of her then returned fire until his rifle ceased firing. He chucked it to the side and looked around for any other weapons. That's when he noticed that the hull of this ship had barely a scorch mark where they had been firing. Interesting. He ripped off a chunk of the hull, took a deep breath, then began running out towards them with his improvised tower shield. He could feel the bolts hitting the metal but was unhindered as he plowed into the first row of them. He kept going until he'd knocked his way through the whole rank then swung the hull around to whack several of them to the ground. They regrouped and turned their rifles on him, making him duck behind metal again, but in doing so turned their backs on the ship. A searing pain flared through him. Looking down he saw singed raw flesh on his thigh where he'd caught another bolt. Well that's not good. He peeked around and saw them starting to edge around him to flank him on either side. He waited until they fired to roll suddenly forward. Two of them shot each other and the rest missed. He sprang up and took out the rest of them with another sweep with the hull. Panting heavily he attempted to walk back to the ship but staggered on his wounded leg, feeling a turn of light-headedness. Muscular damage and shock, what a great combo...
© 2007-2017
BBCode Cheatsheet