Let Slip the Corgis of War 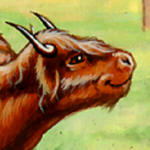 Dear Mr Curly,
I have done little travelling lately because I have been so dreadfully weary. Can it be true as the old Ecclesiastes said; that all things lead to weariness? Surely not. Perhaps the opposite is true: that all nothings lead to weariness. I have a peculiar feeling, Curly, that I am worn out from something I haven't yet done and the more I don't do it, the more exhausted I become. How strange. Could it be something I haven't realised? Perhaps it's something I haven't said? Something I haven't finished! It must be very large and true whatever it is and a lively struggle in the doing but I look forward to it immensely. I know I need it. First, however, I must curl up in my chair and sleep deeply with the duck. Perhaps I'll dream of this thing and wake up refreshed and do it. My fond wishes to you Mr. Curly, and to all Curly Flat.
Yours sleepily,
Vasco Pyjama
xxx
P.S. Not having breakfast can make you weary. That's for sure!

In Call of the Hunt [EliteCommander and Muttonhawk] → 2 days ago Forum: 1x1 Roleplay
Lunise was well enough used to being taken out of time that she enjoyed the kiss for just a few moments more than strictly necessary. While she looked as professional and in control as ever, she broke the facade and sighed at Meesei's question and cast her eyes down. "Well. Everything is well. In order, ready, and well."

By her frown and her stilted tone, she did not reflect what she said. She took Meesei's hand and lead her inside the tent. "How fares you and your pack?"

The water eventually proved a bit too cold to stay in, but the grounds were dry enough that he was not shivering before his fur dried.

"I want to hear the answer as much as Ahna does, Janius. Don't be so deflective." Fendros did not miss a beat.

"Well, if you're interested..." Janius sighed and looked up at Kaleeth. "I would say you have helped me work out how to be complementary to another's talents, Kaleeth. Before I met you I was always more independently minded than I really needed to be. But knowing you're there, physically implacable and yet tying me to an enriching responsibility...I am guided."

Janius shot Ahnasha and Fendros a look. "We're as careful as we need to be and as dangerous as is enjoyable," he added quickly.

Fendros grinned. "I meant more in the sense of...wait, never mind."
In Call of the Hunt [EliteCommander and Muttonhawk] → 6 days ago Forum: 1x1 Roleplay
While disappointed to hear they did not have an exact solution, the pack read Meesei's words. It would not help to pry. Still, the praise that followed was not lost on them either.

"You've kept us together, Meesei," Fendros said. "After you brought us together. That enough makes you a worthy pack leader."

If asked, Fendros' lack of patience drove him to speak first more than anything else, but he still held a compassionate tone. "Do not worry about ruining anything, Kaleeth," he said, before eyeing everyone. "None of us here can deny it. We might die tomorrow. People we know will probably die as well. We don't know who or how many exactly, but it's a reality." He waded closer to look Kaleeth in the eye. "I don't know if I can make anyone feel better about it, but here's how I see it. Either we might die or we will die. There's no more control over it than that. It's been decided. And so we do not have to feel any pressure on ourselves except to do our best and to get our affairs in order."

He blinked and looked over at Meesei. "I've already spoken to Rhazii about what I want him to do should I not return. I was wondering who would be making their peace first amongst all of us."
In Call of the Hunt [EliteCommander and Muttonhawk] → 11 days ago Forum: 1x1 Roleplay
The pattern of Meesei's own suggestions did not pass by Janius. He grinned and responded with an inquisitive inflection to his voice. "Something tells me some of those places would very well suit a wedding in which you are the bride, alpha. Or would it be 'a' bride?"

Sabine could only let her arms press against her sides and her lungs empty with an audible "ooph" with Kaleeth hugging her. She smiled and had just enough air to speak briefly. "Thank you, Kaleeth-rei...I...what did you have...in mind?" she squeaked out.

In Call of the Hunt [EliteCommander and Muttonhawk] → 12 days ago Forum: 1x1 Roleplay
"Well," Sabine said through a nervous laugh. "It is somewhat overwhelming. I think both of us just wanted to marry in the clan home. The Silent City. It is otherwise too much to choose from."

Fendros chuckled to himself. "The Silent City is still a magnificent place, even if we're used to it by now."

"No, no, no, why not visit some other places just to see?" Janius said. "You only do weddings once, usually."