2 days ago
Current alright new thread up
3 days ago
i wanna rp in broacien come on guys
7 days ago
hillan's my dad
2 likes
14 days ago
how can i help you
15 days ago
this is dwarf fortress, after all

life is a prison and death is the key 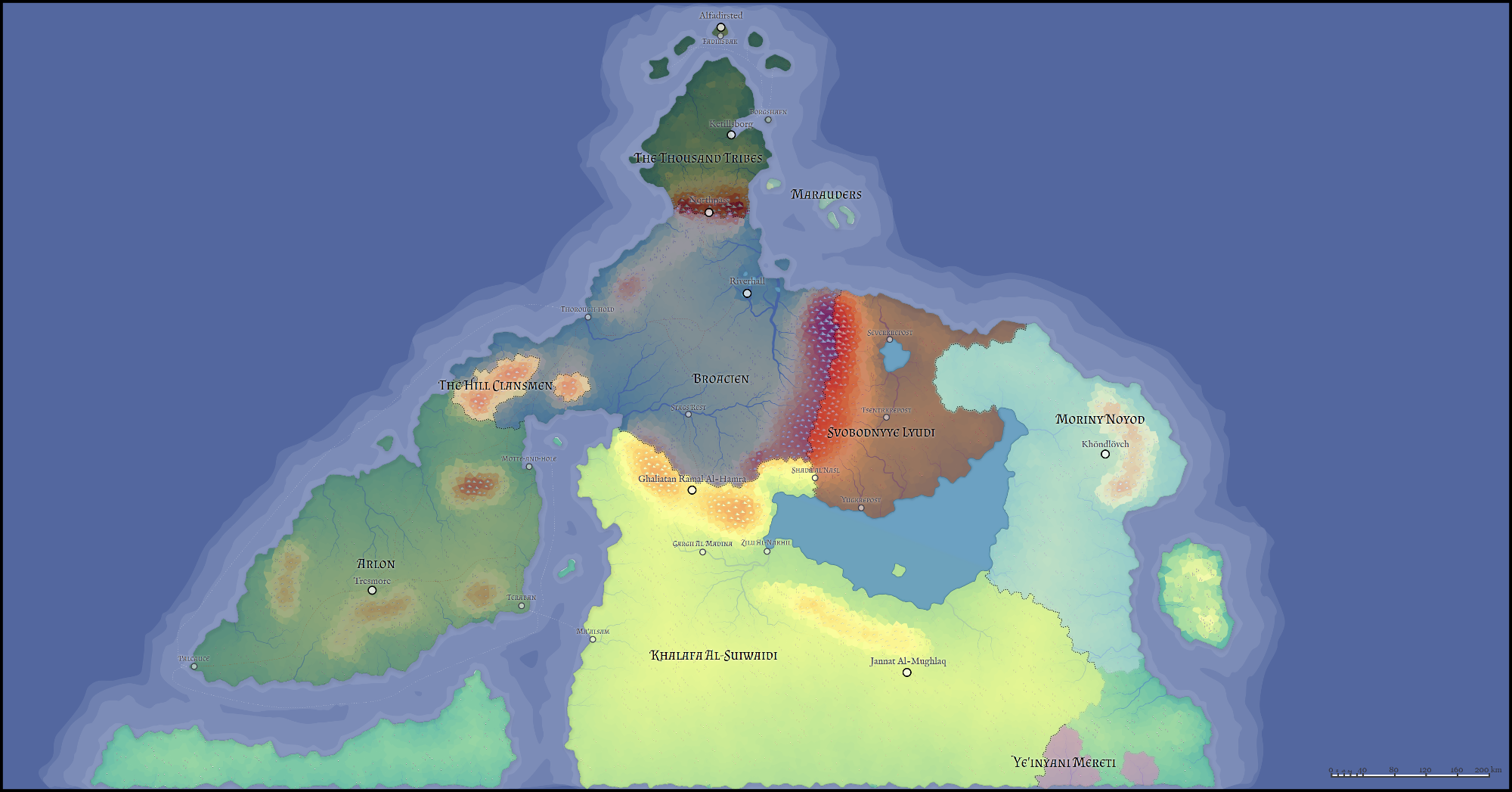 The world of Broacien, as far as we know it. There exists more lands to the north, east, south and west, but this is as far as the titular kingdom has explored it's surrounding realms. Where will you strike your mark?

This RP will be based off of Broacien, so reading the linked thread is a requirement, not a request. If you think there's too much info in that thread, feel free to click the back button on your browser now; we won't be a good match. I expect effort from my partners and actually reading what I wrote/write is a start. Once you've read through that, we can continue.

Broacien started as a group RP that I expanded upon in a very long term 1x1 RP. As such it's a personal project that was then expanded into a 2 person project. The linked thread above contains only a small fraction of the lore of the world, which means you're gonna be in the dark about a lot of things because frankly a lot of it isn't worth writing about in a lore write up but is worth expanding on in the IC. If that puts you off, rest assured, I spend a lot of time with my writing partners in OOC going through and over different things, and I'm nothing if not willing to change the lore here and there to accommodate a better story.

However, because it's a personal project I've worked on for years, there's also a certain degree of permanence to it: I will not drastically change the world to suit your requests if it changes the world at large. There are some factors that are simply hard requirements for Broacien:

As listed above, I expected a certain degree of effort from my partners. This extends into everything:

This isn't an RP where you can sit and let me lead the entire story. Or let me create the entire world alone. You'll have to formulate your own posts, and create new facets of the world. The way this has worked for me in the past is that each writing partner plays to their strengths; if you know a lot about road construction, then feel free to write a lot about how awfully cool the roads are in Broacien. If you know a lot about drugs, write a lot about the drugs from the Khalifate. If you're crazy about theology, feel free to expand on the religions that are around. As long as everything happens in collaboration then those are awesome additions.

In your opening PM to me, feel free to let me know a few things; this is not a checklist, just some ideas on what I'd like to hear before I even consider writing a response.

Now we get to the juicy bit, which is the plot. In short: it's up to you. I have an entire world for us to play with, and we can do anything we want in it. I'm not picky about what we do. Wanna introduce some new civilization, then send me a concept for it and a rough idea of where they're from. Want to play around in Broacien, or a small village there? Let me know. Want to write about grand politics and court intrigue in the civil war of Broacien? Dope.

The succinct lack of features to support a) holding community members accountable, b) holding staff members accountable and c) streamlining the actual bloody process you need to go through to report anything or anyone means that this will never get better.

We can make rules all we want.

Fact of the matter is rules are flaunted left and right as is. Being friends with the moderators, as unfortunate as it is, helps quite a bit in doing so. This is simply an undeniable truth at this point and while moderators may be remiss to admit as such in public, I've spoken to many (ex-)moderators and admins who have shared this view with me and agree, so I don't think I can be moved from this stance in the slightest.

Something else I've struggled with for a long time in the context of moderating content is that art is stolen left and right (whatever, we RP, it's sort of just what happens) and that when an artist (sometimes in a foreign language, trying their best) posts about this or makes a remark, they have been ignored in the past. This, back then, really soured my taste of the moderator in question and really consolidated my view of the moderator team

Either way the point I'm making is -- none of this matters if the rules are just a small blip on the radar of literally anyone, lol. We can beg for all the representation we want, it's gonna be irrelevant because nobody gives a rats ass about the rules anyway and as much as we've asked for the rules to be streamlined, we basically still have the rule of Fonz Cool. Just in more words. And, if we go by the letter of the rule, you are already represented.
[color=black][b]life is a prison and death is the key[/b][/color]
<div style="white-space:pre-wrap;"><font color="black"><span class="bb-b">life is a prison and death is the key</span></font></div>
© 2007-2017
BBCode Cheatsheet