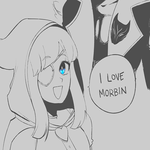 The four people entered the dinning room. Those seems to be fresh faces to Nanashi, for avoid making a contact on nobles, he did quick stare on suspected noble for observation, same thing with young boy servant. His attention more focus on the black hair chambered maid, he keeps observing because of here green eyes seems to be familiar.

Well trained army of opposing clan. Sending troops to kill Nanashi to secure the first born son throne. Crews and armed passengers will be surprise how good they are and they also fight unfair.

Giving the small elf a traumatic experience as she bein hostage.
In Lost RPG → 7 days ago Forum: Free Roleplay
@Grade

Nanashi got a sneeze caused by someone who mentioned him. Decided to leave the upper deck as he proceeded to the dinning mess.

At the dinning mess. He sits away from nobles but nearby to the commoners. People will see him as a young foreign looking handsome with an untied straight shoulder length black hair, not as usual appearance from recent time. He is not wearing both of his mino cape and straw hat, not carrying a bedroll bag same goes with a bow and quiver. only carrying a katana that attach on his left hip. But still he is loaded with a pouch of gold coins.

He will be seen eating with an odd looking utensil which is a pair of own made small sticks and the way he is eating is not as a commoner but a foreign proper eating manner.
In Lost RPG → 7 days ago Forum: Free Roleplay
@Dark Cloud

Welp it is Player Determined. You can help the young ronin on the upper deck. Crews also armed and other players can repel inside the ship.

Still, they gonna fight unfair and outnumbered Nanashi because it is their major objective.
In Lost RPG → 8 days ago Forum: Free Roleplay
As Nanashi getting bored. He pick up his traditional flute from his origin and begin to produce a sad melodic song that can be heard anyone from the ship.
youtube.com/watch?v=WGYNWMX8Di0

Na Mo Naki Kizu. Nameless scar. A ronin who had a bitter past. A prince who became a tool who specialize to kill for his clan. Forsaken his identity to became a samurai who followed the martial code and honor for his forster clan. Losing all of things he had, he was forced to drag into the foreign land. Became a nameless ronin who wanders aimlessly.

After the song. He keeps idle on the upper deck. Still staring on sea.
In Lost RPG → 9 days ago Forum: Free Roleplay
It was a rainy day. Opposing clan's territorial town was burnt down into ashes.

A young Nanashi was chosen to kill the children of opposing lord. Surrounded by his fellow soldiers, ready to cut both of children heads. He was hesitate to do but he had no choice. He ended the first one life with a clean cut. The second child burst out with its crying. Embracing the decreased sibling. One of Nanashi's ally picked up the child to keep it hold on and ready for its turn. Nanashi took another clean cut as the head rolled down.

It was his first battle and victory.

Nanashi woke up with an awkward position on the ground. It seemed that he fell as he recovered from his nightmare. He recovered and started to roam on the ship with his katana.

In current, he is on the upper deck, leaning with his two upper arms on the railing of the edge of the ship. Staring on the whole blue sea.
In Lost RPG → 9 days ago Forum: Free Roleplay
@Zim0cron

Better stick with seasonal warrior along with ember. Don't go with Nanashi, he is getting outnumber as possible.
© 2007-2017
BBCode Cheatsheet