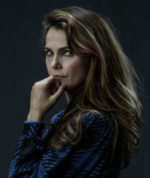 @Xandrya I could tell similar stories regarding maturity. Drugs and alcohol can stunt growth. My father became an alcoholic when he was 19 years old. After two or three OUI arrests and 25 years at the age of 44, he finally kicked the yolk off. Mentally, he was still 19. The drug inhibited his brain from maturing. Undoubtedly your long board gentleman had a similar experience.

It was a bit of a curveball because prior to the date, I could have sworn he was more so the type of person I was looking for, but I was fooled. I have the typical drunk uncle who still lives in Cuba though and you can tell just by speaking to him he loves the bottle.
1x Like

Banned Seen 13 days ago
Miraboreasu
Nope
Banned
4318 posts
in 2641 days
Seen 13 days ago
When I leave the house to run errands or go to an appointment, sometimes I'll put my headphones on and turn on some music to make it feel like a little adventure. Usually, I go with Proof of a Hero from Monster Hunter, specifically this version.
Hidden 11 mos ago Post by Vampiretwilight
Raw —

2017 posts
in 1812 days
Seen 3 days ago
After eons of indecisiveness, some time in January I finally decided what my all-time favorite song is. Behold, this masterpiece that to me is perfect in every single way:

3021 posts
in 2634 days
Seen 2 hrs ago
Bio
@Xandrya Love that song! At one time in my life, I worked for a railroad. I was a conductor in freight service. My job entailed throwing switches and making hitches; telling the engineer to take it ahead and to bring it back to a hitch, giving him a car count over the radio. There is a line in the song, "There's a freight training coming your way." I remember one day, we were coming down the main line inside yard limits. Another crew was sitting on a siding waiting for us. I sang that line over the radio as we chugged closer to them.

2017 posts
in 1812 days
Seen 3 days ago
@Gunther my signature on here is that piece you were singing. Honestly, the whole S&M album is da bomb.
1x Like 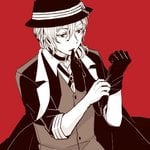 696 posts
in 358 days
Online
Bio
I did Brazilian Jiu Jitsu in high school. Never got higher than a blue belt though.
1x Like

15627 posts
in 900 days
Online
Bio 8 hrs ago
the one Metallica song I consider one I really like the most would be 'for whom the bell tolls' for some reason. I remembered hearing it as the opening song to zombieland and I was like 'cool.' :)
1x Like

I did Brazilian Jiu Jitsu in high school. Never got higher than a blue belt though.

Blue belt takes what, 3 years to achieve in BJJ? I know blue belt is considered an excellent achievement. I trained in Krav Maga for six and a half years.
Hidden 11 mos ago Post by Vampiretwilight
Raw —

2017 posts
in 1812 days
Seen 3 days ago
The fact that people throw food out doesn't sit right with me. And when I come across expired food is the same exact feeling and I feel terribly guilty.
Hidden 11 mos ago Post by The Harbinger of Ferocity
Raw — 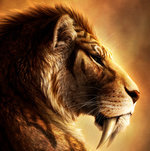 3754 posts
in 2464 days
Seen 7 mos ago
Bio
During a recent presentation wherein I attended a campus and spoke, I discovered their geology and paleontology department had a few felid skulls in their catalog and requested to gain access to them. Not at all to my surprise, they permitted me and I gave an impromptu dialogue and class on it after having spoken earlier, only to discover when handling their collection that some of their specimens showed signs of stressors in life. In particular, their Smilodon fatalis californicus skull demonstrated that early in life, likely as a cub, it had suffered trauma to the right mandible and also had suffered a nasal fracture that caused a deviated septum that it carried throughout life. I was again offered a position as a result should I ever wish to negotiate one but I declined for the time being although it is something to consider once my current obligations are done.
Hidden 11 mos ago Post by Vampiretwilight
Raw —

696 posts
in 358 days
Online
Bio
I have spent way too much time playing Stardew Valley.
Hidden 11 mos ago Post by Vampiretwilight
Raw —

15627 posts
in 900 days
Online
Bio 8 hrs ago
i spent quite a bit of time playing harvest moon: a new beginning recently.
Hidden 11 mos ago Post by Chuuya
Raw —

i spent quite a bit of time playing harvest moon: a new beginning recently.

Good game though I haven't gotten around to finishing it. I definitely recommend Story of Seasons and its successor if you enjoyed it.
Hidden 11 mos ago Post by Vampiretwilight
Raw — 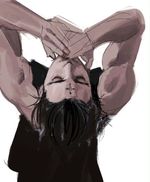 Bio
I just found out that some people deep fry bacon and eh . . .
Hidden 11 mos ago Post by Vampiretwilight
Raw —