I can't believe I can't vote for them all. Narrowing it down was hard.
1x Laugh

Member Seen 3 days ago
Sebastian D
Dabrowski Kawaler of the Kingdom of Poland. 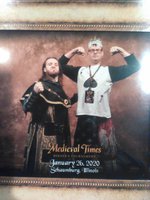 352 posts
in 982 days
Seen 3 days ago
Bio
Arena:
0 / 0 / 0
I'm just going to do 3, because I'm a Court-Ranger. What is that? Well, in school when the other boyys selfishly became perverse gypsies, savages|scum, or vs'd girls and boys dandily I accepted being an opponent, the Sword Hunters were also liked for want of being duelists against warriors, too. When roleplayinng accured the real courts disengaged because Justiciars were becoming farces, and not Knights - it was up to Overlords, and the Rangers from having the Imperials succeed into damnation - those are Seperatists, Insurrectionists, Extremists, and any brigand of banndits, too - like Wizardesses, Bastards, Dykes, Tramps, Harlots, and even the special albino dubbed "Inbread" (like they're Alchemists, or Apocatheripists if Oracle failed).

I had to manage my Pool King, so I get muscular with push|sit ups for ten years first, sword and archery as college goes, too. Confuused? Well you should be as I have only reaped a biginning so far. Instead of tutoring others on how to be I kept beingsoolemnly myself and that gradually got me to be liked by the popular girls, and stalwart fellows. To succeed, exccept math isn't worthy, I need to maintain haazop procedures, honored defences, and neutral friendships to crush the bottom dwellers from rising through peerpressure to Puppeteer because they couldn't make Peace-Keeper for troupes, or miscreants. Heretics, at most... But like I said I'm a Ranger, Sword Hunter was a full game. Master Ranger was the idea, but skateboarding had to be kept personal not Party-Animal, so at 23 I quit to further my education to make the roleplay a reality - maybe I should become the Overlord? Besides Environmental Psychologist if I make a heraldric testiment for Forest Ranger I should suffice as a Noble, surpassing the roleplay correectly.

*Angled the spectacles straight upon the ears so to rest on the nose friendlyly* I'm not concerned with my points, thanks. Just my favorite will do.

I also realize I aught to change my name to a Ranger one, it'd certainly revere itself. Darn bigotry, lol.

Alright, onto the votes!

1st: Peep the black sheep. A most splendiid Care-Giver. It must be the graveyard...
2nd: Jack. I belive I have humbled,babied,moopeywhoopiedhuddled, that cat better than a kitten deserves, already.
3rd: Gizmo. More than adamant, that Golden Retriever deserves a bow!
Hidden 4 mos ago Post by Kassarock
Raw —

Kassarock I had a fancy colour one of these, then RPG died

Member Online
Kassarock
I had a fancy colour one of these, then RPG died

Category: Misc
1st Pick: Enigma
2nd Pick: Danica
3rd Pick: Peep (Maybe if you hadn't woken me up with your screaming this morning I'd vote you higher)
Hidden 4 mos ago Post by POOHEAD189
Raw —

Moderator
8524 posts
in 1893 days
Seen 8 hrs ago
Bio 2 days ago
I couldn't possibly choose but I wanted to say they're all adorable.

@Kassarock You are forgiven btw. I love the sheep
1x Like 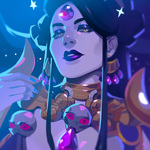 1137 posts
in 1357 days
Seen 3 hrs ago
Bio
Thanks to all for the first round votes! This voting is now closed.

Will do a count and get the final round up today!
1x Like