Kingdom of Poland-Kawaler of the Polish Adder!

STATUS: I want this to be my last status kept: Thievery was the cape, I had to teach myself whatever 'guile' was, myself on nights I wasn't partying and snaked unlocked cars in neighborhoods. 1 day ago 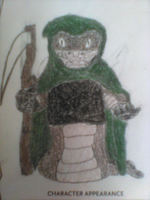 1 day ago
Current I want this to be my last status kept: Thievery was the cape, I had to teach myself whatever 'guile' was, myself on nights I wasn't partying and snaked unlocked cars in neighborhoods.
1 like
2 days ago
Either I reap a magician, slay the dark carnival, or avenge God. I made it! 7 of Spades; roleplayerguild.com/topics/…
2 mos ago
Kingdom of Poland
2 mos ago
I've studied snakes after high school to reap my soul for college, and so I professionally love that snake scales look pyro!
2 mos ago
At my wedding I need to prove virtue is not only a regal word by chopping through a lit black candle with a knightly\rangerly longsword.

I'm a Polish-American named Sebastian. I got to the U.S. when I was 2, and as my sister stayed-to-Polish-girl-friendships(just those. She got pregnant by a common American. I barbarian and enjoy ceasing him- that's sword-hunting American fratboy vanguard challengers as to become the Charger of my noble Polish name. I wont be a actual Lancer, but with a treasurey of my lifestory, arbitration of a science degree, prestigeous hobbies like sword, archery, and roleplaying I definetly will Forsaken-Ranger to Overlord.) my parents indulged themselves to party up with them, my mother even got me tykes to play with as they enjoyed both of us. And of those tykes families they too partied to Catholic congregation. I had a communion at 11 representing the way into the Kingdom of Poland.

But I'm stuck in the U.S. because at like 16-years-old my mother tried a alternative personality 'duplicity' to me. I became a skateboarder at 7-years-old to merge with the U.S. socialhood and got tough, mainly to avenge a girl (my girl is my lady, my wife will have been my princess.), but to enjoy that I tried to avenge parties of my own I felt dishonored, and now understand her creton view on life. I abandoned the greencard date for my soul.

While it's not confusing having socialsecurity it is however daunting to refrain from joining the military,and skip tax accountment. Eventually I'll have credentials to progress for a greencard+citizenship after ten + years.

During my partying I refrained interest to roleplay so to better my synergy\harmony and not peerpressure just because how easy it is to pride yourself into being uppermddle-class when you seriously start working for school.

I began at 23. I did buy a build-your-own-katana, libraried graphic novelbook of five rings by musashi, got registered as just a swordsman in the World Martial Arts Association alliance then after two years of offense I made it bare and threw it into a lake to stop the beginning of 'shinobi' defense. I need a waterproof metaldetector now. I'll inevitably get it out and melt it by my pyro dexterity before scrappin the metal.
My parents gave me the 2013 Nissan Rogue it must be swornin as a sign of maturity and kept. I'll have to fix and prepare it for the offroad U.S. snorkel pristige. (sun-visor over windshield,better headlight bulbs, snorkel, 35in wheels with lift kitsuspension coils and a high school paint job\appropriate stickers.)

It's not that the U.S. is hard. The people who dont endeavor excersize5while gaining i life are 'scum', and I see themin a9 typs of offroad automoble just becaue. So my children will be getting cheap coretesfor school. Mymotocycl wilneed a pool tablenext to a pinklimosine-conect(il edit this section later).

In order of play, my solo characters for roleplay fun:
1st) My RuneScape roleplay within the MMORPG - knight of the Kinshra.

8th) My rogue swordsman in "Street Samurai" on the Roleplayerguild.

In Megaman X: Crimson Metal → 4 hrs ago Forum: General Interest Checks
I'm interested, too.
In Myling says hi! → 2 days ago Forum: Introduce Yourself
Pieing time! This is for Bozo! - Welcome =¶ /me threw a peanutbutter pie at Myling

if it didn't doo, well atleast it's still a gag!
In An interest check (which will later become my bio); FANTASY ROLEPLAY, 18+ → 2 days ago Forum: Introduce Yourself
You an arcanist or meiji?
In Greetings! Candy Cane Service! → 2 days ago Forum: News
Here, here! A wish for happy days.
In Arena Chat Thread → 4 days ago Forum: Arena Roleplay
@Hedgehawk I apologize, my challenger is concerned with who will judge. Thanks for that generous ablige, but I'm going to let them see to the tidings as well. To be fair.

I will keep you in reserve, though.
In Arena Chat Thread → 6 days ago Forum: Arena Roleplay
@Hedgehawk I want to have a ranked fight against BangoSkank. You can judge our fight (at least 1 post a month) at the ARENA Battleground "Prince's Private Arena". We're just idling by in the arena interest section, please do bring yourself over to finalize us.
In Arena Chat Thread → 7 days ago Forum: Arena Roleplay
Ohhh, my mistake.
In Freeform Fantasy Roleplay (Anybody can just jump in.) → 9 days ago Forum: Free Roleplay
At 1:23 of https://m.youtube.com/watch?v=NHBjdSRmRvU the unicorn had its neck snapped when Sebastian braced himself onto its horned forehead by a nimble reverse step aback, and then heaved himself over into a somersault flip while holding the unicorn in his strong arms. By the time it layed before him another unicorn had charged over it with horn aimed at Sebastian.

I stray to its left and struck deep into its eye. It fraggled, frooped, sputtered anguish in its horrorstup, as it began a malevolent rampage to sustain itself I had just gotten through the assault of the next straight 8 unicorns in hand-to-hand-courdination but pulled their eyes out instead of sending a fist through to its brain.

The retarded bunch of unicorns ravaged eachother to death.