Mahz is the Admin. He's the man with the plan and the Guild's head honcho.

4 yrs ago
Getting some more work done on the Guild today and tomorrow.
25 likes
5 yrs ago
Investigating the catastrophic performance issues.
1 like
5 yrs ago
I'm back. I had some personal issues to take care of.
13 likes
5 yrs ago
You can change your username once every 3 months, and your old username will still link to you and won't be recycled. PM me if you want yours done.
19 likes
5 yrs ago
Feel free to help out instead of complaining about free stuff on my sidebar. Here is the source code: github.com/danneu/guild
30 likes

In Mahz's Dev Journal → 3 yrs ago Forum: News
I'll be taking the forum down this weekend to upgrade the database and syncing the server up with the code.
In New Bean to The Pod → 3 yrs ago Forum: Introduce Yourself
A new bean to the pod? Well that's cute.

Hope you find your pod.

I'm working on an update. It's a bunch of smaller, not so consequential improvements in the code that I've accumulated over a six month period. Some random bug fixes you might notice as well. I want to thank @LegendBegins for pointing out a security bug that will be fixed in this update.

In other news, I want to have a quick memorial for my cat that I had to put asleep on my birthday Sept 13th a couple weeks ago. She's seen in the first test pic of the Guild's image hosting system: 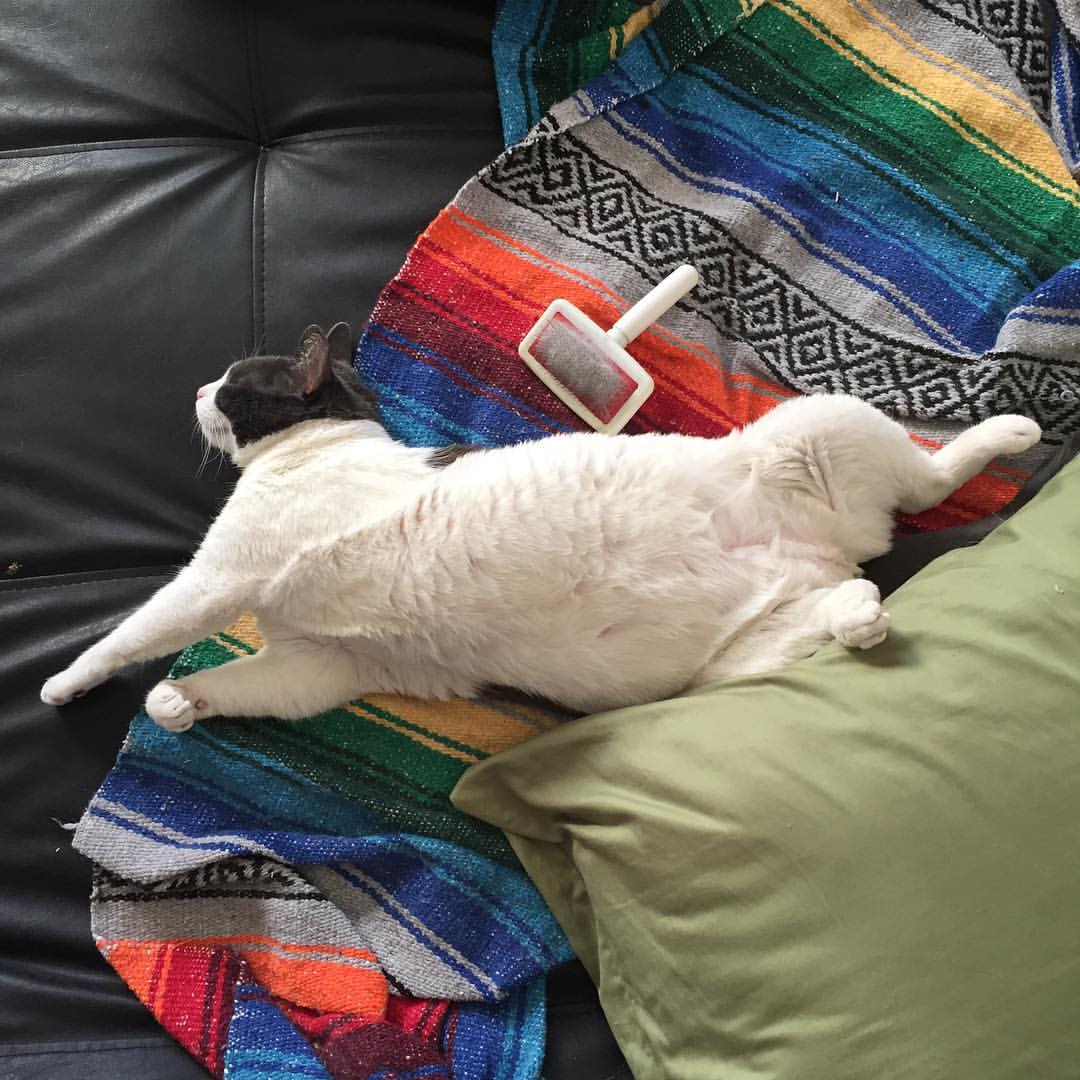 It's heart-breaking that such an innocent, sweet cosita has to suffer at all. :( But she's not suffering anymore.

clever way to bump your thread although somewhat questionable

Bumping interest checks is perfectly fine and expected.
In Mahz's Dev Journal → 4 yrs ago Forum: News
I heard I might have come across strongly with regard to PW in my last post or people might have been reacting to it.

To clarify, the PW concept has been part of the Guild since Day One.

It will always be "doomed" to a relatively small group of people by its very nature, the same reason a roleplay rarely scales beyond a few people. It's just fun and part of Guild tradition.

But I'd rather talk about other things in this thread than PW's placement on the homepage.

@Vec Building my own editor quickly proved to be a horrific amount of work, so I did drop that ball.

Lately I've been looking into getting something like CKEditor working on the Guild. There there are plenty of challenges there as well.

Working on the Guild quickly made me aware how much full time engineering muscle platforms like vBulletin/Xenforo put into their editor.
In Mahz's Dev Journal → 4 yrs ago Forum: News
It's hard to reply to every point made in this thread. Just know that I regularly mine ideas from this thread when I have some spare time, especially to remember what I was last working on. It also cuts into my Guild work time to clarify my thoughts on every suggestion and serves as a channel for procrastination.

I want to resume work this weekend.

@Lady Amalthea Good ideas. I definitely like higher level tags like "Magic" and "Character Death". Especially the latter since it's a fundamental game mechanic distinction.

@Kuro Yeah, that's a good point -- isolating mature RPs from the rest so that you're not having to sift through one when you're only looking for the other. Even the roleplayerguild.com/roleplays view doesn't give you the option to blacklist tags, unfortunately.

@Calle I think I wrote a post within the last 5 pages that responded to the sidebar chat concern, but I have two ideas that should declutter the sidebar: only your first status message per X minutes appears in the sidebar, and a "Reply" button that lets you reply to a status without writing your own status -- as if it were a tiny forum topic.

@LegendBegins @Shienvien Good points. The PW is already doomed by its intrinsic lack of mass appeal since it's essentially a single roleplay. It's at the top as a trade-off that was supposed to be temporary. And by the time I got around to work on the Guild again since PW was created, the PW system was reset with a new theme which I thought would've been an unfair time to move it. I will move it soon.

I'll do some research to see why I turned it off the last time and if it's still an issue.
In ... → 4 yrs ago Forum: Suggestions/Problems
Done. Gonna take me a while to get used to it though given the perfection that was Cat Chamber.
In ... → 4 yrs ago Forum: Suggestions/Problems
@catchamber Did the name-change form not work on the bottom of your edit-profile page?
[youtube]https://www.youtube.com/watch?v=Qg_L54DW69U[/youtube]
<div style="white-space:pre-wrap;"><iframe src="//youtube.com/embed/Qg_L54DW69U?theme=dark" frameborder="0" width="496" height="279" allowfullscreen></iframe></div>
© 2007-2017
BBCode Cheatsheet