3633 posts
in 3097 days
Seen 23 hrs ago
Prologue
The nation of Tenkai, led by the once-Emperor Hifumi, has fallen. Once bound together under one banner, the land has since been left fractured by the assassination of their leader and the ensuing power struggle. The ministers and warlords bickered and fought, and in a single motion the land was left divided. Those who returned to their homes built up castles and armies, and thus began a great civil war. For ten years they fought, consuming the land in fire and brimstone...

Until finally, only nine banners remained. Nine clans leading their own men, finally seeing that the commonfolk were beginning to grow weary of the fighting and seemed to be on the verge of rebelling, chose to lay down their arms—if only temporarily—and rebuild.

And rebuild they did.

It has been fifty years since, and the lands of Tenkai remain divided. But even so, a single spark could easily reignite the flames of war, and consume everyone once more...

Tenkai
Toukai is a land of humans and youkai—the two coexist, though occasionally under more dubious terms. The land upon which the nation was founded is somewhat isolated from those nearby, with mountain ranges and deserts to the west and the ocean to the east; ultimately, this means that foreign intervention or involvement in their affairs is all but impossible.

In short, these domestic affairs are to be settled by those living there and them alone.

Provinces and Clans
The lands of Tenkai have been divided into nine major provinces, each led by a single clan. They are, as follows:

So... In short, this is an idea for a fantasy Sengoku Jidai (aka Warring States or 'that thing with Nobunaga') RP that takes place in... Well, what is effectively fantasy Japan if it had a landmass the size of China.

Oh, and with magic, obviously. And technology somewhat closer in nature to that of the Heian era than that of the Azuchi-Momoyama period (so no firearms).

Regardless, here is a form for everyone to apply with. Nice and simple, no? 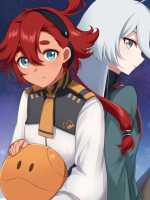 881 posts
in 1989 days
Seen 1 day ago
Bio
This looks particularly interesting to me. It's not often I get to see a Sengoku-ish theme RP around here
Hidden 5 mos ago Post by PKMNB0Y
Raw —
GM

Anyways, whee form on my end.

1315 posts
in 3055 days
Seen 25 min ago
Bio
@PKMNB0Y As discussed in PM, here's the revised draft for my character. Other players, please feel free to offer critiques or suggestions! It looks like, so far, we have a ninja, a sword specialist, and a strategist, so I suppose the role my character would fill would be more towards the Big Guy/Berserker end of the spectrum!

3633 posts
in 3097 days
Seen 23 hrs ago
@Zeroth: Aye, as discussed there, character looks fine. Accepted.
I'll give it a few more days before a starting post comes out.
Hidden 5 mos ago Post by Kiosis
Raw —

10 posts
in 176 days
Seen 5 mos ago
Sorry, I have been out of town for the long weekend! I will get my character up tomorrow at some point for sure!
Hidden 5 mos ago → 5 mos ago Post by Conscripts
Raw —

3633 posts
in 3097 days
Seen 23 hrs ago
@Conscripts: Big problem is the onmyodo knowledge. Character shouldn't have the ability to cast spells given the background here. More or less it, though.
1x Like

I've been feeling a bit under the weather this week but hopefully I should be well enough to start around the end of the week? Maybe?
Hidden 5 mos ago Post by Conscripts
Raw —

881 posts
in 1989 days
Seen 1 day ago
Bio
Cool, thanks! Moving character to the appropriate tab
Hidden 5 mos ago Post by Horton
Raw —

Member Seen 1 mo ago
Horton
Who?

14 posts
in 1592 days
Seen 1 mo ago
Yello yello, thinking about playing a merchant character! I'll probably have a character fleshed out later today.
Hidden 5 mos ago → 5 mos ago Post by Crimson Paladin
Raw — 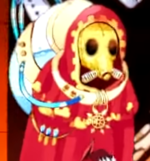 He uses the katana that was confiscated from the samurai he killed. It bears the signature of an expert swordsmith and is consequently a superb sword, but if someone recognized it, they'd know that Terumori was involved in the samurai's disappearance. He's changed the tsuba and saya to avoid drawing attention, but someone already familiar with the weapon could still potentially recognize the blade.
Hidden 5 mos ago Post by PKMNB0Y
Raw —
GM

3633 posts
in 3097 days
Seen 23 hrs ago
All right, there's the first post. I'm leaving the opening section somewhat open-ended, of course, but my request is to not all dogpile onto one place. If you need information or answers to help towards that goal, please do ask.

Edit: Adding onto that: If you want me to set up a scenario for you (because a pre-existing one that feels fitting to you isn't present or whatever other reason), please do ask. I'd be more than happy to spin something up to get you going, too.
Hidden 5 mos ago Post by Zeroth
Raw —