STATUS: Ever had that moment were you've just lost a battle of wills with your dog and think to yourself, "maybe I should be the one sleeping on the floor"? I have. It's oddly liberating. 2 yrs ago

2 yrs ago
Current Ever had that moment were you've just lost a battle of wills with your dog and think to yourself, "maybe I should be the one sleeping on the floor"? I have. It's oddly liberating.
3 likes
3 yrs ago
My Lit Lecturer used Matt Fraction's Hawkeye run to display the effect of narratology in class today. It's the first thing he's spoken about all term that I've actually read.
3 yrs ago
How good is the Punisher in Netflix's Daredevil series? "Just some guys who are about to walk into a diner for the last time." That line is so manly it could make a toddler sprout a beard.
3 yrs ago
The Justice League trailer is giving me mixed emotions. On the one hand, I desperately want to get hyped. On the other, Snyder and co have burnt me too many times in the past. I'm a conflicted mess.
2 likes
3 yrs ago
What? The Lethal Weapon tv show isn't utter garbage at all, instead being an enjoyable watch. What the fuck is the world coming to?
1 like

For all you know I'm handsome as hell. Let's keep it that way.

@BlackSam3091 I wanted to be criminal/vigilante-turned-forced to work for Order :/

If you're worried about our ideas overlapping, don't be. I'm sure we can develop them in such a way that both characters are their own unique individuals, with their own goals, strengths, weaknesses and voices.
In The Arcane Order of Pandora (Victorian Era superhero roleplaying) → 8 mos ago Forum: Casual Roleplay
I'm going to be out of the country and away from a reliable internet connection for the next fortnight, but I'll be keeping an eye on this for when I get back. Can't wait to see how it develops.
In IC: The Order of Pandora (Victorian-era superheroes) → 8 mos ago Forum: Advanced Interest Checks
Tentatively interested. I have a few different character ideas that include a former criminal-turned-vigilante who thinks he's a ghost (but isn't), an immortal anarchist knight cursed to serve the British monarchy from now until the end of days, or a telepath/empath who abuses opium to help control their powers. I'd love to hear more about the setting to better tailor my prospective characters for it.
In ~ Cinders ~ → 1 yr ago Forum: Casual Roleplay
I'll be away for the next couple of days. Might have wi-fi, might not. Either way, have fun and don't do anything I wouldn't.
In ~ Cinders ~ → 1 yr ago Forum: Casual Roleplay
@Dealdric 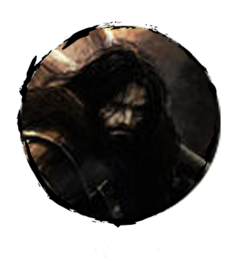 While Georgia spoke, the dwarf leant over and helped himself to a hunk of bread from the rations sack. It was stale, and rock hard, the effort of chewing it hurting his jaw. He splashed a dash of water from his canteen upon the crust, hoping to soften the loaf and make it more palatable. A faint hope. There’s little palatable about this situation. Stranded in a land not your own, a sea between you and your brothers, a pariah amongst your own clan, strange amongst strangers and hunted by a creature beyond your comprehension. He was almost starting to regret killing Stevros.

The risk had been calculated, and he still had no reason to believe that the death of his brother-in-law hadn’t delivered the outcome he had hoped for. To be sure he hadn’t expected to be shipped off to Haev when he volunteered his services to the Sacred Flame, but he had made allowances for such unexpected variables. Things back in the Ghenna Mountain ranges should still be progressing according to his plans with or without his presence. He had more pressing issues closer to hand that required his attention.

"I don't think we're alone, Sir Stravi. It could be spirits. It may be magic. One thing, I think, is certain: our presence is known."

Georgia’s eyes where on him, her gaze bright and intense. He was struck suddenly by just how young she was and wondered for a moment why he had requested her presence. At the time he had reasoned that the, while inexperienced and untampered, he imagined she had a wealth of potential, and wanted the chance to observe her in close quarters, perhaps try and mould her into the capable woman that he suspected she could become. After all, if he was to serve alongside these Flame recruits then he would rather they be as effective as possible, rather than scared and untried children. Right at that moment however he was uncomfortably suspicious that there might have been more than a vein of sentimentality in his decision to take Georgia along.

If only Gentle could see you know. How he’d laugh at his dread captain, playing at being the knight-in-shining armour for the frightened maiden. Stravi dismissed the thought as ridiculous. Georgia may or may not be a delicate maiden – the choice of who and what she was, was for her to decide – but he was most certainly not a noble knight. He was a mercenary and a kin slayer, a warrior and a pragmatist, and he had neither the time nor inclination to enact upon such noble ideals. Georgia was a soldier in the Order of the Sacred Flame now and would have to learn to harden herself to the realities of that situation, just as everyone else on their boat to Weirn had. He would protect her as he would a comrade, not as a father would a child. Anything less than that would be irresponsible.

“Then we are of a similar mind. Something watches us and doesn’t want to be seen in return. In my experience that can only mean that it means us some kind of ill.” His eyes flickered along the tree line, but he could see nothing untoward. He grunted, annoyed. He had never been anything more than a capable woodsman, but he suspected that even if had the skill of Whisperwood, the Blackshield’s veteran scout and ranger, he wouldn’t have been able to track whatever it was that was probing at their camp through the night.