STATUS: Jesus was killed by cops so anything bad that happens to them is just Original Sin in action. My inbox is sealed at this time 9 days ago 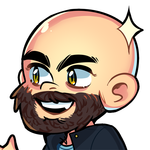 9 days ago
Current Jesus was killed by cops so anything bad that happens to them is just Original Sin in action. My inbox is sealed at this time
5 likes
13 days ago
It's called the calculated risk. I didn't calculate, but I've risked.
1 like
15 days ago
Failing is good, but never fail for a lack of effort.
3 likes
16 days ago
Empathy is a made up concept, it does not exist, no i wont elaborate.
1 like
1 mo ago
Your favorite flavor's dick.

I have 3 mottos here in life, really. In DC Universe: Genesis - Justice For All → 4 days ago Forum: Casual Roleplay

Maybe as a compromise, open Friday but count for inactivity as if we started Saturday? That way people who want to go in early can, and people who'd prefer to prepare still have their usual allotted amount of time.

And that's why we pay Doc the big bucks.

In DC Universe: Genesis - Justice For All → 6 days ago Forum: Casual Roleplay

I put it together in ten minutes. If you want needless sexualization and gratuitous booty shots, I'll need at least an hour.

I need her to wear stilts. At least 4 feet tall stilts. Do not ask why.

In DC Universe: Genesis - Justice For All → 6 days ago Forum: Casual Roleplay
@Retired

I hate it. She has pants now. That's practical. 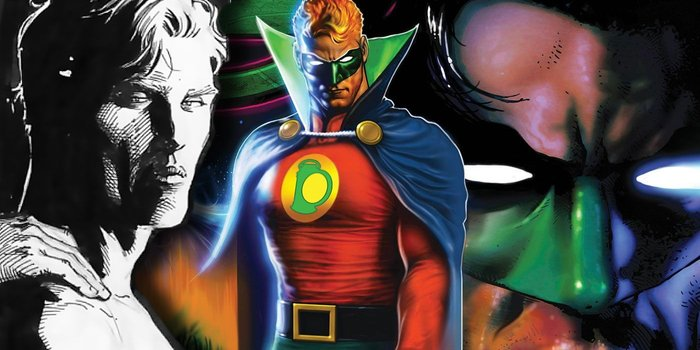 ALAN WELLINGTON SCOTT ♦ ENGINEER ♦ NOMADIC ♦ THE STARHEART
C H A R A C T E R C O N C E P T:
"I am the Shield Of Solidarity. The Sentinel of the Starheart."
Alan Scott is an average 30-something Engineer when his world collapses in front of him. Not so much in the non-literal sense of "My world came crashing down" as it was 'the train me and my fiance are in is exploding'. Alan's Fiance is pronounced dead, as is every other passenger on the scene. He survives, and he isn't completely sure why. He remembers the fire. But he doesn't remember it scorching him. He remembers it soothing him. Saving him. Giving him purpose.

He remembers the green energy-battery he found on that train, how he reached for it as he jumped out of the train cart he was in, onto the next. How holding onto the lantern had saved his life.

He didn't understand any of it. Hell, even in time, he couldn't believe it. He's now left in a world that doesn't make sense to him, given new purpose. A purpose he perhaps doesn't see yet.

And the strange old man in the blue and gold he keeps having visions of sure isn't making things any easier for him.
C H A R A C T E R M O T I V A T I O N S & G O A L S:
I want to write Alan because frankly, I know nothing about Mr. Scott. I've never gotten the chance to tackle the Lantern Mythos, and I think I have a upheave of content to provide on the subject. It's such a deep lore that often goes unexplored, in my opinion. And most of the unused concepts focus on Alan, not on Hal or Kyle. Everyone's written stories about the Green Lanterns being intergalactic police. Very few have written stories about a Green Lantern being a novice mage tapping into the fact that the Green Lanterns are steeped in magic.

Alan is a skeptic. He doesn't believe in magic. He's a realistic and believes in things like math, not sorcery. At least in the beginning. He's given the power of the Starheart and with it, he possesses one of the most powerful magical artifacts in the universe. It's his job to figure out how to use it, and use it for good. And in doing so, he'll come across the old man who will serve as his mentor and guide him through his foray into the unnatural.

My goals with Alan is to tell pulpy Supernatural stories. Equal parts Doc Fate from Earth-20, MCU's Doctor Strange and straight up detective stories, all mixed into with the Green-Ringed hero we all known.
C H A R A C T E R N O T E S:
Additional Cast:
Rose Forrest: Fiance and love of Alan's life. Taken from him, and with it, any chance he had at a normal life.

Starheart: The sentience given to the magic captured by the Guardians millions of years ago. It was locked away on earth, only now revealing itself. Confined to the Green Lantern Battery, it's will is felt through it's chosen champion via the ring worn on his hand. The Starheart is doing what it can to influence Alan, albeit subtly at first. Like someone who's just woken up, the Starheart's actions are vague and without direction, but will in time pick up speed. Becoming Alan's greatest ally. Or his most impossible foe.

Kent Nelson: The Former Doctor Fate. Now hunting down the shards of Nabu in an effort to reforge the agent or order and the protector of Earth from magical threats. A role that he will teach Alan to fill-in for him while he's looking to restore Fate.

Molly Mayne: Ex-Girlfriend from College. 'The one who got away'. Find Alan after his apparent demise, she works as an independent journalist and is out for the story on the Green Lantern, and to rekindle the flame between her and Alan, unaware that the two would be the same.

Richard Swift: Lab Partner and friend since High School. Swift and Scott have drifted apart in the years since they both left college, Swift is now working as a tech-based thief, going by the dark web alias 'Shade'.

Elaine Belloc: Granddaugter of the Pressence. Daughter of Michael. Nephilim and destined to rule all of the cosmos. If there ever was a personification of 'out of your league' it would be Elaine. She teaches Alan about the occult and makes him a far better warrior, and man.

The Seven Demons: The evil that's primarily the focus of Alan's first foray into magic. They are spreading mischief, discord and chaos across the world, forcing Alan and his posse to hunt them down and try to put a stop to them.

The Guardians Of the Universe:
The 'wisest people in the cosmos' they call themselves. Alan doesn't know them, but the Starheart does. It will projects those feelings onto Alan when prompted.
S A M P L E P O S T:
"Rose Irene Forrest, will you marry me?"

Standing on his knee on the floor of the train. They were in first-class, the train heading towards Gotham City. They were currently somewhere outside of New York. The trip was supposed to be for business. Alan was going to Gotham to work for the broadcasting company, working on the 6G-masts that would bring on a revolution of communication. Rose tagged along to go see her parents in Gotham, at least that was what Alan convinced her to do.

The blonde man was sweating, his pulse was beating in his ears and his hands were a little shaky. Rachel had known him as the most confident and headstrong man in the world, and seeing him this scared to ask her to marry him was perhaps the most surprising thing of all.

The coming six seconds of anguish and uncertainty, of hope and love were perhaps the longest in Alan’s life. She looked at him in shock first, and then her face cracked into a smile, and he felt his heart burst with joy. His stomach fluttering like butterflies and a big-dumb-grin on his face as he said the best three-letter word in the English language.

“Yes.” Tears falling down her face as she hugged him. Putting the golden ring onto her hand, the ring Alan had gotten from his mom after his father had died. They kissed and all seemed well. The passengers that overheard them cheered them on and Alan ordered a bottle of champagne for the two of them. This was the best day of Alan Scott’s life. The train was reaching the bridge, that lead into the Gotham Tunnel, making them about 40 minutes from their destination.

That’s when he heard it. The brakes of the train failing, followed by the ear-shattering explosion in the Train’s front, echoing all of the way to the very back of the train, where they were seated.

The coming nineteen seconds of carnage were among the longest in Alan Scott’s life.
P O S T C A T A L O G:
A list linking to your IC posts as they're created. This can be used for a reference guide to your character or to summarize completed arcs and stories.
In DC Universe: Genesis - Justice For All → 6 days ago Forum: Casual Roleplay 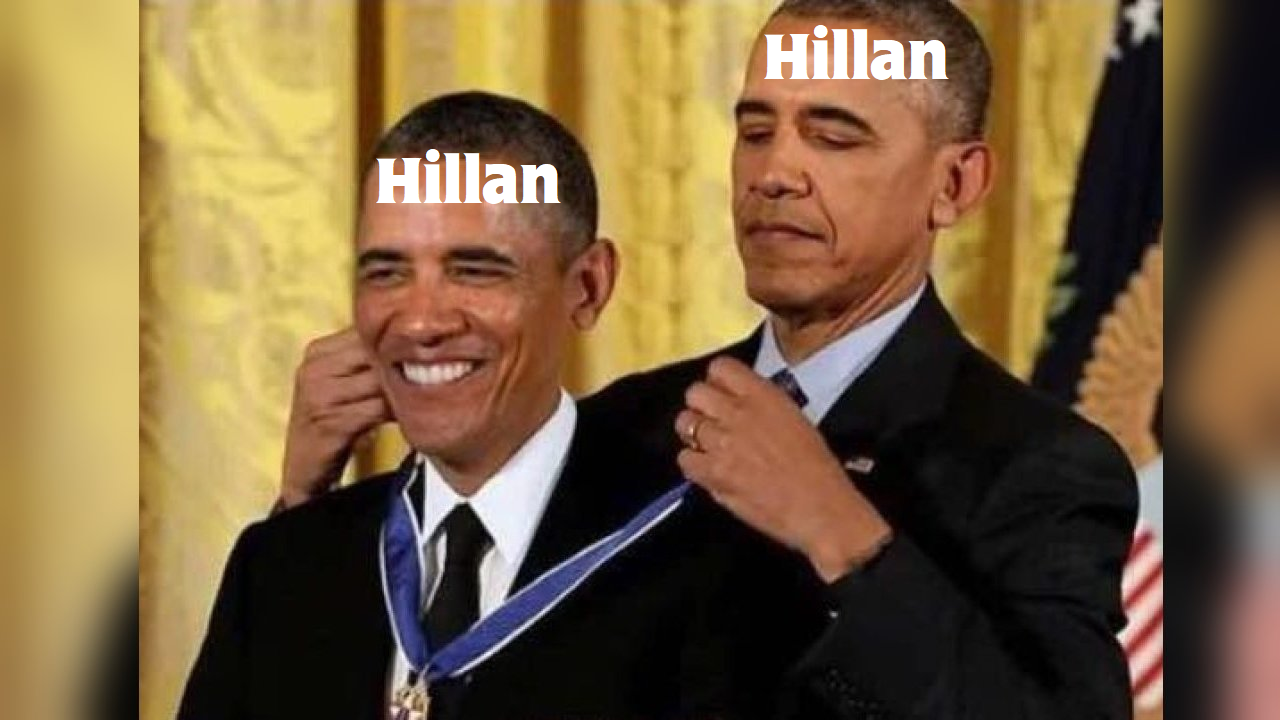 Instead, it was Wraith who waltzed in and was buddy-buddy with Hillan to be handed the cape.

If only you had friends you could waltz in and be buddy-buddy with.
In DC Universe: Genesis - Justice For All → 6 days ago Forum: Casual Roleplay

How long is the window open for Hil? Was gonna head to the shops.

24 hours for competing apps. Any app that isn't contested will be reviewed after 24 hours (After MB and I have had time to talk about 'em.)

Let the battle for the World's Fastest Runner-Up commence.

In DC Universe: Genesis - Justice For All → 7 days ago Forum: Casual Roleplay

3) Have a dog or at least pretend to.

There's one button Hillan's incapable of hitting the right way. There's a reason the man is single.

It's true. I haven't figure out which button is "like" and which is "dislike" on tinder.
In DC Universe: Genesis - Justice For All → 7 days ago Forum: Casual Roleplay
@Morden Man