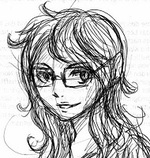 I'm Pollen, hope you're not allergic. I like writing a myriad of characters in all kinds of genres, so I'm pretty much down for anything roleplay-wise.

Come talk with me if you want! I'm friendly.

In Why We Fight - An Underground Fight Club RP → 3 mos ago Forum: General Interest Checks
Hello yes can I sign up for the ass-kicking please
In Legion of Heroes → 4 mos ago Forum: Casual Interest Checks
I'm also interested! It seems like superhuman abilities are a focus here, but would a Batman-esque no-powers-but-many-skills archetype be workable as well?
In Fight Knights [Pollen & Liotrent] → 4 mos ago Forum: Arena Roleplay
No worries. I did another reply myself, just to wrap things up on Favian's end. You can do a closing post for Aslain if you want or just leave things here, either way I think we've reached a good stopping point.

Thanks for the good fight! If you ever want to write stuff again together (arena or otherwise) then feel free to hit me up in PMs.
In Fight Knights [Pollen & Liotrent] → 4 mos ago Forum: Arena Roleplay
Shadows loomed overhead. Hands grasped as his arms, pulling him away from Aslain and lifting him to his feet. Favian gasped for breath, the dagger falling from his loose hand while he blinked the sweat out of his eyes. It was over. He'd done it... To his own satisfaction, at least. Had it been a real battle, had he truly met his end, he would not have been ashamed of his performance.

His muscles were burning from exertion, bruised flesh beginning to throb beneath his armor, but he was quick to recover himself. Finding his balance, he shrugged off the attendants and waved them away, pulling up his visor and blinking in the fresh daylight. His heartbeat slowed, his breathing began to steady, and at last the calm returned to his mind, like a cold shock after being caught in a fire.

Well. This was more than I had bargained for. He'd presented himself for a duel on foot hoping for a challenge to keep his skills sharp, and had received one of the most difficult fights in his life. Not since his encounter with the stranger in the forest had someone pushed him to his limits like this, forcing him to leave calculated movement behind and rely on his instincts and raw ferocity. He would think over this battle many times, he knew, and perhaps learn something from it as he did.

Smiles did not come naturally to the cold Sir Favian Procell. But he made an effort, at least, as he reached out and shook Aslain's hand. "You are formidable, Sir Aslain, and there is not a man here who would doubt that now. The next time we meet, I will have to be sharper and quicker still—and that need will make of me a better knight. So I say to you: godspeed." He inclined his head, and his humility in the gesture was awkward yet sincere.

But the training and anticipation could come later. For now, he released the hand of his worthy foe and went to retrieve his sword, to rest and recover and sleep before embarking on the next steps of his journey. If today had shown him anything, it was that he still had a long way to go... And that there were still foes out there who made those violent, martial heights worth reaching for.
In Fight Knights [Pollen & Liotrent] → 4 mos ago Forum: Arena Roleplay

Yup. If there were a third party here, it'd be easier to judge, but honestly I think this is over. I can't really see a way for me to stop that strike. In a real duel to the death, it would've killed him. But the dagger to the gut is pretty substantial. It's usually a slow and painful death as the gut had a lot of very nasty things in it. Stomach acids, gut bacteria, and so on. But if I were to judge, I think I'd give it to Favian on this one.

I mean, I’m not going to disagree with you there. If I didn’t think that last stab would earn Favian the win, I wouldn’t have had him do it in the first place.

You’re right about the gut stab, though. With a sharp blade it could easily be lethal, and Favian’s chances of survival would come down to stuff like how big the tear in the gut was, whether his kidney got hit, whether he could get medical attention in time to alleviate some of the damage, etc. That said, I alluded to this in Favian’s internal monologue. At the end of the day he doesn’t care what the judges think, since as far as he’s concerned the man who crawls away clinging to life while his opponent lies dead behind him is the victor.

That said, I don’t mind how things turn out in-character from that point on. So feel free to wrap things up however you like! I’ve had great fun with this, and I hope you got something out of it as well :)
In Fight Knights [Pollen & Liotrent] → 4 mos ago Forum: Arena Roleplay
It was a lucky thing to have an opening, but a split-second advantage was useless in the wrong hands. Options flickered through Favian's mind—should he throw another punch? A knee? No and no: neither one would have the momentum to stop a tackle. The safer course would be to throw his weight forward and counter the tackle with a sprawl, turning the fight into another grueling pushing match. Both knights would have ample opportunity to use their daggers then, and Favian was confident he could at least hold onto his lead until the marshal called a halt to the match.

But was that really what he wanted?

His mind, cool and rational, knew that this was far from a true battlefield. Yet in the thick of the fight, his warrior's heart had awakened, and now it roared in his veins, thundering through his skull in a deafening war cry. He did not jockey for points, God-damn it! He did not fight to be ruled the winner on a technicality! Tourney or no, he would not settle for being handed petty glories—he was Sir Favian Procell, the Storm Knight, and he would take this victory with his own two hands.

Sir Aslain surged forwards for the tackle, and Favian welcomed him with all his might. His body twisted clockwise, and his left arm lunged downwards, wrapping around the lion knight's helm in a tight headlock. Then both his feet kicked off the ground, and he was throwing himself backwards, pulling Aslain along with him, an ungainly mass of man and steel splashing together against the muddy grass.

I can't beat him in strength. And he's every bit as skilled as I. That left only one recourse: the mad, the unexpected. Rather than resist the tackle or try to land a counter before it happened, he allowed himself to fall, and used his own strength to bring Aslain along for the ride. Rather than landing with Favian on his back and Aslain positioned to easily stab or mount him, they'd end up pressed together, with Aslain's head held tight against Favian's breastplate and his chest squashed against the storm knight's lower torso.

Based on the course of his tackle, both of Aslain's arms would be at the level of Favian's waist or hips. If Favian had been quick and lucky enough to catch him at the right moment, he might even have managed to trap Aslain's dagger hand by squashing it between them before he could properly line up the strike. Favian knew better than to underestimate his opponent, however, and was prepared for the worst. A knife to the gut? A man can survive that, at least for a time. In a true battle, he'd have risked the same sacrifice.

The fall had nearly knocked the wind out of him. His armor mitigated some of the impact, and the ground was not hard, but even so it was enough to drive a sharp breath of air through his tightly clenched teeth. His body, though, it knew what to do. His left arm lower down for the tackle, his right arm aimed to run me through the intestines. Now was the moment, perhaps the best and only chance he would get.

Held in his right hand, Favian's blunted dagger slammed down upon the back of Sir Aslain's neck, striking right beneath the base of his helm.

A knife to the spine? Dead before he can take a breath.

Let the judges score that one as they would.
In Fight Knights [Pollen & Liotrent] → 4 mos ago Forum: Arena Roleplay

I'm thinking making this a lot like how the medieval knights used to duel during competition. Not really meaning to kill each other but dueling as if they were trying to and having someone score. I figured we can agree that if that was the case, you'd be ahead because of your earlier hit on his shoulder.

Sure, we can play it that way if ya want!

Edit: wrote my reply as such. Lucky thing for them both those blades aren't sharp :P
In Fight Knights [Pollen & Liotrent] → 4 mos ago Forum: Arena Roleplay
Without missing a beat, Aslain caught Favian's right arm and moved to counter his attack. No hesitation, no second thoughts or doubts, only swift and formidable action. The crowd roared, some deep instinct within their souls recognizing the spirit of a true warrior.

But this was a dance of two partners, and again Favian matched the lion knight step for step. Even without looking, the pull on his right arm told him exactly what was going on, and he responded almost on instinct.

In that moment, both of Aslain's arms were occupied. With his left, he was pulling Favian into butting range, and with his right, he was drawing forth his own dagger to attack. Thus, it would be hard for him to defend as Favian's own left arm came whipping up in a ferocious left hook, and sent an armored fist screaming like a steel meteorite into his opponent's visor.

A punch like that would smart even through a helmet, but even if it did hit square-on, Sir Aslain had an elephant's fortitude. Favian knew it would take more than that to bring down his foe, and wasn't counting on a knockout or concussion. All he needed was to stun Aslain for a moment, or at least block his vision and distract him with the oncoming punch, so that he could enact his next move.

His left leg kicked out, aiming to sweep Aslain's right foot from under him, while at the same time his right arm shoved hard against Aslain's right side. Break the foundations, turn his weight against him. If it worked, he might finally take his opponent to the ground... He didn't see the dagger coming, and felt an impact on his left thigh, but counted on the fact that his blow and kick would throw off Aslain's aim enough for the thrust to glance off his armor. It was a risk, but that was the way of things: if this man would not cede ground without cost, then Favian would push on through the fires of Hell itself to bring him down.
In Fight Knights [Pollen & Liotrent] → 4 mos ago Forum: Arena Roleplay

Actually if that's the case, I made some errors in my last post (Got a bit over excited). I'd like to ask you if it's okay if I edit out some of those errors.

You’re doing great! You’ve avoided a lot of the common pitfalls I tend to see in people less experienced with arena stuff, and I’m having a lot of fun with this fight.