Queen Of Your Heart

STATUS: Working retail on Thanksgiving, is just 8+ hours of customers telling you how it's a shame you have to work. While standing there being the reason you do. 2 mos ago

2 mos ago
Current Working retail on Thanksgiving, is just 8+ hours of customers telling you how it's a shame you have to work. While standing there being the reason you do.
7 likes
3 mos ago
Is completely over everyfuckingthing
1 like
4 mos ago
I didn't even know tomatoes in a box was a thing.
1 like
4 mos ago
I swear I wish I could throw products at people when they throw money at me.
3 likes
4 mos ago
Or people that don't want to be ignored in groups.
1 like

Let's see what else? I usually go by Love or Dove. I have been writing off and on, for at least nine years. I'm a gamer, so feel free to talk to me about games. If I know them we can talk eachother's ears off. Especially Dragon Age. Or really anything, I can be a bit of a chatty Cathy. I write for what I would call low to middle advanced. Post length is 3-6 paragraphs on average, but I've been known to post more though. It really depends on my level of interest. I usually stay to 1x1's because I like the level of connection, and can play both males and females.

Want to know something else about me? Pm me and ask, my darlings.

My Universe
Save Me|Save Yourself|Save Us All, Just Give Me A Sign, Still Worth Fighting For, It Has Begun, Show Me The Truth

Other Rps:
This Fire Burns, Always

My Favorite Peoples
These people are awesome and I love them so much. I would write with them anyday.

@SirensCall: This girl right here is so freaking awesome! Someone who I have written with for years, and has really became a true bff. She a wonderful writer. She always has a way to keep me on my toes with her twists and her characters witty come backs. Sometimes I don't know which I look forward to more, our chats or her replies to our roleplays. I love all of you, but if anyone deserves to be first, it's her

@ravenhuffle: Another wonderful writer, even if she sometimes doubts herself. Even if it's been awhile since I've talked to her. And even longer since we have gotten an rp off the ground. I've known her for a long time now.

@POOHEAD189: Aww my sweet Poo. This man right here is a sweetheart ladies and gentlemen ❤. I really enjoy talking to him. He is funny, has awesome tastes in games, and likes talking to me even when I poof for a little while when busy. He always makes me happy. I'm lucky to have him as a friend, and that a stupid pun joke got us talking.

In War or Peace? [Suki & Love Dove] → 17 days ago Forum: 1x1 Roleplay
Liam couldn't help but raise his brow when she said it was nice to finally meet him. Was it? He had been foolishly under the impression that she was under the same circumstances as he was. That this was a deal struck against both of their wills. Perhaps he was wrong though. Perhaps she had wanted to actually meet him, he wouldn't be lying if he said the thought of meeting his enemies hadn't crossed his mind. Though it wasn't, quite in this way. Then again maybe this was a power grab for her too. She wasn't going to get her own kingdom after all. "Is it?" He asked, the question had a slight playfully cocky undertone. It was quickly gone though. "It's a pleasure to finally meet you as well."

"Yes, Liam Snyder." It was nice to finally get a name behind the face. Smiling slightly he nodded. "My father isn't much of a talkative person, I'm sure he is getting an earful." When he looked back at her, she was looking towards the horses and carriage that was being put away. He used the sober moment of quiet to take her in without his fathers angry grumbles in his ear. She definitely was pretty, though perhaps a bit timid. He wasn't sure how long she would survive in this family this way. Hopefully she had some back bone hidden in that pretty dress somewhere.

His eyes moved towards where she was still staring as she looked back at him and spoke. For a moment he thought maybe she was worried about whatever belongings she had brought with her. Though it seemed it was more the fact that their kingdoms were so different. Liam had never actually been in her kingdom before, the few battles he had been in were the attacks on his own. It wasn't something he had thought about much until now. "I'm sure that I can find some time later if you wish. Just the castle grounds though. The city is a whole headache you wouldn't want so soon." He said, tone slightly softer than it had been. The city had been fairly calm as she came in, it was a mixture of the news of a peace marriage and force.

Liam offered Elise his arm. "Come Elise, I'll show you where you'll be staying. I'm sure the servants have your belongings there already." Once she took his arm, he led the way that he had come and up the long stairway until stopping at the first door of a short hallway. "If you for some reason need me, I'm at the last door to the left. Mother insisted on us staying close." He said, with a soft huff as he opened the door for her.

The room itself was almost a complete contrast of the castle itself. The walls were a soft orange cream color, the only thing which matched the castle were the dark brown wooden floors that ran through the rest of the castle. A small step down at the door made it possible for the ceiling to be just a touch higher than the hallways. Against the middle of the wall sat a large red canopy bed, though even with its size, it did not even take up half of the large room. A small red matching couch across from the bed with a small bookcase next to it. There were two doors, one at either end of the room. One led to a small washroom of her own. The second, which stood open at the moment, with one of the two servant girls hanging up Elise's dresses. Was a large closet. The two girls stopped what they were doing as she entered the room, faces eager and nosey to see the soon to be queen. Though their smiles flattered slightly as Liam cleared his throat. "Privacy." Both girls bowed to Elise before heading out of the room.
In War or Peace? [Suki & Love Dove] → 17 days ago Forum: 1x1 Roleplay
Okay sounds good to me :D Depending on how slow the rest of my shift is. It will either be soon or later tonight haha.

Yeah, it wasnt the easiest. But hey at least it over haha. I am too, my one friend is staying with us for the week. Havent seen her since October so yay! Oh that is just the worst, I'm glad that you got to spend some time with them though.
In War or Peace? [Suki & Love Dove] → 17 days ago Forum: 1x1 Roleplay
I'm almost done with the post. I wanted to know since I'm gonna have him show her to her room. If you wanted me to describe it since it's my castle or if you wanted to do it yourself.

Also I had a pretty good Christmas. A bit of a hard one, it was the first one without my mom. Though my Friendmas was Wednesday and it was wonderful. I hope you had a great Christmas.
In Greetings! Candy Cane Service! → 22 days ago Forum: News

@Love Dove Oh you know I sent you one.

Haha oh I figured such you sweetheart.
In Greetings! Candy Cane Service! → 23 days ago Forum: News
Aww thank you to whoever sent me one.
In War or Peace? [Suki & Love Dove] → 1 mo ago Forum: 1x1 Roleplay
Hi! Oh yeah I'm okay. Sorry to worry you. Everything is just hard with the big C word going around still. Okay, I appreciate that. In case it needed to be said <3

Yay! I'm glad that you do!
In What I Must Do → 1 mo ago Forum: 1x1 Roleplay
Reserved for SirensCall 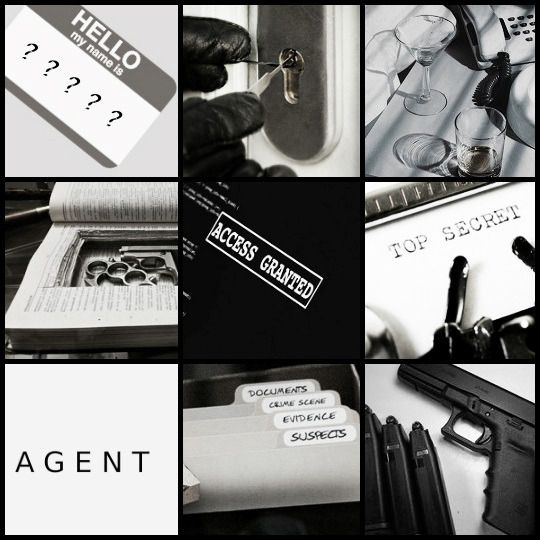 Good afternoon miss, you are my second victim.
First one was trouble, not to worry ‘cuz I fixed him.

How do you know what is the truth and what is a lie when your whole life is based on how well you can deceive others? Trust. Connection. Safety. Who do you trust? Who do you believe? Deception. Knowledge. Power. The choice is yours...
In What I Must Do → 1 mo ago Forum: 1x1 Roleplay
.
In War or Peace? [Suki & Love Dove] → 2 mos ago Forum: 1x1 Roleplay
I hope that you were able to enjoy your holiday. And are still doing well. Hmm not sure well would describe my side, but could be worse I guess. I just wanted to let you know that I will be replying soon hopefully. Just to reply to one before ours.