STATUS: All work and no play, makes these old bones dry. 4 yrs ago 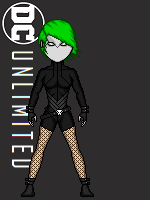 4 yrs ago
Current All work and no play, makes these old bones dry.
3 likes

I have 'some' requirements, that aren't much but what I would wish:

If these things interested you. Then give me a PM or leave a comment here. Thank you for reading - have a drunk Asriel to cheer you up. 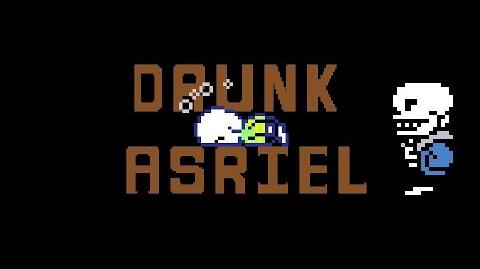 Stay safe out there.
In The Witcher: Under the Shadow → 2 mos ago Forum: Advanced Roleplay
@Stormflyx

In The Witcher: Under the Shadow → 3 mos ago Forum: Advanced Roleplay
Alicia for once in her life looked rather...troubled at the fact that she had to encounter a wolf out of all things in this part of the woods. Granted, she was surprised how nobody else had noticed the wolf that was slowly approaching their camp. Nevertheless, she remained calm or rather paralyzed may have been the better word for it. As she held up the plume of wolfsbane and for once wished she had time to mix up something that may make even the wolf' nose cringe in disgust.

Granted, without any options, she rather calmly began walking backwards - trying to recall how to react when dealing with a wolf and how to not suddenly end up become a chewing toy for such a creature. Provided, most of what she remembered was mostly to not show the wolf your back and try not to appear too aggressive around it. Still, the other option was too head back, screaming as loudly as she could and hope some of the others would notice her and help her out - some were setting up watch or camp after all, so they should see someone like her coming. The other idea was to simply climb up a tree and then wait for back-up. Both options though would alert likely everyone in the area that something was up - both their own and any 'enemy' that may be watching them. Though whom their enemy may be was a different story all together.

For now though, she held the wolfsbane like it was a sword made of the finest steel known to man - she knew enough that wolfsbane SHOULD repel a wolf due to the smell of the thing. Though she had never tested it on a live wolf or subject, seeing as the Academy did have some standards they refused to break. Thus enough, as she backed away she kept on rubbing herb along her hands - hoping the smell would make her appear 'less appetizing'.
In [F4M] Kinky Adult Roleplay ideas! → 3 mos ago Forum: 1x1 Interest Checks
@FunDirtyRP

By Game of Thrones - do you mean to do a long RP with smut sprinkled into the theme?
In The Witcher: Under the Shadow → 3 mos ago Forum: Advanced Roleplay
@POOHEAD189

We're slowly finishing up things. I think we should be posting soon.