STATUS: Been away from here entirely too long and the dust shows it. 8 mos ago 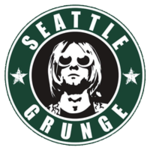 8 mos ago
Current Been away from here entirely too long and the dust shows it.
1 like
2 yrs ago
It’s none of my business what people say of me and think of me. I am what I am and I do what I do. I expect nothing and accept everything. And it makes life so much easier.
6 likes

“There is no such thing as a new idea. It is impossible. We simply take a lot of old ideas and put them into a sort of mental kaleidoscope. We give them a turn and they make new and curious combinations. We keep on turning and making new combinations indefinitely; but they are the same old pieces of colored glass that have been in use through all the ages.”
- Mark Twain

In Our Final Nights: A World of Darkness Roleplay → 8 mos ago Forum: Advanced Roleplay
@Ezekiel hey! Nice to see a resurrected V:tM RP! It's been...awhile for sure.

If you're still accepting, I'd actually love to have my Ventrue Archon (Alastor) back in the fold, investigating the Sabbat cells within LA.

I read through the IC so far to catch up and love that most of the "old crew" has returned so that's awesome :)

Also, @sini, I would assume our characters may know one another, but to what extent I'm not sure. Might be fun to explore that.

In Is anyone interested in Vampire: the Masquerade 5th Edition? → 2 yrs ago Forum: Tabletop Interest Checks

Same, but I want to learn!

Great. Please learn, and...then let me know how it is.

Awesome, you're the best!

Rawk your back! I'm going to be making a SpaceCop. Come be my partner, crime fighting duo!

Meh, you know me. Can't stay away for long no matter how many times my kids drag me back to RL ;)

Previously in this thread there have been discussions for major events to be logged and a sort of summarized history created and tracked. That said, I stand by my previous statement in that players should invest the time into reading old posts and threads if they want to get the most out of the game.

Look at it this way, you can jump right into an ongoing television series and after a bit you'll start to find your way around but there will still be a lot of continuity lost on you. Most people would binge the previous seasons to get caught up and I do believe that should be the case when joining an ongoing roleplay especially one larger in size where player actions will make up the majority of the world's shape.

I don't think it should be mandatory but then I agree that it should be encouraged as good practice. Especially for players wanting to make more influential characters.

There's certainly a mixed bag when it comes to this topic, but I've always been in stronger agreement with at least taking the time to read as much as you can through each post in order to gain a better understanding of the characters, their influences, as well as an overall feeling of the mood/setting, etc. Also, I find reading through (rather than getting a summary), helps a new player when it's time to actually write out a post because their character feels that much more embedded in the story as though they'd been there the whole time.

Summaries, however, are a great alternative to at least gain a basic understanding of what's going on, but for a player who might be serious about really sinking into the role, there's no substitute for reading cover to cover.
In What do you want out of the PW? → 2 yrs ago Forum: Star Wars OOC

Groups of players with IC families in fantasy sci fi settings. Hard darkness, bright neons, and cold rains in cityworlds where a pair of slicer players dive into a cyberpunk noir story.