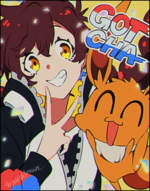 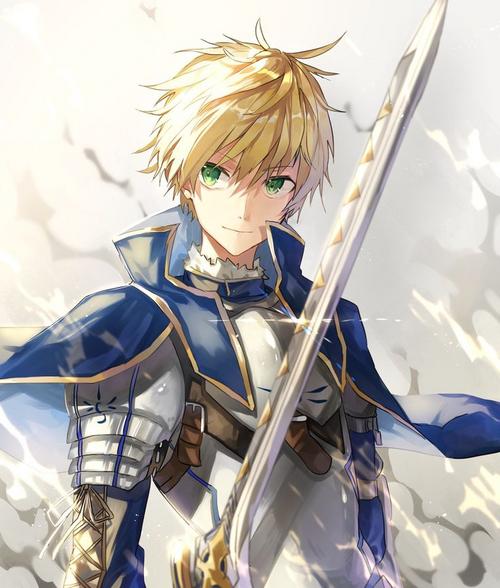 Whilst Deston is just as handsome or skilled as a swordsman as any of his brothers, being sixth in line for the throne tends to leave one feeling ignored. He was royalty, yet set to inherit nothing–not even a beautiful lady to court. Rather than mope around or grow green with envy, as most would in his situation, Deston decided that he should forge his own path, forgoing the crown altogether for the open road. After all, a hero could become legend, while a king often stayed a king. Taking the services of Nyla Farwynd with him, the duo rode for Bruvell, awaiting anyone who might wish to join his adventuring retinue.

He just hopes none of his family's subjects die whilst he plays hero for a little bit.
Hidden 1 yr ago Post by Kuro
Raw —
GM 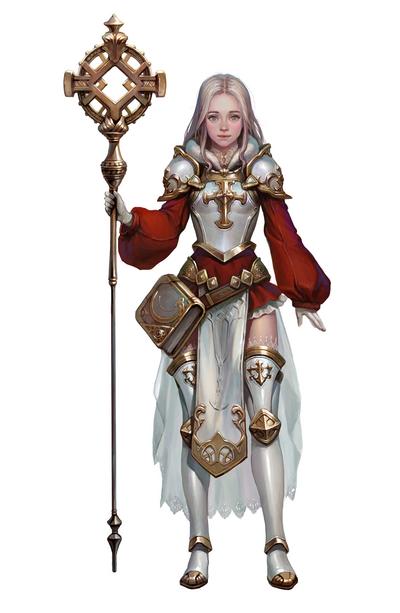 The third and youngest of the Farwynd children, Nyla had chosen a life of religion rather than that of a noble lady. A follower of Aelador, goddess of light and healing, most of her childhood was spent reading religious texts and various medical textbooks in preparation to become a priest. Eventually, not too long into her teenage years, Nyla had been given apprenticeship under the royal court physician, assisting in his procedures and research. However, when Deston announced that he was going on his adventure, Nyla followed in his footsteps, convincing her mentor that she would be needed and it would help her training.

Hopefully, her training will prove useful when someone does wind up injured; and not the cuts and bruises kind, either.
Hidden 1 yr ago → 1 yr ago Post by Leda
Raw — 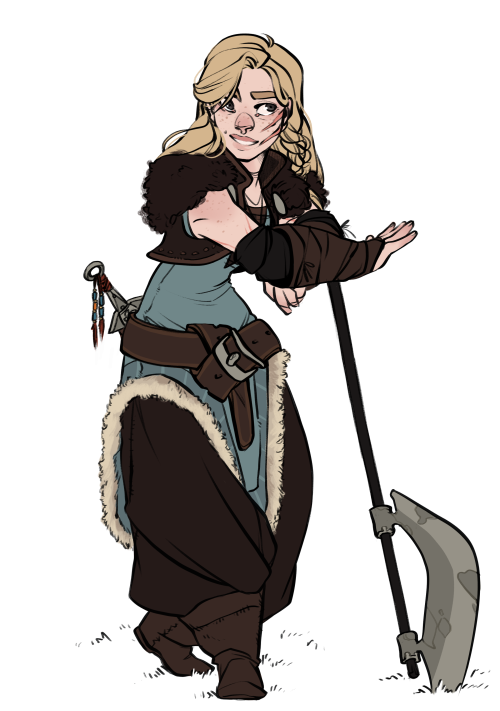 It had been nearly three years after she left her homeland, nearly three years since her younger sister and father died. Nearly three years of having to remember the lie she had been fed that drove her to fight. An enemy her only family had given their lives to fight for the wrongdoings of others. The war had long since ended, but staying under rule of a monarchy that did nothing but lie to her was not a life worth living. She did not want to leave her homeland, but she had to get as far away as she could from there. The further she got, the better she felt, but that did not help with the nightmares. Traveling to an unknown land had given her an ease of mind, even if it was a land she did not know well, it was a new start. Finding a life she could call her own had not been as easy as she thought it would, living off of the land and taking whatever task she could to earn her keep was how she lived.
2x Like 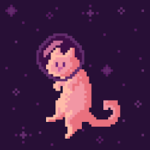 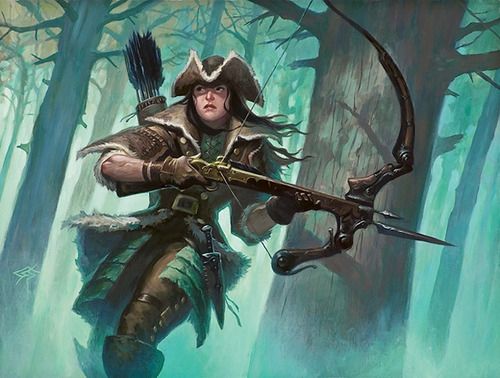 Siv was born to a hunter's family in a town on the outskirts of a large forest. Her impulsiveness and natural curiosity towards the unknown has brought her close to death more than once in her youth. Her tenacity in the face of danger led her father to introduce her to the family profession at the tender age of fifteen hoping it would curb her quirks. Hunting is necessary for her town for three reasons: Food, clothing, and pest control. Pests came in many different shapes and sizes, but the most dangerous are large beasts like bears. Years of doing this hunting work have hardened her to the worst of the job's intricacies. However, her personality contrasts the crassness of her supposed job. She is attentive, talkative, impulsive, and still deeply curious about a great many things. This is perhaps best demonstrated when she leaves to join a certain far off party of adventurers. When asked why she was going, she simply smiled and said "because I feel like going."
1x Like

Cassius Whyte is a respected captain of the mercenary company Walcher's Knights. Being so respected amongst his peers, you'd expect he's done something of great renown - but.. No, actually. He's merely a man who keeps his word and then some, no matter the task. Hire him to steal your precious heirloom back from thieves, he'll return it polished and shined for you; ask him to hunt down and 'teach a lesson to' the man who harassed your daughter, he'll come back after the job is complete and offer to stick around so she feels safe with no extra pay necessary. Aside from that, he's just another run-of-the-mill sword-for-hire, so imagine his surprise when he gets a summons from the King. To keep this short and sweet, his Highness had asked for Cassius meet one of his younger sons - Prince Deston - in Bruvell. "Guard him with your life, but don't let him know I sent you."

While Cassius has never had to hide the fact he was someone's bodyguard before, he doesn't plan to let that trip him up.
Hidden 1 yr ago Post by Sanity43217
Raw — 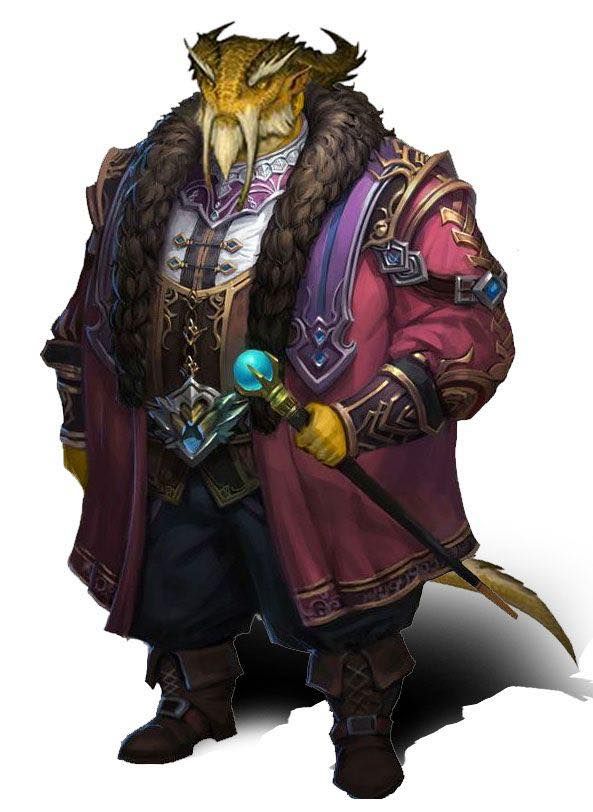 Narrakas is a little plump for a Dragonborn. A trait that didn't really lend itself to physical combat. So instead, Narrakas turned to magic. Not particularly dark magic, just most forms of magic. He spent years inside the nearly every library in the land, trying to find a way to become a powerful wizard. He found various spells and forms of magic which he learned and perfected some. In the magical research groups, he became somewhat of a legend. A fat Dragonborn, gifted in the Arcane Arts. There were even rumours he had solved magical puzzles left unsolved for hundreds of years. These were, in fact, false, as people just saw him and assumed he was doing great things. A little embellishing never hurt anyone. That wasn't to say he wasn't an unskilled wizard. He knew his trade and practised it well. When he received word a prince was gathering an adventuring party, he figured he'd tag along. Test his mystic arts in battle, and maybe loose a few pounds along the way.
1x Like 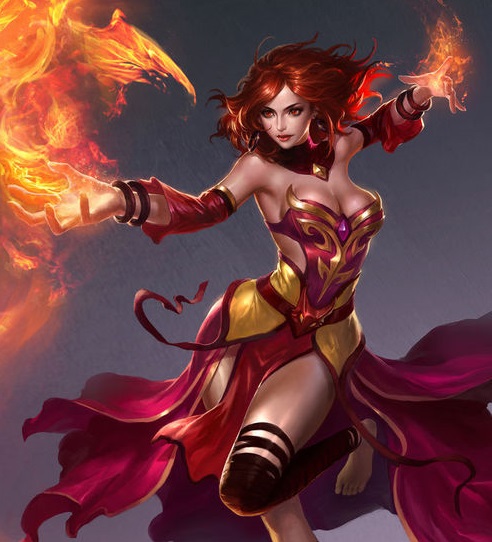 Raziel is an elf from the forest kingdom. At puberty it became apparent she had a very close relationship with flame. Some say her mother most have slept with a demon, others say an efreet, still others claim it was a dragon in human form. Nobody knows. The only thing they can be certain is is that she lives to see things burn.

This, of course, is problematic within the sacred wood. The spirits themselves seemed unnerved by her penchant for flame. As a result the elders suggested she try her hand as a mercenary so she could embrace her talents without risk of burning down everything in sight- except, of course, the goal was to burn down everything in sight.
Hidden 1 yr ago Post by Illiren
Raw —

Friha never thought of herself as a adventurer. It was never really a goal in life to explore, fight, or help people. Ok, maybe the last one. It is just not what she expected to do. It was the baker that started it. The old man needed some apples at the last minute and didn't have the time, so he convinced Friha to do it. Then the apple merchant remembered her and hired her to help transport fruit into town, they were coming from a relatively close town so it was fine. Then someone asked her to collect herbs from the area nearby. Then there was a rat infestation. Then the lonely old man that normally avoided people asked her to bring him some dead snakes. He gave her a book that had some spells of some kind. He even added more to it if she did jobs for him. It was probably around the time that she was going to follow around a prince that she realized what her life has come too, unsure when the point of no return had occurred.

Aisling The Creator of RPs and creating things for them!

Member Seen 4 days ago
Aisling
The Creator of RPs and creating things for them!

Lady Ixonia is a little known herbalest who is simply traveling through various towns and villages with hopes of finding a place of her own. She loves to read and have a great many books stashed away in her wagon. She loved the wagon for it was made to her own specifications by someone who she trusted, her older brother who was now lost forever.

Having no relatives at all, Ixonia travels about to learn about the world and what life was about.
↑ Top
© 2007-2017
BBCode Cheatsheet