35 posts
in 569 days
Seen 7 mos ago
@Severance Aight, just a heads up. Nobody's going into that portal on foot, we're in a space ship that's pretty far from the ground...plus, just splitting from the group is just really unwise seeing as we're going into 100% unknown territory with literally no intel.
Hidden 12 mos ago Post by Severance
Raw —

Yeah Lunaris spoke to me about it, I originally imagined the portal was in the ship instead of an entire fleet size.
Hidden 12 mos ago Post by Nawmaing
Raw —
GM

Member Seen 23 hrs ago
Cleverbird
Bird on a keyboard

293 posts
in 925 days
Seen 23 hrs ago
Bio
Yup! Yup! Still around! Work got busy and then Destiny 2 released on Steam which sucked up my weekend like a black hole... Also kinda stuck thinking of a way to kick this off. I'll probably have something up by tomorrow.
Hidden 12 mos ago Post by vertigh0st
Raw —

So it looks like I get to start the countdown for infernal. 3 Days...then I'll decide whether to actually kill their char or just pretend they didn't exist to begin with.
Hidden 12 mos ago Post by Infernal Flame
Raw — 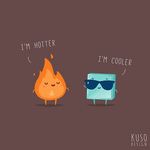 79 posts
in 1000 days
Seen 2 mos ago
@Nawmaing Hi! Sorry about that! It's flu season in London and I got hit with a massive fever and was super sick for almost a week. But I'm almost back to normal now and I'll have the post up soon.
Hidden 12 mos ago Post by CAWs For Alarm
Raw —
coGM

CAWs For Alarm One HEX of a Sorcerer 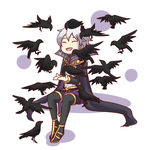 63 posts
in 1055 days
Seen 5 mos ago
I am SO sorry about the super delayed post! Work and college both have been kicking my ass but now I'm on a more normal schedule again. Again, I am extremely sorry.
Hidden 12 mos ago Post by Infernal Flame
Raw —

79 posts
in 1000 days
Seen 2 mos ago
Ok so I FINALLY posted for Marion. I kept getting writer's block so it's a bit short and I'm not super happy with it but I just didn't want to waste any more time getting a post up. Sorry for the wait!
Hidden 12 mos ago Post by Cleverbird
Raw —

Member Seen 23 hrs ago
Cleverbird
Bird on a keyboard

Thank you so much for all your patience! Here is my completed CS. Please let me know if anything needs to be changed or adjusted. I also have a post ready upon acceptance as well. ^_^ 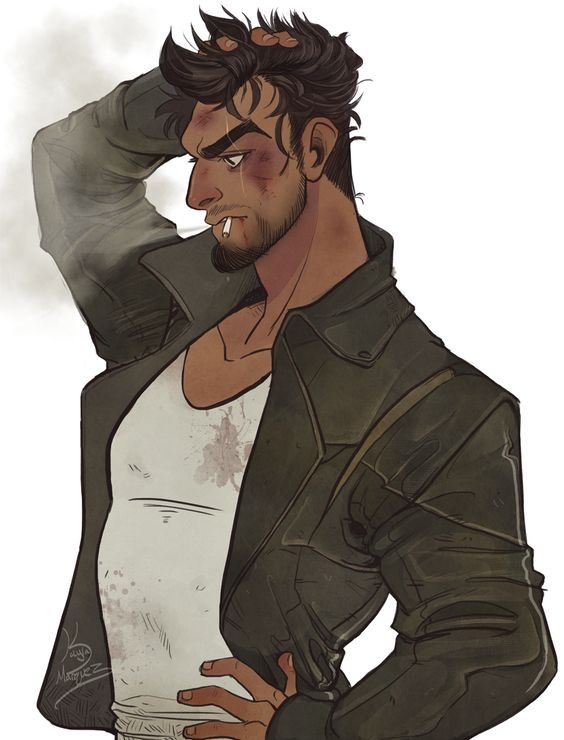 // A P P E A R A N C E \\
Being neither short nor not quite tall, Elias stands at an average height 5'9" and weighs in at around 189 lbs. of solid muscle. He has a rather sturdy physique garnered from an active lifestyle and the amount of exercise that he does in his downtime. His hair is made up of short inky black locks that are styled in what can be described in a messy faux-hawk trailing middle of his head with the sides being a faded buzz. Below equally dark brows sit a pair of watchful cognac-brown eyes. His nose is more roman being slightly crooked most likely from being broken in the past. A few days worth of facial hair lines his jaws and chin. A various number of lightly colored scars are scattered here and there contrasting against his tanned skin the most commonly noticed is a small scar that runs through his left brow and a burn scar enveloping his right ear and trailing half way down the side of his neck. Elias can usually be seen dressed in old jeans, form fitting tank top tattered leather jacket,and equally ragged combat boots.

Reliable, passionate, devoted, daring, and just a tad bit impulsive. To put things simply Elias is a guard dog. Protective of those he actually cares for and a real thorn in the side for those he does not. His mouth has gotten him into more trouble than he ever cares to admit and his quarrelsome tendencies do not help much either. However, Elias is far from a hothead, in fact, he's quite the opposite. Elias is a pretty laid-back individual. He rather enjoys the company of others- craves it even. Though when he wishes to be alone then he wishes to be completely alone. His biggest downfall would have to be his actions are mostly based on his emotions. When it comes to thinking before acting he flounders. Often letting his emotions get the better of him at that moment and then regretting it later. Elias is pretty tough and can take a hit. His time boxing has molded him into a formidable opponent in a fight. However, when it comes to a battle of the minds he falls short.

A childhood spent in the slums of a city made up of thieves, marauders,and hustlers he quickly found himself caught up the crime that ran the city. Orphaned at the young age of ten Elias found family with other orphans who made their home in the backstreets and alleys. Elias manage to get by with petty theft, looting, and the occasional hand out from those who took pity on them. In his teenage years, Elias found himself making money in underground fighting rings. Although not the most conventional way to make a living, it meant food in stomach and some place to lay his head at night. He couldn't complain. It wasn't until his early adulthood did he truly get a chance to leave the slums when he was recruited for the Union.

Elias served his time in the Union as a ground soldier until working his way into Extraction Task force. A specialized unit of soldiers trained in extracting high risk targets, from disaster areas and hostile zones. For the first time in a long time Elias truly felt a sense of belonging with his team. Unfortunately, it was not to last forever. On a particularly high risk mission, disaster struck when from an error in protocol on his part resulted in the deaths of three members of his team, the target, and severely injuring himself in the process (resulting in complete hearing loss in right ear and partial in the left). Injured and with a guilt ridden conscious, he was later discharged from the Union. With no place to go and no income, Elias soon began reliving his childhood. He managed to get a lucky break when the well known Mercenary group made port to which he readily signed himself up and pledged his allegiance to the Captain of the LLN. Now going on his fifth year as being part of the crew.

Strike Team- Knowledgeable in hand to hand combat. Although not the best shot, has pretty lethal accuracy. Prefers closer combat over long range though has had some military training in both.

Extraction Specialist- His time as part of the Union's Extraction has left him with the knowledge and skills needed to move a target (inanimate or human) in out of high security/hostile environments with stealth.

// O T H E R \\
-Has implanted cybernetic hearing devices that allows him to hear. Able to use volume control with mind
Hidden 11 mos ago Post by Zoey Boey
Raw — 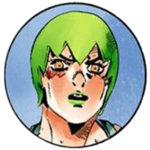 1308 posts
in 1102 days
Online
Bio 2 days ago
@Nawmaing Is there a posting order or can i post again? like should i wait until u do a world update or somethin
Hidden 11 mos ago Post by Nawmaing
Raw —
GM

Don't worry about post orders or anything. I'll get a moving post with us going into the portal when I get the chance. I've got a big event to deal with tomorrow night at work so it may be a bit on the late side.
1x Like

79 posts
in 1000 days
Seen 2 mos ago
Hi! I'm just checking in. I was wondering if we should just post or should we wait for a moving post first?
Hidden 11 mos ago Post by Nawmaing
Raw —
GM

35 posts
in 569 days
Seen 7 mos ago
Sorry for the crazy bit of delay there. Been a rough two weeks.
Hidden 11 mos ago Post by Nawmaing
Raw —
GM

35 posts
in 569 days
Seen 7 mos ago
Made a bit of an edit to show the results of the probe sent down to the planet. No need to hold off on that info. @Infernal Flame@Zoey White@Cleverbird@vertigh0st
Hidden 11 mos ago Post by Zoey Boey
Raw —

1308 posts
in 1102 days
Online
Bio 2 days ago
awesome, i'm getting a post up today. i was waiting for someone else, but i'll just go first i guess, it doesnt really matter
Hidden 11 mos ago Post by Nawmaing
Raw —
GM

35 posts
in 569 days
Seen 7 mos ago
@Severance Something I've forgotten to mention. Sex pistols....ricochet...okay Mista, I see you.
Hidden 11 mos ago Post by Severance
Raw —

I'll do my best to not shoot myself.
↑ Top