Welcome to NEOTOKYO. The year is 2031; the city is on the edge tipping the scale of power. A brooding conflict has startled the short-lived peace and the archaic dream of ultranationalist ideals have been birthed by fire and sweat. Japan is - and will forever be - a changed place when the dust finally settles. Until then, the covert conflict will continue to fester, and poison the cleanliness of a neon, yet darkened, city.

And how did all of this come about? A rewind would take you to the annum of fire: 2012. The height of the modern world's political uproar climaxed with an event so catastrophic that it forever shaped the nation of Japan. North Korean leader, Tae Jeong-Mun, unleashed a singular piece of its nuclear arsenal at the wish of the dying man's breath. Its target was the inner fringes of the Greater Tokyo Area, and beyond all expectations the warhead connected to its target. A ten-kiloton payload flattened a portion of the city south of its port, specifically within Yokohama streets. Though its destructive power was paled by comparison to other superpower's tests, the weapon rippled through the world's political machine and threw it into chaos. A quarter of Tokyo was demolished with over a half becoming uninhabitable in the span of an hour. A new age of trauma plagued Asia, and the rest of the world could smell the foul stench it had created.

The next decade was one of strange prosperity. Behind the scenes of the global stage, technology boomed at an accelerated manner. Fire and flame was replaced by wire and sparks. The early age of the cybernetic future was out of concept, and the viewing glass spotted a distant goal where Japan, and possibly the rest of the world, could recover from its wounds. An era of neon lights, tall skyscrapers and a shadowed underbelly came into fruition. And there was no greater centre point than NeoTokyo, the metropolis birthed from the ashes of its predecessor. But with them, and the disturbed memory of the bomb, mankind's fusion with technology pressures Japan's political, social and economic standing into uncertainty. End of Days neocults begin to take a rise in popularity - for the end is always on the doorstep, it seems. Many claim that Japanese society lost its once treasured cohesion, and has found itself fractured and displaced.

The raising of the new skyscrapers, highstreets and landscape could, however, not fix one critical sickness. A massive wave of right-wing nationalism takes the country by storm. Article 9 of the Japanese Constitution, the "no war" clause, is struck from the nation's identity - letting the military off its leash almost completely. From its ascension, the military undergoes reconstruction with the JINRAI's formation. An elite wing within the strengthened military, it takes the form of a nationalistic special operations unit comprised of men and women whose loyalty to the country is beyond question. It quickly grew in power and became the leading policy shaper for Japan's Self Defence Forces.

With such power came its visions for Japan. It yearned to correct its displacement with an ideal of order, discipline and prowess, where it could connect itself to the power-struggles of the world and face it with a defensive touch. At least that was the most common popular image for the Jinrai, with many splintering alterations to how such a nation should develop and revolutionise leading to inside disagreements. And so, after a bitter election fought between the right, left and centre, a popular moderate Prime Minister - Konno Mashai - took the office successfully. At first, the Jinrai ignored them, considering him inconsequential towards their ideals, yet that changed when they struck first.

An unsuccessful military coup challenged the already fragile foundation of Japan. Ranking members of the Jinrai were unable to depose Mashai's leadership and unleashed a steadfast, staunch opponent into their plan. Prime Minister Mashai's response was the formation of the National Security Force, better known by the abbreviated NSF, created to investigate and eliminate all known threats to the new Japan, both internally and externally, all whilst answering directly to Mashai. With this, the Jinrai become a primary target, and out sparks a war within the shadows between the empowered splinter factions and the newly equipped NSF, both keen to bring an end to their ideals swiftly.

Now, the city is being fed a rising tension between factions unseen to the public eye. Neocults, criminal organisations, independent threats and their opposing forces are blended together in the mess that is NeoTokyo. A question of what its future will be like is unclear, but would you like to find out?

Welcome, ladies and gentlemen, to NeoTokyo! This is a near-future roleplay scenario based on the Half Life 2 mod of the same name, hoping to take the light lore of its world and turn it into something story-orientated! This is a second attempt at this roleplay as the last got bogged down with difficulties in personal lives, so I'm ready to open up the RP to a new and returning audience to play out the world as we see it! Don't worry if you aren't familiar with NeoTokyo whatsoever, its entire lore was basically spread out in this interest check, as it was originally a multiplayer mod.

But what does this world entail? Well, it's cyberpunk-esc but a bit more familiar. Tall towers, neon lights and shady business practices are far and wide! And whilst the technology of the era hasn't quite hit the levels expected in other worlds of similar style (like Ghost in the Shell or Cyberpunk 2077), there's still a level of wonder behind implants, enhancements and augmentations. Replacement limbs are extremely expensive, but easily obtainable through spatting factions and syndicates. Truth be told, I may have to restrict some ideas behind those augmentations if you wish to approach them, so its always good to suggest them to us to help it fit the universe a bit better!

That being said, I don't think it'll be restrictive of creativity. The world is mouldable by our actions, as most RPs are I'd imagine, and our allegiances can and will be changed, tested or strengthened based on the events that go forth. We'll decide as a group where we start our focus, however if it is anything to go by we will likely start within the NSF such as last time. Some elements from the previous one's story will carry over as canonical setup events for the beginning, but they'll be listed in the OOC and aren't too much to fret about now. I don't expect that this roleplay will only focus on Jinrai vs NSF encounters, investigations and/or dirty works, but will open and expand the smaller parts of the world that hold hands with the conflict. Neocults, criminal gangs, businesses that fund opposing sights, informants, external terrorism, internal conflict and the basic life of a cybernetic near future! Bars, brawls, strip clubs and back alleys, all the dark corners of NeoTokyo's neon luminosity, will be featured and open to develop in. There'll be a plot and key events, such as operations, throughout the story to help guide the players!

Character sheets and all that jazz will be thrown up in the OOC when we get interest! I really look forward to doing this one, as its a bit of a small favourite. I hope that if you're interested you enjoyed reading the IC and I can't wait to see where we go with this! If you have any questions feel free to ask and I'll answer them in due haste.
1x Like

it me, showin interest

It you, showin' interest
Hidden 5 mos ago Post by Landaus Five-One
Raw —

Hidden 5 mos ago Post by The Ghost Note
Raw —

The Ghost Note THA' NUMBAH ONE

The Ghost Note
THA' NUMBAH ONE

Hmm, you know what I am going to do 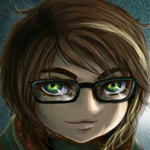 349 posts
in 154 days
Online
Bio 18 hrs ago
This definitively looks intriguing. Although I have no knowledge of the lore of this setting beyond what you wrote.
1x Like

This definitively looks intriguing. Although I have no knowledge of the lore of this setting beyond what you wrote.

Don't worry! That's basically the entire lore. The mod that this derives from was a multiplayer only free thing for Half Life 2, so its not really banked on that and we have a bit of creative freedom with it!
Hidden 5 mos ago Post by LetMeDoStuff
Raw —
OP

3461 posts
in 2091 days
Seen 1 day ago
Bio
Actually, does anyone have an questions about the RP in general? Might as well get that out of the way
Hidden 5 mos ago Post by PPQ Purple
Raw —

349 posts
in 154 days
Online
Bio 18 hrs ago
Here is one. You mention this will have some sort of implants and stuff. Reading your post you seem to have an idea of the stuff you want us to have/not have and the general level of them. So like anything more you can say about that?
Hidden 5 mos ago Post by LetMeDoStuff
Raw —
OP

Here is one. You mention this will have some sort of implants and stuff. Reading your post you seem to have an idea of the stuff you want us to have/not have and the general level of them. So like anything more you can say about that?

Great question! So, implants are a bit tricky as they are honestly more "open" than, say, general replacement limbs. In this case, we've had a few experimental ones. A character from the previous incarnation used some sort of muscle implant to help with temporary strength, but it came at a large cost overall. Smaller implants like retina/eye based HUDs/Operative visual effects are definitely available. Small things like bone plating is available in small numbers as a "safer" replacement to muscle implants but are far too expensive to do entirely. It might be easier to tell me what you might have in mind? And if its a bit out of the scope, I can try to help narrow it down whilst retaining its original form?
Hidden 5 mos ago Post by PPQ Purple
Raw —

349 posts
in 154 days
Online
Bio 18 hrs ago
Issue is basically I love your concept but am drawing a complete and utter blank so I am shooting for inspiration.
Hidden 5 mos ago Post by LetMeDoStuff
Raw —
OP

Issue is basically I love your concept but am drawing a complete and utter blank so I am shooting for inspiration.

Well, we can shoot ideas between the others. Why not ask a few of the others? There's a good few returning members so let's see what they got planned:

@Smike@Conscripts@Landaus Five-One? (I know MK2's doesn't have any if he's using the same one)
Hidden 5 mos ago Post by buttonsy
Raw — 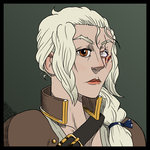 3 posts
in 371 days
Online
Bio
Oh I am absolutely intrigued. Are you basing these character sheets off of any particular system (like the Cyberpunk TTRPG)?
Hidden 5 mos ago Post by LetMeDoStuff
Raw —
OP

Oh I am absolutely intrigued. Are you basing these character sheets off of any particular system (like the Cyberpunk TTRPG)?

No no, it'll be a sort of "expected" character sheet you'd see on RPG, as we're not doing tabletop. BUT, I hope that still keeps you interested?
↑ Top