If you could replace all the actors in a movie with Muppets, what movie would it be?
1x Laugh

Whatever happened to the original actor in Fresh Prince of Bel Air, who played Vivian Banks?
Hidden 2 mos ago Post by HEAVY METAL
Raw —

2336 posts
in 583 days
Seen 26 days ago
Bio
Her programming malfunctioned and she was an old system , so instead of replacing her a JX72, the manufactures decided to upgrade her to RZ68, but the last one was used for some election, so they used superglue and gum to hold the wiring together.

17956 posts
in 1560 days
Online
Bio 1 day ago
it died out like a lot of old classics did, only reviving on Halloween.

Which horror icon is better, in your opinion? Freddy, Jason, or Michael?
1x Like 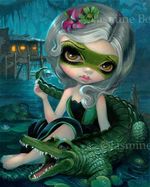 876 posts
in 3302 days
Seen 24 min ago
Bio 1 day ago
ok freddy attack in your nightmares this may sound odd but oh well that kind of made sense Michael being a mental damage kid who wanted to kill his family was always odd to me. grant my family gets on my nerves to so yeah beside the point lol. jason that one kind of made no sense to i mean he drown at a lake but his mom was the first killer in the first movie then he became the killer in the other ones and there were not all at a camp just one of the movies so i have to say freddy

what is your favorite thing about this time of year?
Hidden 2 mos ago Post by HEAVY METAL
Raw —

Nothing. I hate winter, I hate snow, I hate the cold. 😁

ok I can agree with you about the snow. but I am better with cold then i am with heat less bugs lol. even if my body hates it
Hidden 2 mos ago Post by wheels
Raw —

do you think you are a good gift giver or do you just pick something you think they will like?
Hidden 2 mos ago Post by SleepingSilence
Raw —

4564 posts
in 2526 days
Seen 4 hrs ago
Bio
I assume the question is 'do you think that you're a good spontaneous gift giver, or do you give gifts based on information and what you believe people want'. And I definitely fall into the latter. I've ended up getting last minute gifts for the past two years, because I have no earthly clue what to give my family sometimes. Since most of them are quite difficult to shop for. And the ones who aren't, are also harder to please. 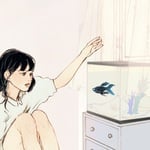 341 posts
in 960 days
Seen 1 day ago
Bio
My new year resolutions are pretty basic, but here they are:

1.) Be more positive! Life is hard, and no one said it would be easy. In fact, people say the opposite, and it’s true. No use in being miserable in the rain — sing and dance in it, I say!

2.) Read more Indy novels. I already have a pension for avoiding mainstream music, cinema, and fashion. Why not go even further off the record? All the literature that lives underground is just waiting to bloom into a beautiful garden on my bookshelves. And let’s be honest, the mainstream literature stuff is largely lacking in content like most mainstream things anyways. It’s win-win investment of time.

4.) Write more but role play less. I love you guys. (Ewwwh, gross, she said she loves me!) But, my time is valuable, just like yours! I also have a lot of offline commitments that make keeping up with youz guyz unreasonable. This works out great though, because I want to be more serious about my writing and actually make something useful of it aside from just pure entertainment. Maybe I’ll be a success. Maybe I won’t. But, I’ll never know if I don’t try.

What was your favorite cartoon in elementary school and why?
Hidden 2 mos ago Post by Lord Orgasmo
Raw —

1703 posts
in 2141 days
Seen 2 hrs ago
Bio 2 days ago
Phineas and Ferb, mostly for the songs. If not that then probably Code Lyoko because I liked the idea of mixing 3d and 2d, as well as the whole video game world.

My question is, what instrument do you wish you could play and why?
Hidden 2 mos ago Post by HEAVY METAL
Raw —

Original or Remakes, movies, books, music,etc which do u like better ?
Hidden 2 mos ago Post by Gunther
Raw —

I liked the song Bad Company by Bad Company (Paul Rodgers) forty years ago. Still do. Five Finger Death Punch made a remake of that classic rock song. It is ok, but the original is still better. Metallica, one of my favorite rock bands made a cover of Bob Seger’s Turn the Page. I LOVE BOTH! The differences between the two are subtle. I have been listening/comparing both for ten years and I LOVE BOTH! Neither is better. James Hetfield accentuates some words differently than Seger. They are both good.

It is uncommon someone remakes a movie 25+ years later and gets a hit. Frank Sinatra’s Manchurian Candidate is much better than Denzel Washington’s. Dune? Meh…both sucked! Planet of the Apes remakes were better simply because CGI is thing today, but not 50 years ago. Honestly, I have to take each movie one at a time. But traditionally, the original was better than the remake.

If you could travel back in time, which era would you want to visit?
1x Like

if you life was a book what would the title be called?
1x Like

2336 posts
in 583 days
Seen 26 days ago
Bio
The unfortunate misadventures of one clumsy dimwitted alien and the time he saved the world but nobody ever noticed.

would you want change who the president or leader of your country is if you live in a different country?
Hidden 2 mos ago Post by HEAVY METAL
Raw —

2336 posts
in 583 days
Seen 26 days ago
Bio
Well seeing how most are Tyrants and could care less about their people, then I would say yes.
But, it's not like it really matters, because the people, are never satisfied in who runs the country...

17956 posts
in 1560 days
Online
Bio 1 day ago
to be honest both... though I get more wendy's these days since they are closer and apps like door dash became a thing.

Which fast food is better in your opinion? Mcdonalds? Wendy's? Or Burger King?
1x Like

"I" moving? That a new Iphone?

No it's called crappy tablet keyboard and fat fingers