The street gangs of of Tokyo are about to explode

And you’re the lit match!

Across the schools of Tokyo, the various delinquent gangs of the city are all making their claim. Each gang vows they are the toughest, the strongest, and most deserving of the title “Kings.” You’d be hard pressed to find a schoolyard or alleyway where two banchou aren’t throwing hands, stomping each other into a mess of blood and ripped school uniforms.

Step into another gangs turf? Expect the physical consequences.

These are the Delinquent Days. 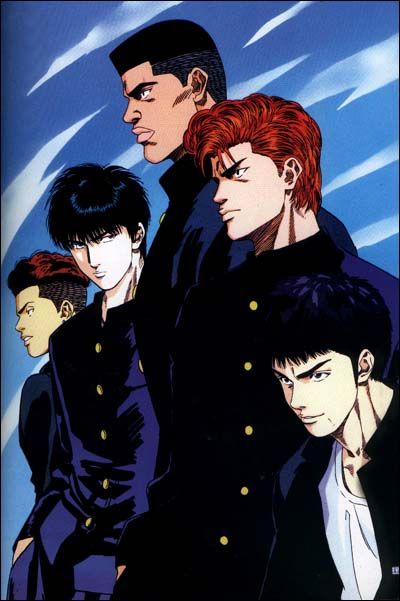 A recent power vacuum has left the various schoolyard gangs bereft of order. A Rumble between the two highest ranking street gangs has left one leader dead, and the other behind bars.

Of all the gangs, only one stands to make the best claim to the top: The Ikebukuro Diamonds. A ruthless group of yakuza inspired hooligans who aren’t above extortion, theft, and all manner of debauchery. Their former leader has been arrested after the previously mentioned Rumble, leaving the unhinged lieutenant in command. And that's Kazuma Kyoya - dubbing himself the “Emperor of Tokyo” - an enigmatic high school delinquent who they say has never lost a fight. The influence of The Diamonds extends across the cityscape, and with it, Kazuma has absorbed command of a handful of the lowest ranking gangs, increasing their number almost three-fold.

Our story starts with a ragtag group of delinquents coming together to represent their school - Sarayashiki Junior High. Your role may be the muscle, may be strategy, may be just wanting to kick some ass of guys who think they're even tougher than you.

Most of the cast will be students at Sarayashiki, and the player characters will all be members of the Sarayashiki Gang. Based on your submitted character sheets, I'm going to attempt to meld the story around you guys - using your backgrounds, I may make subtle adjustments without changing your character's root. For example, I may say "your character is going to be best friends with this other character, at least at the start." Some of them will be more plot significant than others, like I may have a character have a personal relationship with one of the arc's main antagonists. This will help make the story easier to get to the meat and potatoes without having to establish a bunch of first meetings, creating first impressions, all that stuff. Of course, I'm more than willing to adapt based on what you guys would think would work best. 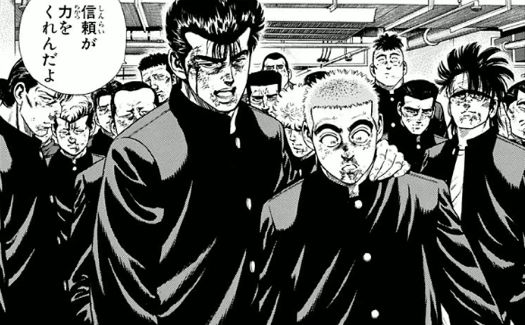 If you'd like to apply a character, send me a pm with the following information for your character, and I'll get back to you. If all goes well, I can have the game up at the end of the week with everyone's updated characters and the first arc sorted out. My main player character will act as the Leader of the gang, but will alternate to play NPC's to keep plot moving forward.

The Leader character will be named Minato Ishida - and most of the gang has known each other throughout the school year, if not earlier than so. He has a soft-spoken character, smart with an emphasis on strategy. Though he's capable in a fight, he will not be the strongest in the gang, that's where you guys come in. He leads you all by believing in you, each of us having a deep bond and connection that makes us fight that much harder. Although the group has been delinquents for a long time, it isn't until the most recent chaotic upheaval in the street gangs has Minato told you all his aim is to stake our own claim for dominance, making our way up the ladder of School Gangs and usurp even The Ikebukuro Diamonds. 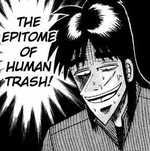 I'll be honest OP I've got so many ideas for this you could tell me what you need to round out your cast and I'd strongly consider just going for it.

Or I could send you a list and you could handpick what you like/need most.

Or I could just play ten characters idk

1463 posts
in 2462 days
Seen 30 min ago
Bio
Oh yeah, one point I forgot to add in the other post, OP: in the 70's there were more (smaller) street gangs in Japan, and violent clashes between them were very frequent. In the 80's, most of these gangs had formed larger rengō (alliances); battles between these rengō were rarer, but when they happened they involved far more participants, often numbering in the hundreds. And finally, the decline of Japanese street gangs began in the 90's and continues well into the 2020's. There are still gangs kicking around Japan, but very few of them, and even then some of them just like the fashion and have turned the tokkō-fuku, the tobi pants, and misc. delinquent fashions into innocuous streetwear, representing no allegiances or deliquency. Four digits at most of gang membership these days, whereas the bōsōzoku (e.g.) hit an all-time membership around 43,000 (forty three THOUSAND) members nationwide in 1983.

So in addition to the reasons already given, the decade you choose also determines both the culture and the relative danger of the gangster lifestyle in Japan. Both from cops and from other groups.

I recommend watching Godspeed You! Black Emperor for a taste of what it looked like in the 70's. Sayonara Speed Tribes for the 80's.
Hidden 5 mos ago Post by BenG85
Raw —

Our story starts with a ragtag group of delinquents coming together to represent their school - Sarayashiki Junior High.

So we're anywhere from 12 to 14 years old at the start of the school year, right?
Hidden 5 mos ago Post by Noblebandit
Raw — 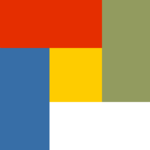 1463 posts
in 2462 days
Seen 30 min ago
Bio
@Noblebandit IRL there weren't really female gangsters (outside of the all-girl sukeban groups, that is) until the boys started bringing their girlfriends along to rallies and New Year's parties at gang hangouts. This was around the early 80's.

@Noblebandit IRL there weren't really female gangsters (outside of the all-girl sukeban groups, that is) until the boys started bringing their girlfriends along to rallies and New Year's parties at gang hangouts. This was around the early 80's.

I'm not worried about myself which one it is, because I'm okay writing a boy or a girl. But there is no gender tab in the Character Sheet, so it's a little hard to tell which one it is.
Hidden 5 mos ago Post by LostDestiny
Raw —

1408 posts
in 2875 days
Seen 1 hr ago
@Noblebandit I just assumed we are going the more anime route so there are always some bad ass females ready to scrap. I made a female but we shall see I suppose
1x Like

@pugbutter Have I ever mentioned to you my idea to use the Kids on Bikes ttrpg system for a bosozoku story? I thought it was pretty clever.
Hidden 5 mos ago Post by pugbutter
Raw —

Also been looking at tribal/clansman-based systems like Kingdom and Hillfolk, too
Hidden 5 mos ago Post by LostDestiny
Raw —

Me: "Idk what is happening I am just here for some slice of life and to punch things." XD
Hidden 5 mos ago Post by pugbutter
Raw —

I just want to ride a BS 350 GTR and hit people with a bokken.
Hidden 5 mos ago Post by LostDestiny
Raw —

1463 posts
in 2462 days
Seen 30 min ago
Bio
@Dead Cruiser Unfortunately, if we're in junior high then we're still at least one full year away from being able to get the Class A motorbike license and putt around on a 50cc scooter

Hidden 5 mos ago → 5 mos ago Post by LostDestiny
Raw —

@pugbutter That's why you just steal the bike. It's a victimless crime!
↑ Top