STATUS: Thinking about posting my own 1x1 +18 interest check 🥺 4 mos ago

4 mos ago
Current Thinking about posting my own 1x1 +18 interest check 🥺
5 likes
4 mos ago
I would really love to play a Naruto RP with OC's, starting as a Genin and building up a story.
2 likes

In Searching for long-term, story-focused rps with a build up to Nsfw. Any genre accepted: mxf or mxm pairings. → 4 mos ago Forum: 1x1 Interest Checks
Hey, I contacted you! :D
In Shinobi Ascension: Sons of Otogakure (Naruto Roleplay) → 4 mos ago Forum: Casual Roleplay
Not a problem at all. Just know that my character is also taijutsu focused

I have a already made char that I could tweak and slide over to this. How'd you feel about a taijutsu specialist?

I've been getting lost in translation
Trouble keeping up communication
We were having fun, now I can't wait to be done
It feels like I'm the only one that's sick of playing

Kairi stood very surprised that I had asked for the cigarette. "I confess that I usually don't smoke. Only under stressful circumstances." I clarified. "What's this about us traveling together? André hadn't mentioned any of this in the letter he sent to me. And it's all so odd. I feel like I don't recognize half of the people who are here and to make matters worse, Regis is hiding and there's no Matt's sign."

I took a deep drag and handed the cigarette back to Kairi who looked just as misplaced as I was. From a distance, I could still hear Grace rant in countless technical terms about Pokémon. I knew them too, having grown up in a home for scientists, but I felt that not even my parents used such language daily.

Unlike me, Bullet seemed to fit in easily, especially with the equally curious Vertex. The two Pokémon floated in an equally intrinsic and chaotic dance. They reminded me of when we were kids. It was natural for us to have fun without trying. But just understanding that new configuration of personalities that had gathered here was already difficult. Before everyone arrived I was afraid I wouldn't know who they had become. Now it bothered me to see that maybe we weren't compatible anymore.

"And you li'l blondie," I said to Kairi remembering how much it used to piss her off when we were little. "What do you think of André's proposal?"

I prefer to avoid PvP but the others are free to do collabs.

I think PVP is not my cup of tea either. I was thinking that maybe we could be attacked by a criminal organization and fight them together. This would give them (or at least saint) a reason to really stay together.
In Pokémon: Kalos Chronicles: Superstars of Friendship Edition → 4 mos ago Forum: Casual Roleplay
Lost in Translation

I've been getting lost in translation
Trouble keeping up communication
We were having fun, now I can't wait to be done
It feels like I'm the only one that's sick of playing

The frenzy around us seemed to start to subside. At least in perspective of when I arrived. On the other hand, the number of familiar faces continued to increase. After Kairi, it was Grace who approached us. She was also very different. More different than Kairi, I would say. With an air of superiority, almost as if she were visiting the sick. Her nerves, however, seemed to be turned against André, who had just shooed away the sullen blonde from our surroundings with countless sprays of perfume. It became clear to me that even as the years passed, André was still the same innocent, adorable child I had known years ago.

For a brief moment, all attention turned to the Pokémon we each possessed. Everyone - myself included - was dazzled by Grace's rare Porygon. He was certainly quite a sight. Ember seemed to be the most impressed, lunging at them. Her's and Andre's Pokémon, an Eevee and a Cleffa, respectively, while more common, were equally fascinating and adorable. Bullet, my Dreepy, had been on his Pokeball since I got closer to the crowd surrounding my friends, but it seemed like the perfect time to show him off.

"This is Bullet, a Pokémon native to the Galar region," I said, releasing him. “It's my fifth Pokémon and it was a gift from my parents. By the way, I ended up deciding to leave my other Pokémon with them in Galar, as they were very attached and I felt sorry for separating them.” Although Bullet was extremely shy at first, his innate curiosity made him overcome it, and soon he was gliding to get along with the other Pokémon. It was adorable to see him interact for the first time since his egg had hatched.

In a second moment, everyone started talking about why we were convened. Apparently, André had called us so we could start our journey together. I had precociously already started mine years ago, albeit in the company of my parents. Also, my blond friend hadn't mentioned any of this in the letter he had sent to me. It just said that he wanted to see me again with a set time and meeting place. While it was great to see my friends again and relive innumerable childhood memories, I still wasn't sure I wanted to stream my way with them.

André's departure had destabilized this group, and everyone had felt the effect of his absence. Everyone except me, since from my perspective, I was the one that got away. A year before André's parents took him in with them, I had left Kalos and moved to Galar. And since I wasn't the gum that held the group together, I believed my departure hadn't left too much of a gap. But Andre's departure clearly had.

I decided to get away from the chaotic atmosphere that seemed to settle in, with the Pokémon, with André perfuming everyone, and with Grace and her icy gaze and to get closer to my old friend, Kairi. She was the person I was closest to as a child. It was because of her that I actually met the others. We were neighbors and I clearly remembered braiding her long golden locks as a child. Now she looked like a different person. But I felt we still had a special connection. She was sitting with a cigarette between her fingers watching a Teddiursa walk away from her.

“Was that Solace?” I asked sitting down next to her and gesturing for the cigarette. "That means Regis must already be around, right?" 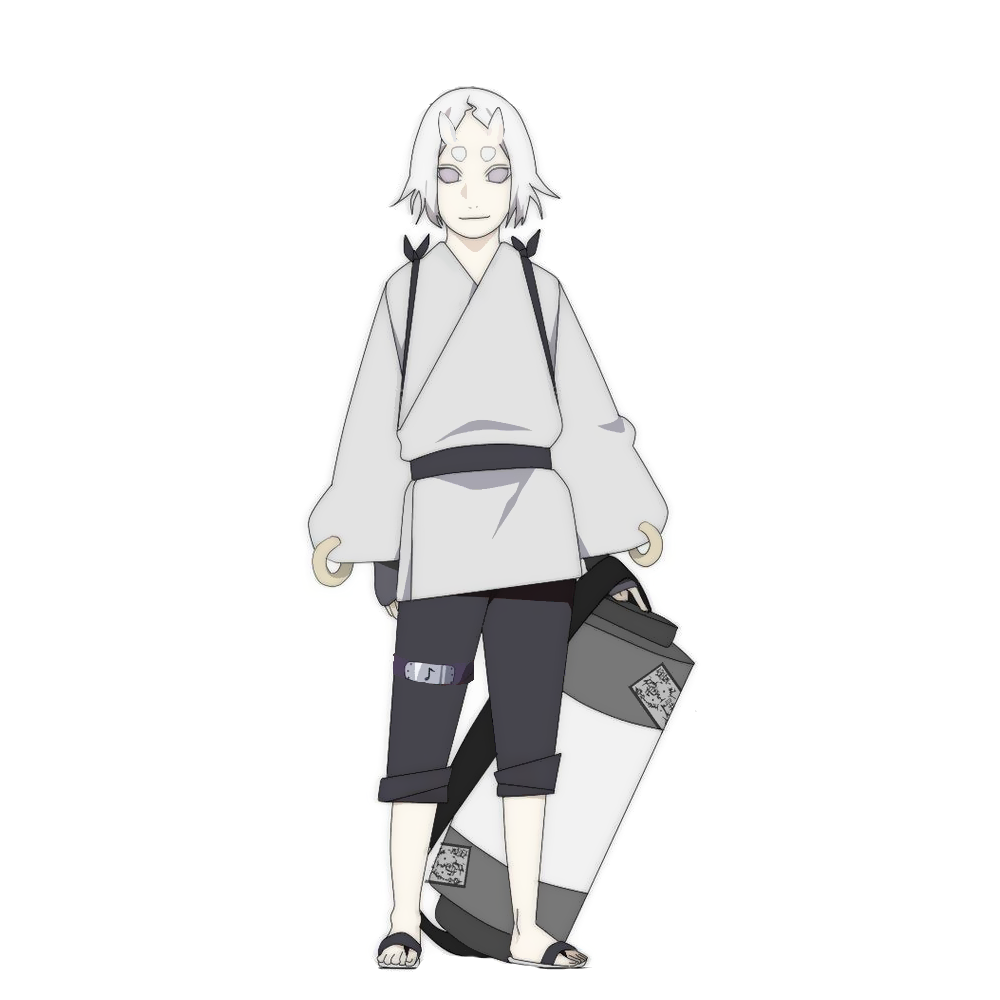 Personal Data:
Name: Satoru
Age: 12
Gender: Male
Sexuality: Homosexual
History: Satoru is Orochimaru's proclaimed most successful genetic experiment. Born from the Sannin's desire to recreate the deceased Otstsuki clan, the boy has genetic traits from the Kaguya - whose DNA was harvested from Kimimaro - and the Hyuga - obtained from a deserter from Konohagakure. Although he lacked many pieces of the original clan's genetics, Orochimaru's success in creating a hybrid that could easily access the characteristics of two hereditary lines was undeniable. That was the main reason the leader of Otogakure kept Satoru in such short sight. He was trained by the Sannin and developed a fine sense of his abilities, receiving occasional visits from the weakened Kimimaro, who helped him understand the extent of one of his Kekkei Genkai. His main breakthrough in Orochimaru's eyes was in combining the Hyuga's chakra vision with the Kaguya's ability to move bones to create a unique fighting style.
Appearence: Satoru is a distinctive child. Being the result of a genetic blending experiment, the boy greatly resembles the ancient Otsutsuki nobility, with his extremely pale skin, hair, and eyes. He's not too small for his age but doesn't stand out either. Satoru is a thin boy with a prominent bone structure. So much so that two small horns emerge from his forehead. Despite the difficulties he faced, he always displays a sincere smile.
Personality: Satoru is a light-hearted brat, used to being treated as a special event because of his unique genetic makeup. Still, he is friendly and knows how to behave. He is an extremely talkative and curious child, who likes to understand the reason for everything. He is loyal to those he considers friends, and more than that, he is loyal to his master Orochimaru.
Goals: