STATUS: What I do with a crate of mongeese, live grenades, and a bucket of glue on my property is none of the government's business. 2 mos ago

2 mos ago
Current What I do with a crate of mongeese, live grenades, and a bucket of glue on my property is none of the government's business.
1 like
4 mos ago
Bitches be like, "You mine <3". First off, I'm in the U.S. Army. "I" belong to the State.
6 likes
8 mos ago
Oh, so you think you're a REAL Joe Biden fan? Name all 3 of his complete sentences.
7 likes
9 mos ago
Stack sats, print gats, distill vats, feed cats
1 like
9 mos ago
We here at Cyberdine Systems have heard your demands and we answer your cries with "BullyBot". With the push of a button you can now automate all of your cyberbullying. The future is here. Embrace it.
5 likes

In Winds of Fate - A Thieves' Adventure (Semi-Tabletop) → 13 days ago Forum: Advanced Roleplay
"So are we in accord?"

Maréngo smiled and gave a hearty *aye!* before downing his horn and slamming it down a satisfying thud. The idea of a captain being in charge outside of battle made his teeth grind ever so slightly but he didn't show it. The way of pirates was one vote for one man but he was not boarding a pirate ship and he silently reminded himself of that. He could stomach taking the orders of a stranger if he was worth his salt and if there was gold at the end of the job.

"Someone make sure that Y'Vanna at least eats something solid. She's definitely going to need it..."

Maréngo laughed as he retrieved his knife and used it to skewer a large chunk of pheasant breast, separating it from the rest of the body with a flick of his wrist. He also made sure grabbed an orange from one of the baskets. Scurvy wouldn't catch this sea dog with his pants down that easily.
"Don't worry, I'll be keepin' an eye on this one," he replied with a gesture at the trouble maker in question.
Which wouldn't exactly be hard. Y'vanna wasn't unpleasant to look at, not that he'd give her the satisfaction of hearing him say that out loud.
Gods know how full of themselves women get with the smallest compliment.

With lists being drafted and requests being made, Maréngo thought to make his own list of needs. Certainly he would need a fishing rod and or a net. Dried provisions feed the man but not the soul. Speaking of, a supply of tobacco wouldn't hurt. Useful during what little free time they might have once they got to their destination and as a trade item among his fellow sailors. If nothing else, he would be sure to consult a soothsayer or an oracle of some sort. Many sailors throughout history have been superstitious and he was no exception in that regard. What did Leathe have in store for him he wondered. A thought crossed his mind as he took a bite of the meat on the end of his knife to save an offering in case the temple allowed outsiders the honor of giving to the gods. He felt it would be appropriate given how much trouble the lord of the seas had gone to to save one no name sailor's life. As disconcerting as the thought was, he doubted he could count on another miracle from on high any time soon.

Following the train of thought, could he count on the others here? Not in the sense of whether or not they could handle themselves, but if he could trust them not to run or crumple in the face of difficulty. As much as he didn't like to grapple with this feeling, he knew he would have to. Things were so much simpler living on the waves. Everyone had to trust one another or everyone might die. Simple as that. Everything got so much more complicated on land.
In Winds of Fate - A Thieves' Adventure (Semi-Tabletop) → 22 days ago Forum: Advanced Roleplay
Maréngo felt the newcomer's eyes on him and returned Nora's gaze with a smile of greeting and a friendly nod for her savage companion. He looked her over and found nothing wanting from the Zherpanian. A sword on each hip implied any number of hidden weapons and not to mention the ornately carved rifle across her back. A thing of beauty with few peers. There was little doubt in his mind it was either plunder or a gift; most likely the former. The pirate also recognized a fellow pirate when he saw one, even if she sailed dunes rather than waves. She had the sort of hardened look about her that only one who makes their living far from civilization has. Speaking of, the oak tree shaped like a Tork man accompanying her was an especially good example of such a look. A thought crossed his mind that if they tied a rope around the wild man's ankle and threw him overboard he would make a decent anchor by weight alone.
"A perfect addition to the crew!" Maréngo thought to himself with an amused smirk.
Jokes aside, his own experience told him there was rarely such a thing as too much muscle in a group of outlaws.

Neh'miah's self assuredness gave Maréngo pause. Confidence was one thing, but his felt tainted with arrogance and he was not looking to almost get himself almost killed twice for the same brand of foolishness in the same month. He'd have to keep a sharp eye on that one to be sure. 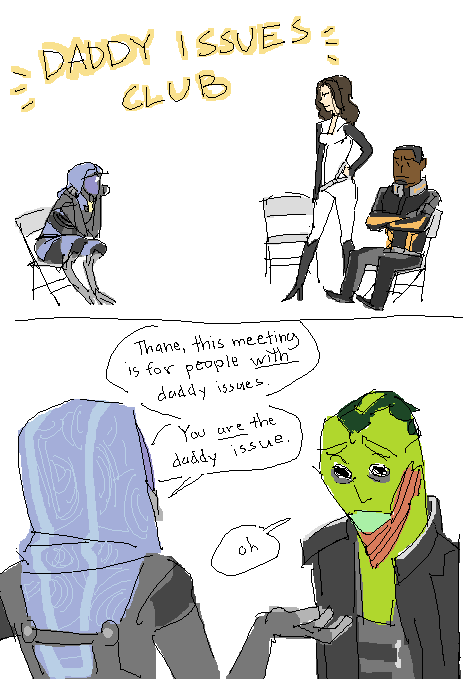 Lucina: "Jorgenson, you are the daddy issue."

<Snipped quote by Yam I Am>

Alright, here it is, shiny and complete. Roast me.