On a more serious note, today was a busy day for me so sorry for not responding to everything! So far the races are looknig good, though the fun is yet to come! Tomorrow/today I shall provide a map for you all to blindly put your races down on and then I can start making the first IC! Might take a while because it's supposed to be my birthday and I'm sure I'll be busy with family and all haha ^^'

GM: Let your imagination go wild! Make whatever you want!

Literally everyone: makes an anthropomorphic race

You did say it is supposed to be a humanoid race, soooo what were you expecting? :)
How long are the turns going to take? Are we all starting with just 12 "people"? It is not very much to build a viable and genetically diverse population, but since it is big part fantasy, I assume we dont have to stick to this level of realism.
Hidden 10 mos ago Post by Odin
Raw — 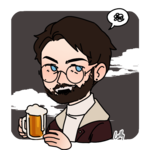 Banned
3791 posts
in 1484 days
Seen 16 hrs ago
Bio
I was actually thinking that animal races makes perfect sense because humans, too, were once animals.

3569 posts
in 1942 days
Seen 6 days ago
Bio
@Raylah Maybe so, but every human alive right now comes from the womb of a single mother, our ancestral "Eve". So give or take 3-4 mates (('m just compeltely guessing) for said human ancestor, that's about 5 people whose genetic codes we share to one extent. And at leats one of them is an incredibly prominent one as it was the only female gene in that. Honestly, 12 people should be more than enough for a wide variety of genetic materials, as long as you doN't shy away from poligamy

And true, I did say humanoid. And I did expect animal races, just not for everyone to make them haha. I figured people would jump at making lizardman or elves or whatnot, but I was also hoping we'd get like bunny people and all that. And I mean, we already have a diverse cast so I'm fine. I don't mind having all these animal races, but then I would've critiqued Odin's orginal idea even harder XD jk I loved your idea but still

Also, here is the blank map!

Since you have not explored anything, you don't know how anything looks like, what the geography is and what the biomes are. Just pick a spot randomly on the map and once you do I'll tell you all where you started ^^

Also keep in mind the little scale at the bottom right. This is a big map, the whole Continent (according to tectonic paltes at least) is roughly the size of mainland Europe across, minues the big-ass channel separating the two parts. And before you ask, this isn't the entire world, I deliberately wanted to find something relatively small and contained for us to play on without having to adjust to mind boggling distances ^^

Edit: @Odin In the end I did use the map generator you sent me. It making biomes, and more importantly heightmaps for me is a great boon. Maybe one I made myself would be more "realistic", but this makes it so much quicker haha
Hidden 10 mos ago → 10 mos ago Post by Odin
Raw —

Also, yeah, that's the reason I fell in love with Azgaars. You can import maps in it too, so you could've imported a handdrawn map, I think, but it'd be harder. It making heightmaps, rivers, biomes, and even allowing you to draw in factions is nice, but I'm not sure whether you'll be using that since it possibly limits you?
Hidden 10 mos ago Post by 6slyboy6
Raw —
GM

3569 posts
in 1942 days
Seen 6 days ago
Bio
@Odin I might, but in my experience it is a bit finnicky. I'll be using an SVG editor to make fully scalable maps about population and civilizations on the map, but that might take a while haha. I also plan on adding a more visually appealing topographical and biomes map once I get some time and figure out how haha

I doubt my simple photoshop skills will suffice for that, but only time will tell.
Hidden 10 mos ago Post by Caelum
Raw —

219 posts
in 2313 days
Seen 5 mos ago
Tell me what you think. I wanted to do something similar to humans, but realized actual humans would probably be disallowed, so I made my own take on a similar humanoid race.

Pale, white creatures, the Artias are albino in nature and share a striking resemblance to humans. Short beings, the males stand from 4'10 to 5'10 and the females from 4'4 to 5'2. Their hair is a bleached shade of white- Shared in common with their bodies and eyes. Strength wise, they are slightly weaker then humans- But a tad bit faster on their feet, with a greater point of adaptation then their tall brethren. It is much easier for Artias to adjust to new climates and changes.

Although Artias typically share a shorter lifespan of about 60-70 years, they breed much quicker- And it's not a foreign concept for a woman to comfortably bear up to two children at a time.

Artias are a very communal race. As a people, they are brave, curious, and willing to try new things. They tend to stick and form to communities, and rarely drift off on their own. Safety is in numbers, yet they do not share the traits of hive minds or 'one among the crowd'. Individuality is still a gifted trait among the Artias, they are simply just more prone to living close to one another.

Ascendant No One In Particular

Member Seen 2 hrs ago
Ascendant
No One In Particular 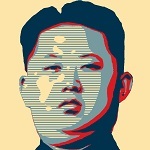 247 posts
in 1775 days
Seen 2 hrs ago
Saving in .png is probably better due to not creating artifacts and losing information between various savings.

@jimapple@Odin It might be interesting to see two people be so close to each other from the beginning! I'd lvoe to see the way two different cultures evolve together in proximty! I'd say it's more narratively interesting than if you moved ^^

@Ascendant True enough, plus I need png files to share here anyways. But I have a niche love for SVGs so I'll keep my own copies for sure!

3569 posts
in 1942 days
Seen 6 days ago
Bio
@Meleck I like your race as well! I feel like out of all the people you nailed the behavior the most, but my judgement might be a bit cloudy since I've drank some alcohol for bday occasions hehe

@Tal Can't wait to see what you come up with!

And I know this is double posting, but I forgot you can change pages without losing the post. Been a while sicne I was here. But I didn't want to address a few things.

Once, should we make a Discord server or keep chatting here? Personally I like both, talking here brings back oldschool memories, but at the same time I'm very online on Discord.

Two, should we establish something like a google spreadsheet together for basic technologies so that we can all agree on a similar vision? And if so, then in what way. Alternatively you can all just leave it to me and your imagination ^^

And third, I'm going to a big concert thingie in 2 days as an escort to a few people (flexes)which means that I won't be able to write/work that day. So options are that I write a post tomorrow, or I write one on Thursday. I'll leave it up to you guys if we want to wait for a few more people and work out some kinks in the game until then or jump straight in while the hype is there haha
1x Thank

@6slyboy6 Greetings, tiny potato. I am passing by this place, and became curious enough to want to ask you something...

...what are your plans for this RP's future? And do you think this RP will survive, or will natural selection occur? DX

Meleck Cleric on the Northern Plains

3569 posts
in 1942 days
Seen 6 days ago
Bio
@Crusader Lord My plans? Wellp... clears throat sit down buckaroo, I'm about to tell you a long story

I all seriousness, I have a lot of events prepared. My idea is that using this way of getting to know your race from the very beginning, it can develop into a more usual NRP but with players who truly appreciate and care about their races, with VAST amounts of material to work with comapred to other NRPs where you have to make up ofted thousands of years of history before you can submit your sheet.

And as for the latter, well... that hardly depends on my plans, but I am hopeful that with time a solid core will develop who can keep us gonig for months, perhaps even years. And if not, then it was still a good thought experiment ^^

Edit: also, wait, I know you. Hnnnnng, I remember your name, but where from >~>
Damnit, this is going to keep me up at night...
1x Thank