But at LONG LAST!
After years of dealing with life and not being around RPGuild...
I have returned!
For another attempt at one of my broad interest, personalized RP ideas!

Now, I likely won't do the OOC until next weekend, so there'll be plenty of time to get everything sorted out, and for people to ask questions [Since this will be a fairly small interest check to just plump for people's curiosity], and for me to tweak things to fit those who've guaranteed their participation! :D

Now then, The gist of this one is:
Heavily inspired by My hero academia, though I'm not set on excluding, including, or pick and choosing pieces of the anime canon setting and characters to be involved, or even exist.

The basic gist here is to utilize the world-wide emergence of super powers theme from the anime, though the actual time period of the RP will vary depending on those interested, it may be during the initial emergence, or later during the period where there are hero schools and the likes are on the rise.

The main difference I have in mind is to the 'base' world affected by this, expanding the world itself to include the trope of concealed non-human civilization living in the background of human civilization, which, of course, are affected by that advent of super powers as well. [Just incase anyone's worried about it, I already have plans to balance things out ;3]

That said, Depending on the input of people who are certain to stick around for the Actual RP, I intend to customize some things to fit the group that'll be RPing together... The reason for this is simple, I'm interested in all kinds of things, too many in fact, though I still have the motivation, so the interests of those joining will help me narrow things down to something that we'll all enjoy... Also, because I enjoy co-operative input on the story ;3

And in that light, Here's some questions for those interested!

My Vote is for Present Day!

2. What Time period do you favor? [this can apply to whatever favored lore point we use!]
Medieval, Modern, or Future.

My Vote is for Modern!

3. What Species Balance do you prefer? [In this case, pick whichever ones you like, single or multiple, and I'll tally the results and if at least half of the players voted for one, I'll fit it in!]
Humans, Sentient Animals, Furries, Myths, Monsters, Equestrians [yes those, and all related species XD]
[Note: Even if not included as a permanent 'race', These things can be results of your powers anyway!]

My vote is for Sentient Animals, Myths, Monsters, and Equestrians
[The main reason being, I find a lot of fun in exploring quadrupedal characters! Also, humans are everywhere anyway XD]

4. Discord or not?!
Yeah that, Much as I love this site, setting up a server and channels in discord would be 'incredibly' helpful for keeping everything organized, and handling characters being in different places and such! 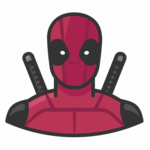 66 posts
in 200 days
Online
Showing interest. Present day, modern, human (the other races can be covered in quirks anyway having more takes away from the fantasy of quirks a little in my opinion), discord
Hidden 7 mos ago Post by Shoryu
Raw —
OP

Showing interest. Present day, modern, human (the other races can be covered in quirks anyway having more takes away from the fantasy of quirks a little in my opinion), discord

Wunderbar! :D
Glad to hear it!

And that is a decent point Jumbus, I just wanted to leave the option available for people who like the extra options, though it also makes some varieties a bit more common and easy to fit in, and I like the idea of things being adapted to the prevalence of a variety of species and body types, though if enough people want things simplified to just human's being common I'll adapt ^.^
Hidden 7 mos ago Post by Potemking
Raw —

There seems to be a lot of agreement on Present Day/ Modern and I'm all on board for them as well. As far as species go, I might go basic and be human, but if people want to explore beyond that I'm definitely not going to say other people shouldn't be able to! (At most my character may have horns, as part of the general idea I have for them).

Discord is great for communication and even a simple one is perfect for me. (I don't tend to really use bots or anything, so 'fancy' servers don't matter to me lol)
Hidden 7 mos ago Post by Jumbus
Raw —

66 posts
in 200 days
Online
I will state that I don't mind non-human characters and if the other players want to play a different race I can come around to the idea. I myself would like to play a character that doesn't resemble a human instead a monstrous fish-like humanoid but that will be because of the quirk.
Hidden 7 mos ago → 7 mos ago Post by xia
Raw — 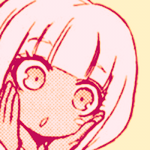 Member Seen 7 hrs ago
Shard
I write stuff, and things. 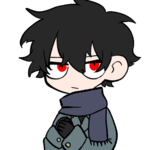 - Modern day.
- Any race is fine.
- I love Discord, as long as it’s active and being used.

I have a character in mind that I was going to use for a Titans RP that never took off.
Hidden 7 mos ago Post by ShepherdOfHope
Raw — 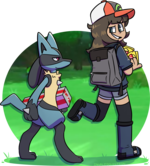 36 posts
in 457 days
Seen 17 days ago
I'll throw my hat in the ring too. I'm thinking of using a character with some kind of butterfly quirk; so she'd have the wings, antennae, and everything.

891 posts
in 2443 days
Seen 4 mos ago
woahholycrap!
It didn't tell me that there were new posts here! I check at least once a day even if I can't do much on that particular day [culinary arts was rough with half the class out today TxT], but wow, So many people appeared this time!

This is just a general tally, until I get settled in on saturday, there's still time to throw in, but this is looking good so far :D and the votes look pretty overwhelming too XD

My Vote is for Modern!

I will state that I don't mind non-human characters and if the other players want to play a different race I can come around to the idea. I myself would like to play a character that doesn't resemble a human instead a monstrous fish-like humanoid but that will be because of the quirk.

That quite alright Jumbus :D Unless people overwhelming voted against humans being present, which it looks like is 'far' from happening anyway, then there's no reason your idea for that can't work just as well as if it were only humans :D
Hidden 7 mos ago Post by Mr Savage
Raw —

Bio
interested for suuuuure
present day. medieval or modern, all races applied and for sure a discord!
Hidden 7 mos ago Post by Riddles
Raw — 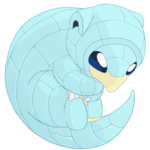 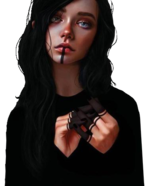 84 posts
in 627 days
Seen 14 hrs ago
Bio
Looks like you have a lot of interests! I'd rather not make this too complicated by making this too big, but perhaps something can be figured out where everyone is part of one class that regularly has to be split up for lessons/practice/missions (assuming we're sticking with the Academia part of it).

Also I'm 100% along with it being present day, modern era, and either every type of race available or humans with species-affecting quirks, discord definitely.

891 posts
in 2443 days
Seen 4 mos ago
alrighty boys! The week is ending for me, and I'm heading to bed soon, I'll get on that OOC first thing in the morning, and have something for you all at the very least before the weekend is over XD but hopefully by afternoon ;3

Also welcome new people! And yes, I do have some plans to compensate for a large number of players, not the least of which being that a discord server is great for organizing into smaller groups so nobody has to wait on ten other people to post before their turn @x@ I remember how badly that backfires!

And @lucky , I would not mind a co-gm at all XD at the very least to handle smaller things that I may be too short on time to give proper attention... It's unpleasant spending half of every day either in transit or in a hot kitchen instead of being able to focus on fun RP, but it's neccesary, and occasionally fun in it's own way!
2x Like

632 posts
in 368 days
Seen 2 mos ago
Bio
I might have to pass on this, honestly. Large groups in general make me uneasy, lol.

I might have to pass on this, honestly. Large groups in general make me uneasy, lol.

awww, that's unfortunate D: but alright, to each their own! ^.^
Hidden 7 mos ago Post by Lucky
Raw —

84 posts
in 627 days
Seen 14 hrs ago
Bio
I'm looking forward to the Discord server. Maybe start that up tonight so we can chat it up amongst ourselves?
Hidden 7 mos ago Post by Shoryu
Raw —
OP

891 posts
in 2443 days
Seen 4 mos ago
that's technically already done XD discord.gg/C22BCC I just haven't added the channels yet, but everyone can certainly chat it up, i'll just expand it tommorrow while i'm working on things :D
↑ Top