Hidden 2 mos ago → 2 mos ago Post by HereComesTheSnow
Raw —

Ahead of him, he saw the massive frame of his prey lurch— the one-two punch of the Iliad's finest biting deep into its armor and equilibrium. The railgun of Ajax in particular had bitten deep into its center mass, roughly where an Orbital's reactor would be housed at that scale. There was no plume of flame and fury, no chain reaction of runaway energy, no critical hull rupture billowing outward ahead of a torrent of aether. Rather, the alien was reeling, staggering down to a hand and knee as though drunk. Rabbit punched. Holden had wrecked its equilibrium. Systems for weight distribution stored in the interior of the chassis? Maybe.

No. Electromagnetic Interference. The shell carried much of its charge from acceleration into impact— a poisoned bullet. That was it, right. You only get one slip-up, Kon. Have everything memorized after this.

Regardless, the man from Belgrade hungrily leaned forward in his seat, body fighting against the inexorable press backward of acceleration as he screamed, transonic, towards the action. The blue flame of his verniers kicked up a rolling tower of dust behind as he brushed the sound barrier. Ten seconds out.

His comrades wasted no time in responding to his hails, Gypsy Soul seeming none the worse for wear in spite of engaging in melee with a foe well outside its weight class. The fey mech's blade, a red-hot light to match its wielder, had confidently redirected strikes meant to tear her in half completely, and more than forceful enough to. He'd underestimated that strange girl behind the mask, in truth— for all her spaced-out demeanor and corporate-based piloting experience, she was good behind the controls. More than the civilian carried by an exotic, high-spec design that he’d taken her for would be, certainly.

That same warning blared in Konstantin's ears once more as his field of view glowed gold. The foreign ape of steel unleashed another spray of diseased fury at its assailants— No. One in Particular. Ajax, raising his seven-layered shield as Hektor's mighty lance sought his heart, and his alone. The second Bandit clearly had some measure of intelligence left— an understanding of cause and effect enough to recognize Castle as a primary threat after the Keruanos had destroyed the equivalent of its inner ear. It couldn't allow such a weapon, both capable of piercing armor and scrambling its systems, to have any more battlefield presence. Its spines were aglow with alien light, burning hot as a sun and totally focused upon tearing straight through Ajax.

Most pilots would have carried their messages in cool, crisp, confident tones. It spoke partially to professionalism, true, the discipline instilled in anyone allowed to play jockey for a multistory mass of carefully engineered alloys, ordinance, and electronics that clocked speeds measured in mach with regularity. But for those in the know, those immersed in the unique military culture of piloting, far more motivation came from pageantry— smooth, swaggering radio cues were your calling card, proof you belong in the seat. Better death than sounding bad.

The Marshal of Arthur's Court, revived into the twenty-meter frame of state of the art military ingenuity cast not a sword into a lake, but rather a disc into light. His momentum being what it was, not even the awe-inspiring might of a full-size orbital's limbs could produce much effect on trajectory or velocity of payload. Instead, the drum was in his wake as he passed overhead, veering off in a hard right turn the moment he entered the thing's field of view. Air resistance buffeting the knight's frame, Kon clenched his teeth and hitched his breath to push the blackness from the edges of his vision. By contrast his chariot's single yellow eye shone like the midday sun.

A dull, slightly hollow clang sounded from the region of yellow-white luminescence upon the creature's back, filling what would have been an almost awkward beat in the action.

And then, that same light melted through the steel drum, and met the payload within.

A blossom of fire and force erupted from the spines, as hundreds of fourty millimeter thermobaric cartridges passed the point of autoignition instantaneously within the remains of their containment. A ripple passed through the air as the pressure front surged outward in all directions, pushed by the countless expanding blazes in close proximity within the greater fireball. A wall of concussive force that, with any luck, would serve to flatten the damn alien he could only sand down before.

How's that for a lightning bolt?

Left hand now unoccupied, the Bedwyr drew the blade at its hip, TLS-88 sparking to life as it circled in the air.
Hidden 2 mos ago Post by FlappyTheSpybot
Raw —

FlappyTheSpybot 10 cats in a trenchcoat 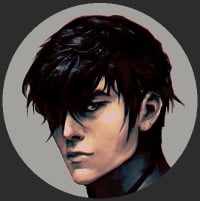 Calmly noting that the mechanoid had fired at where his shots had come from and not where he currently was, Fox let out a bit of breath he hadn't noticed he'd been holding. ...Ok, good to know my stealth systems do properly work on these things and that they can track incoming fire with extreme precision... Fox thought to himself as repeated the same maneuver; this time dumping all four rounds into the hostiles last functional energy spine.

As he relocated again the young man watched as the other bandit stumbled and then failed to properly right itself. Watching in momentary confusion, understanding suddenly clicked as the monster focused all of it's counter attack on Castle. ...The Keraunos and EM! I wonder... Quickly making sure he wasn't drawing any fire, Fox dove into the Her-Comm's electronic warfare system. ...I can't match the raw strength of The Keraunos' EMP, but the Raven's can generate sustained radio interference... If I max their power output and focus the radio waves at extreme close range...

The young man thought to himself, furiously imputing console commands as his hands struggled to keep up with his brain. ...Use three drones, overlap different oscillating frequencies... Yeah, this just might work... Tapping in the last commands, Fox hit enter, directing three of his raven drones towards the bandit locked in CQC with Volana and Artemie. <<Voyager, Aurora, engaging with my EW suite. Sorry about the radio backwash.>>

Rapidly covering the distance, the raven drones took up position a dozen or so meters in front of the Alien monstrosity, just outside the reach of it's arms, and began blasting it with as powerful of radio interference as they could muster.
Hidden 2 mos ago Post by eemmtt
Raw —

1407 posts
in 2644 days
Seen 9 days ago
The old marine grin under his helmet as both of the bandits took some serious damage from their assault. Zakharin figured another solid hit from the Keraunos would put it down. And he will make sure Castle gets that chance. So when the bandits retaliated against the humans the cyborg was on the move. He cycled two guided AP rockets into the launcher. The marines sent commands to his drones to strafe the bandit while he aimed to get target lock at the machine's head. With the missiles loaded the chime of the lock ringed in his ear. Zakharin fired both missiles at the alien machine.

When the missiles were launched the marine brought his orbital rifle to bear on the damage section of the alien machine. Sending 40mm slugs right into the weakened side armor.
Hidden 20 days ago Post by Caasicam
Raw —

Caasicam made mostly of bees

Member Seen 4 days ago
Caasicam
made mostly of bees 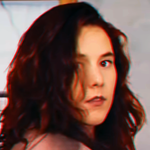 For the what felt like an eternity Volana's world was nothing but the pure white of a high power beam practically bathing the Aurora in a fiery wash of energy- and she wasn't even the one receiving the brunt of the attack. The Voyager's Lancier, true to its name, struck from above to envelope the monstrosity's head and upper torso. The sheer proximity to the intense beam overloaded her Orbital's sensors filling her cockpit with a brilliant white glow that was only marginally dampened by the safety protocols. There was a brief moment after the inferno of energy died down as her eyes adjusted to the lack of light being thrown into them.

While the readouts of the Aurora's energized plating indicated the armor had absorbed enough thermal energy to melt an unprotected orbital to slag, she still had a sinking feeling. A sinking feeling that was replaced by a sudden jerk that strained at her harness and nearly bounced her head off of the controls.

No, of course it wasn't dead.

Volana's vision restored to find herself no longer in the clutches of the mechanoid, though her new position being ground into the soft sand of the planet could scarcely be called an improvement. She glanced to the side, in time to see the flare of thrusters as Voyager rocketed forward towards both the bandit and herself. What was...?

The recognition struck as soon as Artemie's voice came crackling over the comm. Good plan, honestly maybe their only shot at this point. The mechanoid was massive, and already clearly far stronger than any one of their Orbitals, but its size was also a disadvantage, if the were able to take away some of its unnatural maneuverability...

The smart thing to do would have been to use the oncoming impact as a means to pry the thing off of her, unfortunately Volana was beginning to get more than a tad incensed. Instead she reached up with both arms, clamping her Orbital's free hand onto the now strangely dull surface of the bandit, and digging Gram's blade as deeply as she could into the thing's limb. She wasn't going anywhere, and now the only place the alien mechanoid could go was optical-sensor first into the dirt. Out of the corner of her eye Volana tracked Artemie's approach, preparing to throw the Aurora up and over as soon as the pressure from the mechanoid's limb subsided in an attempt to use her entire Orbital to pin the bandit on the ground.

She counted down the seconds as Artemie got closer.

And then, breath held tightly in her lungs, she moved.
↑ Top