Kingdom's Fall: Fantasy RP where the Dark Lord has won

Welcome to the Kingdom of Pharazon: ancient, powerful, and prosperous. Greatest of all the Five Kingdoms of Geryon.

It has been over 300 years since the defeat of Daigon, the Dark Lord, a sorcerer of unprecedented power who, from the cursed lands of Nagath, launched an invasion of the human world of unprecedented scale and fury. Orcs, undead, beastmen, trolls; human soldier-fanatics, infernal war machines, and blackest sorcery. Daigon was beaten back, barely, by the Five Kingdoms, under the leadership of King Odrossyan II of Pharazon and the Synod, a group of powerful wizards, who aided in combatting Daigon and his many fell lieutenants.

In the intervening centuries, the Five Kingdoms have squabbled for dominance and have seen off invasions and raids from the desert peoples to the south and the ferocious ashlanders to the north. Only once, however, have they faced a threat akin to Daigon, more than a century after his defeat a rebellion broke in the heartland of Pharazon out led by the Wretched Prince, a disinherited heir to the throne, who nearly toppled the kingdom by rallying a coalition of the dispossessed (as well as beastkin tribes and orcish clans from the mountains and wilds) in the name of the Dark Lord.

The revolt was broken, along with Pharazon's preeminence among the Five Kingdoms. In the wake of the Wretched Prince's revolt, the Darkwatch, an inquisitorial order of battlemages was founded to root out followers of Daigon from the Five Kingdoms under the direction of the the Synod. The fourteen members of the Synod, some old enough to have participated in the fight against Daigon, have retained a place of respect and influence in the five royal courts, almost always urging peace and cooperation between the Kingdoms and often mediating disputes.

In recent years, however, something has gone wrong.

Odrossyan VI reigns in Pharazon, a pampered youth controlled by his advisors and courtiers. Disputes have arisen within the Synod, with several members-including the the influential wizard Athalus the Mediator-expelled from the Order for reasons that remain unclear. What is clear is that these dissident wizards are now hunted actively by the Darkwatch, which has become increasingly repressive. Several powerful nobles are beginning to disappear. The Royal Scholam has been closed and many of its famed scholars are nowhere to be found. Taxes and conscription have begun to weigh heavily on the peasantry, though no war seems immanent. There are reports of orc migrations in the mountains.

The truth, known only to a fearful few, is more terrible than it seems.

Daigon has returned. What he failed to take by force he has succeeded in taking by guile. The Synod is overthrown. Its presiding wizard, Salazar, venerated by many, is possessed completely by the dark lord, who has perverted many of the other mages to his cause. Daigon and his minions now rule Pharazon, and their influence extends to the other royal courts of Geryon. The King is a puppet, the Darkwatch perverted from its original purpose.

So, the idea here would be to play characters and perhaps factions who come to realize that the dark lord now rules the kingdom and band together to resist him. Alternatively, characters can play allies of Daigon or antagonists with their own agenda. Fantasy level would be low-medium. World building and fleshing out the backstory of the world would be a major focus. 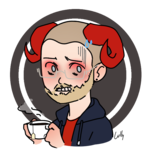 Alright, awesome. I think four is enough to start and we can take new players. I have a big-picture plot in mind but I'd really like this to be collaborative, so as you think about characters feel free to flesh out what's mentioned in the OP. There's a lot of blank spaces, so be creative and think big. What are the other four kingdoms like? Pharazon society? Religion?

In terms of characters, the world is your oyster. I mean it, you can play the puppet-king if you want to, head of the Darkwatch, street urchin, whatever you like- villain or hero. I'm only going to ask that you check with me if you'd like to play a member of the Synod.

3092 posts
in 2639 days
Seen 15 days ago
Bio
I have some interest in this. I have questions too, though. I'm sure some of this was being left open for others to flesh out or else might have been elaborated in the OOC, but I'd like to know just how powerful the sorcerers of this setting are. How does magic work, and how common is it?

In broader terms I'm trying to come to grasps with how you describe imagining this as a low/mid fantasy setting, when there's literal sorcerers, trolls, and the like running around. Am I correct in assuming magic would be quite rare and poorly understood, or at least mysterious, which is the distinction between this and what you'd call 'high fantasy'?

1393 posts
in 2647 days
Seen 1 day ago
Good question: my idea is for magic to be similar to something like Game of Thrones or Lord of the Rings. Definitely real and around, but not everyone is slinging fireballs or teleporting places. Perhaps a better way of putting it would be: this is a medium-to-high fantasy setting but in the IC, for aesthetic reasons, magic use will be limited.
Hidden 5 mos ago Post by Cyclone
Raw —

How about the setting's tech level?

I was thinking Renaissance/early gunpowder era, but am open to ideas.
Hidden 5 mos ago Post by Cyclone
Raw —

I actually like both LotR and ASoIAF a lot and am in the process of rereading the latter. I'll wait to see what other characters emerge and what you put on the OOC, but for now I'll announce that I have a tentative idea for a sort of sorcerous pirate with dubious loyalty to the dark lord. Potentially he could be a corrupted member of the Synod or someone who was exiled from the Synod at some point. Think Saruman crossed with Euron Greyjoy, or something along those lines.
1x Like

43 posts
in 244 days
Seen 3 mos ago
Honestly I'd personally enjoy creating some neutral antagonistic forces to the world such as a pseudo-sentient/haunted forest dividing two major towns/kingdoms or like a group of rogues that travel the countryside. Maybe even like drake colonies along certain mountain regions or giant sentient insects. Something to add to the fantasy and make the world feel more alive outside of the main plot. That and like... in LoTR they befriend the trees who would be otherwise neutral, so these neutral forces can be befriended or antagonized towards other currently existing factions :3

Personally I'd love a race of bug-like creatures with a Queen that has yet to provide support for other factions as of yet.
1x Like

306 posts
in 2647 days
Seen 2 days ago
Oh, the child-king of Pharazon is a playable character? What kind of idiot would want to play as a kid that has to contend with a dysfunctional regency that is thrust against a backdrop of cutthroat court politics? It's not like the kingdom is failing. Or that the Dark Lord is rising again. I mean, what other character could be so poorly equipped to deal with the events that would transpire in this RP?

Suffice to say, I'm just the type of idiot to try.
1x Like 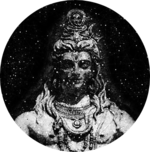 4680 posts
in 2646 days
Seen 13 hrs ago
Arena:
0 / 0 / 0
Interested in playing a character from the southern desert people, potentially a warlord out to unify them or some such, and generally developing the desert people's culture etc.
Hidden 5 mos ago Post by sly13
Raw — 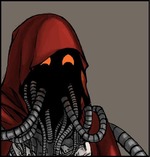 272 posts
in 1226 days
Seen 4 hrs ago
THis seems rather interesting. I would say I'm interested in Playing something like a Viking or barbarian type people from the north.
1x Like 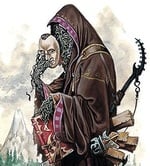 440 posts
in 1834 days
Seen 5 days ago
I'll put my interest down for this. I'm considering delving into the religious side of things across one or several of the kingdoms, likely with a character such as a church prelate or militant order magister (or both!). I'm also pondering some ties to the Darkwatch, given their "inquisitorial" slant and the fact that in fantasy settings religion and magic tend to be associated with each other, though I personally prefer the idea of the former stemming from the latter and not vice versa (people creating a religious doctrine to make sense of supernatural and enigmatic forces, as they do of the natural world, feels like a more interesting concept than magic being clearly sourced from some divine being). The Darkwatch being corrupt could be a hook for some shady politicking and theological skirmishes, either in Daigon's favour or otherwise.
1x Like

1393 posts
in 2647 days
Seen 1 day ago
Alright everyone, this is pretty cool. Will put up the OOC shortly. For those thinking about designing characters and factions somewhat distant or (for now) peripheral to the main plot- as people submit their CSes, either consider also having a 'secondary' character in Pharazon or work with each other to develop subplots that will keep everyone active. Perhaps a discord channel will be helpful, Ill create one and post a link.
3x Like 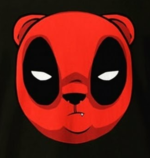 Might b cool, should I just drop into the discord?
↑ Top