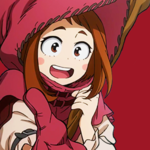 6 days ago
My GM just threatened to start killing off fictional pet bunny rabbits if I don't post tomorrow. Oh well...
6 likes
7 days ago
Me too, Hitman. Me too.
2 mos ago
Why can't I just take an extra-long nap until this whole thing is over? That should be an option.
4 likes

In The Sisters of the Dying Branch ~ A Witch Coven RP → 1 hr ago Forum: Casual Interest Checks

Wow what is this rp I've never heard of before and have no knowledge of? It sounds interesting...

Thanks for the interest, you two!
In The Sisters of the Dying Branch ~ A Witch Coven RP → 4 hrs ago Forum: Casual Interest Checks

@canaryrose What age range will the PCs fall into?

15-22, preferably. However, if you're on either extreme you'll need a good reason as to why you're being initiated at that age.
In The Sisters of the Dying Branch ~ A Witch Coven RP → 12 hrs ago Forum: Casual Interest Checks

You have me at witches, count me in!

Cool! Can't wait to have you.

But can witches get turned? Or are they "incompatible" with the virus/disease and just become ill/die when infected?

Goddamnit Trash, why do you always ask the hard questions XD

I would say- and this is a tentative answer- that no, witches can't be properly turned into vampires or werewolves. They do become pretty ill when bitten, though.
In The Sisters of the Dying Branch ~ A Witch Coven RP → 12 hrs ago Forum: Casual Interest Checks

Is there a magic system you have in mind or is it generally broad?

Is there restrictions on gender, or if not is there some societal difference between male and female witches?

You also mentioned vampires and werewolves having their own sources of magic. Can witches be those monsters as well/ can we play a supernatural monster?

Sorry just like to have all the details before thinking up a character haha.

Thanks for the interest!

1.) It's pretty broad. There aren't too many specifics, besides for the whole sacrifice thing which is vital to the roleplay. Don't think D&D, think Harry Potter blended with paganism.

2.) You can be whatever gender you want! I would say that there are generally more female witches than there are anything else, but witch society is not sexist. Your character can be any gender you want.

3.) Nope! I'm only allowing witch characters.
In The Sisters of the Dying Branch ~ A Witch Coven RP → 13 hrs ago Forum: Casual Interest Checks

This sounds super cool. I haven't really ventured outside of my genre of super science fiction-y stuff so I'd love to get myself entrenched in something like this. I have one question at the moment, what is the coven like? I see that this has the Modern label and I'm not too sure how to envision it. I'm willing to digest whatever useful information you might have at the moment to get onto a good path.

Thank you! It really means a lot to me that people think this is cool.

As for what the coven is like. I added the Modern label because this roleplay is set in modern times. However, this roleplay isn't set in a city. The coven (or, rather, its gathering place) is located in a somewhat remote area. Witches, however, are spread around the country. Many witches in the region of the coven do decide to live closer to the coven itself, though. The best I could describe the coven is as a sort of church/military organization. I won't go so far as to call it a cult, but it does have similar features. Witches can live inside the coven center, though, and many do. Children without parents to take care of them or that need a little extra... attention from the elders can live there, too.

Overall, the coven is more like a community than anything. A very insular community with an odd culture. They have frequent meetings that members are expected to go to and initiated members are also supposed to perform jobs for them. It's a restrictive atmosphere, with lots of rules.

Well, I hope it's tempted you enough! xD

I will happily sacrifice Erkan for this RP... Oh wait... I think I did that backwards, since Erkan's the one with magic... Oooops. 😛🤣

Erkan'll probably be fine with a couple modifications. Glad to have you though, Trash!

I will then
In The Sisters of the Dying Branch ~ A Witch Coven RP → 15 hrs ago Forum: Casual Interest Checks

Alright, I think it's about time I ruin an RP that isn't my own for a change.

But in all seriousness, thanks for the interest. I look forward to you ruining my roleplay. C:

Thanks for the interest! I hope it'll live up to expectations. Also, welcome to RPG.
In The Sisters of the Dying Branch ~ A Witch Coven RP → 16 hrs ago Forum: Casual Interest Checks

You are a witch.

Not a witch in the traditional sense, though. You are nothing like the "witches" of Salem, Christian mythology, or new-age culture. You do not have green skin and you do not wear a pointy hat (although you might do so for fun). You might not ride a broomstick or wear a black cloak, but you are a witch all the same. Witches are powerful beings with the ability to use magic- something that most lack. They resemble humans and are like humans in so many ways. But they are inherently inhuman. Witches, after all, use magic.

Magic as it is used by witches has varied and unique applications. Witches can make wards and charms and potions out of herbs and other natural ingredients, yes. They use this skill to its full advantage. Crafting these magical items is a vital skill to any witch, young or old. But witches can also cast devastating, destructive spells. They can ravage the Earth with these destructive forces at their discretion. They can call down storms, earthquakes, and create fire from their fingertips with a single word. The magic of witches is dangerous, and not to be tampered with.

But this magic takes its toll. Power has its cost. Magic is more of a resource than an ability- only certain beings (witches are one) can use it and generate it, but it is finite. Generating magic without a source has a steep cost. It requires sacrifice. The scale of the sacrifice depends on the scale of the spell, but it can be a devastating one. Witches may offer something as simple as blood or energy as their sacrifice, generating magic for them to use. But to produce power of epic proportions requires a sacrifice equally powerful. To do anything devastatingly powerful, a witch must give up something central to their being. Happy memories. A body part. Their ability to be happy. A piece of their life force. The life of someone else. The list of things a magical being could sacrifice to gain power is immense, but each one harms them in some way. Magic is dangerously greedy. It will devour its user and everything around them until nothing is left.

However, this is not the only way to gain power. Other beings (such as vampires, werewolves, etc.) choose to use other sources only accessible to them. Some witches bind themselves to demons, an incredibly dangerous yet advantageous practice that is punishable by death. Others sacrifice the lives of others, which is also expressly forbidden. Yet the vast majority of witches choose to bind themselves to magical wellsprings. Wellsprings are extremely rare, natural sources of magic that witches have a monopoly over. They take the forms of natural features, such as lakes, mountains, swamps, and others. While bonded to them, witches don't have to give up nearly as much for their power. Not that using them doesn't have its own cost. To access this power, witches must conform to the rule of the covens.

The covens are communities of witches centered around the wellsprings. They are all loosely connected into one overarching organization that has one goal- to protect humanity and themselves from other supernatural threats. The covens have stringent rules for witches that wish to be a part of them. They forbid many behaviors and uses of magic. They even hand down punishments which range from exile to execution. If a witch wishes to be in a coven, they must do work for them, too. Witches risk their lives doing the bidding of covens, and many die. They are pressured to have witch children for the coven, who are then made members upon birth.

You are a young, uninitiated member of the Sisters of the Dying Branch- a coven with its wellspring located somewhere in the Appalachian Mountains. You probably grew up in your coven, surrounded by other witches. You were taught magic by someone- most likely your caretakers, whoever they may be. By now, you have a good command of magic. While you are not a mastr, you know various spells and can craft items with skill. For your whole life, you've been drawing on the powers of your teachers.

But now it's time for you to be initiated. To be bonded to the wellspring, whatever consequences that may present.

Your path depends on what you do from here on out.

I'm Canary. Some of you might know me, some of you might not, but this universe is something I've been working on for a long while. Maybe... 4 years? It's really near and dear to my heart, and I've spent a lot of time developing it. So I decided to make it a roleplay!

This roleplay centers around the young witches of the Sisters of the Dying Branch coven as they go through the trials and tribulations of witch life. It will be a gritty affair, but with plenty of light-heartedness if you so choose to create it. It will take place in the modern world (without corona). Modern technology does exist in this universe. These witches are a sort of blend between those of Harry Potter and real-life witches, but with my own dark spin on it.