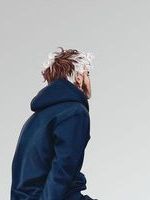 9 days ago
I have never in my life, hated myself more for doing what I thought was right. But whatever. Certificate for doing the 'right thing' on the fridge. I hope it falls off and I lose it.
4 likes
4 mos ago
Please stop inviting yourself to take lunch with me. I actually enjoy my thirty minutes of alone time.
9 likes
4 mos ago
After posting .44 times every day for the past 6 years, I've finally made it to 1000 posts. It was hard and I didn't think I could do it. But I did it. I think I deserve a day or two break on replies.
5 likes
2 yrs ago
Mahz mentioned me. I can die now.
13 likes 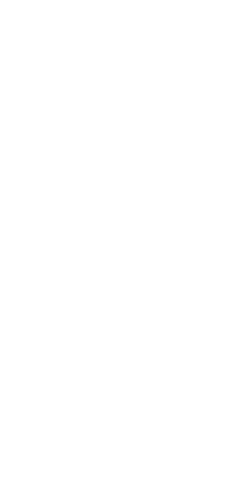 Hi. I'm almost 15 years into this. I still read like I started yesterday.

I eat slow. Multiple complaints have been made by family, friends, and exes alike. I can't help it that I'm usually the last one to finish her dinner. 🤷


The world according to me is a confusing place indeed.
When poems, haikus and short stories I can't read.

.
полуденное солнце
What a delicious thing. 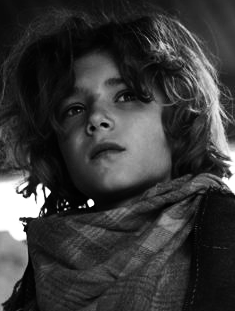 K A I • ♂️ • 1 1
In 𝒊𝒏𝒏𝒐𝒗𝒂𝒕𝒊𝒐𝒏𝒔 - 𝒕𝒆𝒔𝒕 𝒕𝒉𝒓𝒆𝒂𝒅 → 14 days ago Forum: Test Forum
K A IT H E D U N E
“I dun wanna eat you.”
The soft whispers of the girl thread themselves through the cracks in the concrete that separated their two worlds, and when they found him, he flinched.

"Y... ou' my f-fr'nd."
Each word cut into him like the gentlest of knives, and so he clutched at the rough hempen rag and tried to dull the edge. He wasn't thinking, not really. He hadn't been able to find a clear thought since when his name had been called and up until now, even in the stifling quiet of this room, he wasn't sure if there were any thoughts left to have.

So he started searching.

There was a knot tucked into the corner above him where he slept. A little dirty grey ball of bundled fabrics, holding together the tattered edges of a simple wooden bed frame that, without the knot, would fall. It was a little known secret that Dingo knew how to tie knots of all kinds. Knots for ropes. Knots for hair. Knots to hold other knots to each other. He'd used one on Kai when they were younger and stupider but Kai made him smarter with a kick. A little boy with skin like burnt ash and hair that stuck to and folded into itself. Strands like stiff branches clawing at the air around him every time he moved his head. That was Dingo, and he was about to feed him.

There was a stick leaning against the far wall. One end covered in leather that worked it's way halfway up the length of it. It made for something nice to hold on to when you had to swing it at something not so nice and also covered the splinter in the wood left behind when you hit it. Tez liked to play around with his toys like that. He'd break them and then fix them and then use them again, always making them better. Always making them hurt more. Sometimes he'd find Kai and test his new toys on him and sometimes, Kai would test him back. If he had something with reach, he'd leave some red on his naked forehead. Drag some across the funny holes on his cheeks. Smack his foot and listen to his howl echo against walls that weren't listening anymore. If he was lucky, Tez would fall and Kai wouldn't have to strain his neck to look up. But tonight, he wasn't so lucky.

There was an arm and a leg poking out from under the covers in a bed across the aisle to his own. The head attached to them was stupid. It's mouth hung open and lazy and saliva pooled around it's cheek, threatening to find it's way back down it's own throat and choke it. It had no name. Just the sound it made. A sound like being punched in the belly and letting all the air out of your lungs at once. A frightening sound, until it was all you ever heard. Then it became a warning. A kind of shrewd battle cry followed by teeth. Yellow, brown and black sickly things that scratched hungrily at your skin.

Kai thought about what it would be like to be eaten by those.

"One lass t'me.
Then there was her voice... again. The same gentle knives that began to twist into him, carving out a pit in his stomach where he found emotions buried he didn't yet understand. He started to feel for his sheets once more as that pit opened and beckoned him in.

"H're"
Through the cracks, the sound of a song he knew well found him. It was a little tune she'd often play off her lips. He could hear it sometimes across the large room where everyone got to say hello. Whenever Dingo was trying to tie him up or Tez wanted to play. At night before they had to be quiet but they would giggle at each other through that small space in the wall. Or sometimes he'd see her in his dreams, in the fire outside the walls and under a green tree. She'd hum and he'd listen. Close his eyes and forget about names and knots and sticks and teeth. The smell of stagnant breath. The stench of death and waste. The cold separating him from the one thing... he didn't mind feeding.

He pulled a piece of plastic twine from his pocket. He'd used it a thousand times before, to open things that were closed. To pick at the bugs hidden in corners when he was hungry. To pass little pieces of the world he'd found to her. The ends were rolled into his fingers and fashioned into a crude circle. A little green thing. He'd seen it before in a picture somewhere. Hand in hand. Always two hands and a circle on a finger. He found hers, her pinkie reaching through the hole to him and he slipped it on.

"W'lloo mah fr'n too." He found her eyes with his; a small green speckling against the dark brown of her own. "An mah fr'n no Mmm Mmm." He rubbed his tummy but she couldn't see it.

Ø 3 / 2 9 / 2 1 1 1 / 0 0 : 0 0 A M
In Microfiction&Poetry Contest #1 - Voting and Feedback → 14 days ago Forum: Writing Contests
I can't vote for this. I have tried and spent an entire night reading through these and watching as each one climbs to the top and then another comes along and knocks it off it's throne. Some left me very contemplative, others in awe. One of them made me laugh and there was one that was just so cute and short and it'd probably be my ringtone. So, instead of giving critiques, I'm simply going to leave a comment on how a few made me feel and why they stuck out to me. There's a loose order here but I'm also half asleep with a terrible cup of coffee trying to pick up where I left off.

полуденное солнце
It's four lines but there's too much nuance in this. And the way it's been served to me; like a plate from a restaurant with a michelin star. It tastes amazing even if I don't understand all the flavors and it's plated the best by far. It's somber but I have an odd appreciation for poems like this.

The Lepidopterist
An eerily dark and yet still inviting Mr. Magorium's Wonder Emporium.

Sensitivity to Initial Conditions
Appreciation for this grew on me after the second read. For being less of a poem and too real a thing. It's really sad in that way. Not because of a concept but because I could walk outside and run into this man.

The more I think about it, the more real it gets and it's too early for that.

Butter Flies
"You're not my dad!"