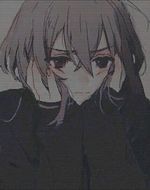 14 days ago
Just found out my left kidney wasn't done and decided I needed to deal with a second stone before I even passed the first one.
18 days ago
Kidney stone blocking the ureter...yay...thankfully only 4mm so it don't need surgery, just some meds. But that pain I felt is certainly not an ideal way to wake up.
11 mos ago
Lightly fried fish fillets
2 likes
3 yrs ago
And I was 'round when Jesus Christ, had his moment of doubt and pain
2 likes
3 yrs ago
i.imgur.com/Zki6LEk.gif < Accurate depiction of me right now after getting on RPG today.
2 likes

Be warned, can be erratic at times.

But the important question... Who takes longer to get ready in a morning lol

I was thinking human but you know what? Shame on me for thinking so in the box! Yes humanoid kingdoms are welcome!

@Hammerman@Dark Cloud
But now that it seemed like the commotion caused by the Oja-clan noble had died down, and the noble himself was more relaxed than just moments ago. She sought to go around and introduce herself since now seemed as good a time as any. Plus maybe it was better to introduce herself first. Then go looking at plants. And since she already met Kerry on the way over, her first choice was the bunny. Because not only did she sense that she was a caster of some sort, but as a bonus she'd also get to meet one of the male monsters since he was near her.

Win-win in her book.

Upon getting closer to the pair, she spoke in a pleasant tone. "Hello, my name is Valeryia Harjula. Its a pleasure to finally get to speak with you since I know my appearance earlier was not ideal for greetings." And now that she was closer to the pair, she noted how cute they both were. Which had compelled her to hold them in her wings, but restrained herself from doing so. For now at least,
In Tales Of Shizuyama (Far-Eastern Monster Girl RP) → 11 mos ago Forum: Casual Roleplay
Valeryia was glad she arrived when she did, that cavalry was quite aggressive. They seemed very determined to break her barrier once it was up. Though maybe it was them being upset they were denied killing the group? Didn't matter now though, they had found relative safety here. And weren't pursued either, though that was unsettling as it didn't make much sense to her. Still though, she rested for a bit before going around camp to patches of flora that caught her eye. That was the first order of business as she'd not pass up any opportunity to find something unique. Next would be meeting everyone, and at the same time being nosey with the men she initially assumed to be human. She could tell now that they instead were Yokai.

And at first all was going well enough. As so far, she'd found no flora that was really unique. But it still interested her nonetheless. Being able to document what grew here would still be fun. Then it took a turn for the worse when she was run into by the man who had been yelling earlier, the same man she'd ignored earlier assuming he'd just keep yelling from in front of his tent.

What a wrong assumption to make.

Now she was face down on the ground as she was bent over a bit when the man crashed into her. Along with the fact that she was not at all expecting to be run into. So could not brace her fall in any meaningful way. But in this somewhat compromising position, she could still hear him yelling and threatening a fight, so Valeryia did the only thing she could. Rolled onto her ass and faced the man brandishing his sword, spreading her wings a bit in readiness for whatever he decided to do next.

Though after a bit, the group managed to calm him down enough to make him lower his sword. And also seemed more focused on the group than her as she'd initially thought. Causing her to become a bit more relaxed and start getting back onto her feet, which was a bit of a process for her. Easily could've taken flight from her position to get back on her feet. But not only would that kick up dust and small debris that could annoy the group as a whole, but also possibly agitate the already upset swordsman as he might see her taking flight as a threat.

@FrogRFlowR@Rezod92
She did join the conversation as she struggled to stand up again. "The hornet has a point. Trying what you did on an island native isn't going to help." She quipped, having watched how she approached and attempted to deescalate the situation with seduction. It was somewhat comical.
In Fey's Shoujo/Otome Trash Can -- A few ideas for 1x1 or Small Group Fantasy Romance RPs → 11 mos ago Forum: General Interest Checks
Bastard Saintess has my interest.
In Tales Of Shizuyama (Far-Eastern Monster Girl RP) → 11 mos ago Forum: Casual Roleplay
Well. There is Valeriya's first post. I'm hella rusty with RPing so it looks rather awful to me. But gotta get things working again somehow.
Be warned, can be erratic at times.
<div style="white-space:pre-wrap;">Be warned, can be erratic at times.</div>
© 2007-2017
BBCode Cheatsheet