STATUS: Would a vegan Gangster be unable to have beef? 3 mos ago 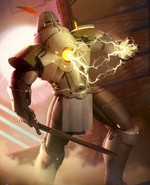 3 mos ago
Current Would a vegan Gangster be unable to have beef?
3 likes
4 mos ago
I am still trying to figure out how many licks it takes to get to the center of the tootsie pop, I get lost after 42 and I accidentally bite it.
8 mos ago
If Michigan was to be just turned into a lake. Can we call it Michigone?
2 likes
8 mos ago
So how long do you think it takes for a vampire to die it is has a splinter stuck in one of its arteries?

About me:
I am an amateur writer at best as I have had a bit of experience writing short novels and stories as a side gig (Don't ask me for help unless you are desperate. I barely know what I'm doing half the time!)

I mostly Rp on medieval fantasy, modern fantasy, and modern slice of life. However, I am always willing to do anything, except smut. I left that shit in fucking Kik and I ain't going back. And I have been roleplaying for about 7 years now.

I have a pretty open schedule right now, other than planning DnDs, and looking for a job. (Still praying that one day I can get payed to play DnD or by playing videogames, but I haven't made a dollar yet).

I am normally a very easy guy to get a hold of. If you use one of the following contact info I should get back to you within 10 minutes, if you use discord just @me and I can respond within a quick time (If I'm at my keyboard that is).

AND PLEASE IF YOU THINK I FORGOT AN RP MESSAGE ME!!!! I CAN GARENTEE THAT I FORGOT AS I WAS PROBABLY PRAYING TO THE GODS OF CHAOS THAT I WOULD BE ABLE TO WIN THE NEXT GAME OF MAGIC I'M GOING TO PLAY!!! (In all seriousness I'm very forgetful and scatter brained, just send me a message and I should be able to pump out that post in no time)

If you need my phone number: First off, who are you and why? Second off, Please don't spam me or I will find you and shove your phone down your throat and make you puke it up and do it again into a trash compactor and watch you cry. Then buy you a new phone. (Just saying I hate spam, also if you get my number you are the 3rd person to every get my phone number, next to my mom and my sister.)

The partners I am looking for right now is people who are chill and relax as well as just some genuinely nice people to chat to and play with. Any style is fine, just be ready as there are time where it will take some time for advanced posts will take me a few days.

Other than that I like to listen to music and anytime someone asks me to do a thing, 90% of the time I will just do it as I just don't care enough. But I will not sing, my voice is garbage and I am not confident enough to even try to learn now.

In Night of the Hunt - a Bloodborne RP → 11 hrs ago Forum: Advanced Roleplay
@Dark Jack sorry work has been screwing me over this week. Can't really do much other work or sleep
In The Festival of Destiny → 7 days ago Forum: Casual Interest Checks
@CollectorOfMyst

Aka, I missed you two.

You two were so much fun.

Y'all brought the crazy.

I missed our Fire Hero.

Once that happens I shall do as the axe does, chop them down
In The Festival of Destiny → 9 days ago Forum: Casual Interest Checks
@HeroWith all things considered I am doing great. I don't have school taking all that I own, and I have became a lot happier.

(To the point I can run an rp and think I can still be sane)
In The Festival of Destiny → 9 days ago Forum: Casual Interest Checks
@Hero

Yo long time no see, how ya doing?
In The Festival of Destiny → 9 days ago Forum: Casual Interest Checks
This is not my original idea, I am taking what was made by FailingForward and using it as I have finally found time in my life to do things like Rp more, where now I think running a game is very much in my grasp. (School sucks if you can make it all 4 years without stopping you are a better man than I)

I will be yoinking quite a few things that FailingForward did, as they did an amazing job building everything up before and I don't know a thing I would need to fix/rework from their creation. I just hope I can keep myself sane/able long enough to watch this come to fruition.

So if you want to know, I will be using the schedule they set up to follow and using it as a flow chart for what I will be making happen. May it be little events for people who are burning out on ideas or when I'm pushing people around to do different things, such as forcing some characters who wouldn't participate in somethings get them interested. Or you know throwing random wrenches into situations to keep things interesting. Like people appearing to try and prove themselves to their 'Soulmate' through different competitions. You know how that song and dance goes.

This is a large-group fantasy RP about magic, romance, and general light-hearted goofiness. The essential premise is that it would take place in a Standard Fantasy World (using Dungeons and Dragons as inspiration), with the key connector being that certain people in said world are born with a mark, basically a personal magic tattoo, that identifies them as Marked - signifying, essentially, that they have a soulmate somewhere else out in the world that they're destined to fall in love with. Not everyone meets theirs within their lifetime, sometimes people lead long and happy lives with people who aren't their fated match, yet some hunt for their match their entire lives in hopes for that true pair.

The RP would take place over the course of the week-long Festival of Destiny, a yearly celebration in the great cosmopolitan Kingdom of Andour in which Marked gather from all over the world in hopes of meeting their fated partner. Players would all play as marked, and could be just about anyone - rugged mercenary? Yep. Wizard's apprentice? Sure. Elven gardener? Shopkeeper? Prince of Gnomes? Travelling bard? Captain of the Gaurd? All of the above are a-okay! If they're a character (humanoid) in a D&D style universe, they're welcome. Before the RP starts, players will be secretly matched by me, the RP will begin, and we'll see who ends up with who by the end.