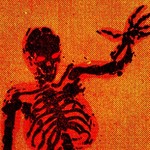 Transient Costa Rican living it up in Miami until fate or the law decides to intervene. I've been RPing for about ten years now, most of it on here. I GM on the rare occasion when a story with actual coherence pops into my head, but I mostly lurk and make a character sheet when I find RP's that really interest me.

In Young Justice Renegades: A Team Worth Dying For → 3 mos ago Forum: Casual Roleplay

I figured I might have him on a motorcycle
In Young Justice Renegades: A Team Worth Dying For → 3 mos ago Forum: Casual Roleplay
I agree with Sep, meanwhile Booster is getting it like

About the only thing the lil Luthor reach can't get the druid is probably exactly why Kev here: his biggest marketable asset is his physical combat skills on a League scale minus all the experience and proper moral upbringing. No meek bones his body thats for sure, I've got a few lines to make half the girlsCece want to slap him too.
In Young Justice Renegades: A Team Worth Dying For → 3 mos ago Forum: Casual Roleplay
Kevin never wears his glasses if I jumped the gun

I'm cruising for a bruising tho, wonder how the magic school bus will roll up with one hellvu fieldtrip 😅
In Young Justice Renegades: A Team Worth Dying For → 3 mos ago Forum: Casual Roleplay
Communal Kitchen // Edge Tower // Seattle
19:06HRS Local Time

Kevin had been quite the efficient little steamwasher back in the day. He spent it eavesdropping on the law that happen to need a bite to eat after a beat on the streets. Steamy water rose between gnarled knuckles and furtive tattoos drowing out most of what the girls in the other room had been saying to him, but thoughts of getting mugged behind a bodega after a all the chainsmoking cooks had left put that aside. ~*sSSSSSTTNNNtttt*~ "..temper temper.." snuck out of his clenched jaw, though the cloud of steam hid his strained expression. Julian however had already walked away so Kevin turned and sized up the resident librarian. momentary meltdowns made Kev who he was, though admittedly; problems have solutions, or so thought his flammable neurons. Maybe he could have the druid craft him one of those nifty necklaces he had on. Surely he had some freaky Celtic graffiti for fires. He'd might conjure something up if he asked nicely enough(considering the rest of Julian's dossier stated magic was in no short supply), considering how well tea was of an international hit here maybe he should get some. Make that interstellar hit, Dandy was partaking too so what the heck.

Kevin had a mug of his own, and a remark for the druid also, "So Conor, a ginger birdie told me you might be able to solve my problem." He took a quick sip before retorting to himself and striding up to the Celtic pair giving Eli a big grin and continued,"I need something I can wear, like some bling maybe, that keeps the firehouse from being called up ya feel me?". Kevin's elaboration and attention was cut short as he swore he saw something fly by the window.