Role Play Preferences:[/b] Pretty much everything except playing other characters and most slice of life plots. Elastic on most shit.

Fandoms: Silent hill, Homestuck, Bioshock(1-2) and pretty much all of HP lovecraft's stuff.

My Homestuck class: Bard of Void

Likes: Scented Candles, Writing, RP'ing-in almost any form really. Even if I haven't tried it before- Pixel Art, Making things period, Dressing up in my mad mass. Talking to folks. <3 that understand what I say all the time without me having to tame my tongue.

Dislike: Political talk-light prods for opinions are fine though if private- Being tied down. Talking about myself too much. Playing party therapist, Edgy shit.

Pretty approachable, most of the time I'm all fine with, motherfucking. dancing down a door way to someone else grounds to chill. I tend to either be chilling or drilling the oil out of the works so random absence or silences are a normal. 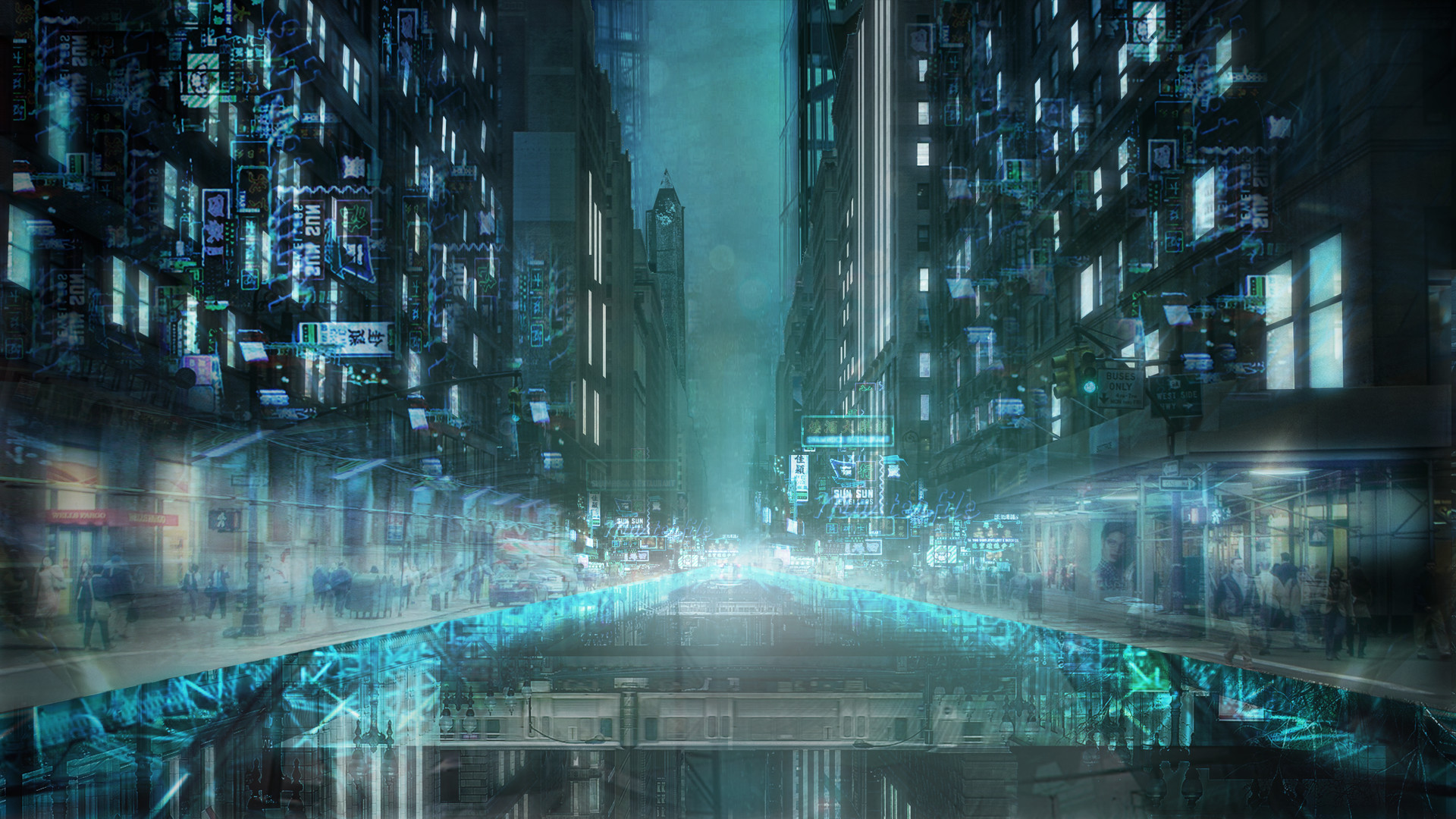 2050: Cancer is cured through a means of direct genetic alteration. Gene therapy is now a viable replacement to modern medicine. The world cheers in celeberation at being unleashed from the human condition. Peoples lives are dramatically extended, disease is a product of the pass and genetic faults are pretty much eradicated. There was some debate on what is a "disease" but in the end the debate was settled by numbers. There are no more autistic of genetic abnormalities anymore.

Healthy, long lived, free and a process that was akin to going to sleep and waking up whenever later. We had tamed the human body.

2055: Changes are introduced to the human body.

Think of all we can experience without those 8 hours under. Despite thorough testing prior release subjects changed report stranges symptoms years in. A creeping fatigue, hullicinations, trouble telling reality from fantasy, night terrors when wide awake, among other things. Panic breaks out, riots, deaths and despite the best attempts by gene clinics they cannot revert these symptoms even when returning their subjects to base humans.

Something went wrong. We thought we could handle everything and leaped before we looked. Now there's roughly 60 thousand people with this condition.

They call it the "Sandman Syndrome"

2062: Gene clinics become RnD stations again and old medicine practices start to take effect. The public faith in gene therapy has been shattered. The sandmen sufferers start committing suicide, murder, accidents and delusions at an increased rate. Sleepless lunatics who can strike at anytime. A special sector of the city called the "Tempoary Treatment Sector" was set up. A glorified, overly clean alotment of tiny apartments bundled together with scattered still operating gene clinics and therapy groups laced about.

You formulate a ragtag of people who know what it is like, because they suffer with it too. US: Night Call Operatives.

Our story follows a set of operatives in a straught central story. There won't be a lot of free roam. This will be a simple linear overall plot maybe being supllemented with smaller ones introduced by other players or occasionally me as we go along. When the main plot is resolved we'll have an epilogue period and the RP will be finished.

Posting Time: fast. I expect posts frequently. Don't worry about coming off as a good/bad writer. You're allowed to perform under your best. Just try to make it so you character does something to move the story. If you are REALLY struggling to contribue or involve yourself to the story let me know and I'll try to do something in world to help you get more into it.

I won't demand you post 2 paragraphs every time but I would like an example of your writing in rp guild so I know you can produce 2 paragraphs min as a rule.

Syndrome: Our characters are all products of the Sandman Syndrome and will occasionally experience problems and issues resulting from it- I will alert you if it affecting you at the moment in a PM and how- sandman syndrome can strike at any point and come in many ways from fainting, to hallucinations, to delusions, tiredness or even feeling oddly sick and so on. Be alert.

Work Time and off time: The main bulk of the game will take place on the clock where you will be armed and on the job but there will be intermissions where you are all off the clock. Off the clock will primarily take place wherever the hell your characters like doing in their off time and give you a chance for some casual development or intermingling. Off time is also a period where you are most vulnerble to events or issues.

Sometimes I may throw in an office party or something whacky in off time as a little distraction.

Off time will end relatively quickly.

Danger and Death: you may die in this game or may be injured. Not taking a threat seriously will end your life. This is not a hard coregame and is meant to be casual. As long as you take some precaution and think before you leap you won't find yourself in many scenarios that can kill you off unless you do something really dumb...like stand out in the open in a gun fight.

Shopping: I plan to set up a little shop of possible items, weapons, armors and maybe other stuff in game that will expand or lose items as the plot progresses.

Prefered players: I'd like 3 to 4 players at least. All players must be operatives. Your work will focus more on detective work, therapy and sometimes combat. Your authority is limited and how you do your job will effect how other people react to you. Remember...these are angry, confused and tightly pact people here you're trying to police.
In Under the Eye of the Master Controller! → 9 mos ago Forum: Casual Roleplay
@Celsius

Sorry,brother, seems that way. I'd shill for it some more but frankly,motherfucking, I ain't got the fuel to vanish for what in my experience will be very little return. In my experience if I go salesman for an RP not attracting people like this I might claw 2 people or so but even for the intent of this fire in the future 4 people would be pretty under.

I apprecaite inviting your friend and those of you who did sign up though, kindred.@I-Am-X@Zoey Boey
In Living under the eye of the master controller:Need RP'ers. Gamey, casual fun. → 9 mos ago Forum: General Interest Checks

The year is 2069 and YOU have been selected to try out a new utopian settlement programe on mars!

Not only do you get a chance to be a part of the future but under the AI you are always assured to have a job, your own office within the Tomrrow Settlement, the neccesary FREE training to be a qualified civil astronaut and basic space settlement skills. The govt union in this project has agreed to let this be utilized as a form of rehabitilation!

Disclaimer: The goverment nor is Digital Domain Technologies responsbile for any loss of freedom, invasion of privacy, bodily harm, loss of sanity,loss of INsanity, loss of humanity or loss of life that may occur durring this expirement.

UEMC is an RP where people take turns being the A.I in each new game iteration with the person playing A.I chosen randomly IF they submitted an A.I sheet with their crew sheet. If not they simply stay crew. Each session will be fairly short-in RPGuild terms anyway- with death, chaos, growing madness, changing goals, new settings, tools and new A.I ready to help...torment....confuse and generally bugger with the crew. Only bound by their goals and their 3 lores.

If you like the premise come in and check it out.

roleplayerguild.com/topics/181870-und…
In Under the Eye of the Master Controller! → 9 mos ago Forum: Casual Roleplay
@Celsius

shit, excuse the escape there, comrade. I got shrouded by the zs most of the day and been away from the,motherfucking, screen to the bridge across the quarintine.

Sure, deliver them the keys to the gate, brother. The more the merrier.
In Under the Eye of the Master Controller! → 9 mos ago Forum: Casual Roleplay
@Zoey Boey

Shit, same, sister. I've must of hosted around 3 or 5 of these types of games and if I advertise more than a insecure horse at the dawn of the motor I might be able to get 4 to 5 people tops. If I'm lucky.
In Under the Eye of the Master Controller! → 9 mos ago Forum: Casual Roleplay
Hmmm.

Not exactly shooting out of the gate. Story of my DM career.

I'll try and up the advertising for this in a little while, my,motherfucking, mobsters of tomorrow. Not looking very hopeful right now though.
In Under the Eye of the Master Controller! → 9 mos ago Forum: Casual Roleplay
@Celsius

Upload that Daiymo of DOS into the character section, kindred. It's accepted.
In Under the Eye of the Master Controller! → 10 mos ago Forum: Casual Roleplay
@Zoey Boey

Go ahead, my commander of the caps and capitals. Ignore the first post in characters that won't be pertinent for a while.
In Under the Eye of the Master Controller! → 10 mos ago Forum: Casual Roleplay
CHARACTERS
All characters used in all games will be documented here as well If they won,how they won and a summary what they did in their session.

A special slot for deceased characters or characters that lost their game. How they died and why they died is archived here. Their dying post will be linked.

In Under the Eye of the Master Controller! → 10 mos ago Forum: Casual Roleplay
@Celsius